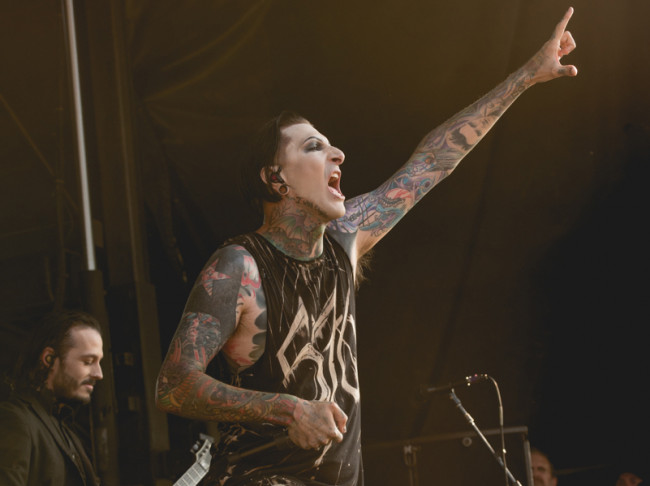 Boasting “an epic lineup of emo and rock bands from the past two decades,” the When We Were Young festival was announced seemingly out of nowhere yesterday, making waves on social media with a poster packed with big names slated to perform on the Las Vegas Festival Grounds on Oct. 22.

Representing Northeastern Pennsylvania, metal band Motionless In White is on the list among many other Vans Warped Tour alumni. The Scranton natives spent years working their way up from the small Ernie Ball Stage to main stage headliners, so they’ve certainly earned their place on this nostalgic concert that will somehow pack all these acts in between 11 a.m. through midnight.

Tickets for When We Were Young, which start at $224.99, go on sale this Friday, Jan. 21 at whenwewereyoungfestival.com.

“So excited to be a part of another amazing festival this year,” the band posted on Facebook and other platforms. “See ya there.”

So excited to be a part of another amazing festival this year. Register now for When We Were Young Fest presale that begins Friday, January 21st at 10am PT. See ya there.https://t.co/nhMkrOCuBo pic.twitter.com/UhI48ywBej

Black Veil Brides and Ice Nine Kills are also set to play this show, but before that, they’ll join Motionless In White on the Trinity of Terror Tour. The triple headlining North American trek kicks off on March 17 in Mesa, Arizona and ends April 27 in Norfolk, Virginia, stopping at The Fillmore (29 E. Allen St., Philadelphia) on Saturday, April 16 for hometown area fans.

While they couldn’t tour due to the pandemic, Motionless In White performed on live “deadstreams” – one to celebrate the 10th anniversary of their debut album, “Creatures,” and one at the historic Pennhurst Asylum in Spring City that currently serves as a haunted attraction.

They also did some recording, such as an unexpected cover of The Killers’ hit song “Somebody Told Me” and their latest single, “Timebomb.”

“We are really excited to release a new piece of music to bridge the gap between all of the COVID downtime and our next record coming in 2022. ‘Timebomb’ felt like a great standalone track to touch on the heavier side of the band and to give fans something to headbang to during our return to touring,” frontman Chris “Motionless” Cerulli said in a press release last year.

“It feels so good to be getting back to work, and ‘Timebomb’ feels like a perfect way to celebrate the ‘next normal.'”

The band’s next album, their third for Roadrunner Records, is due out later this year.

See NEPA Scene’s photos of Motionless In White performing at the final Vans Warped Tour at The Pavilion at Montage Mountain in Scranton in 2018 here. 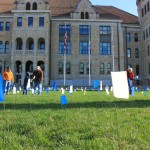