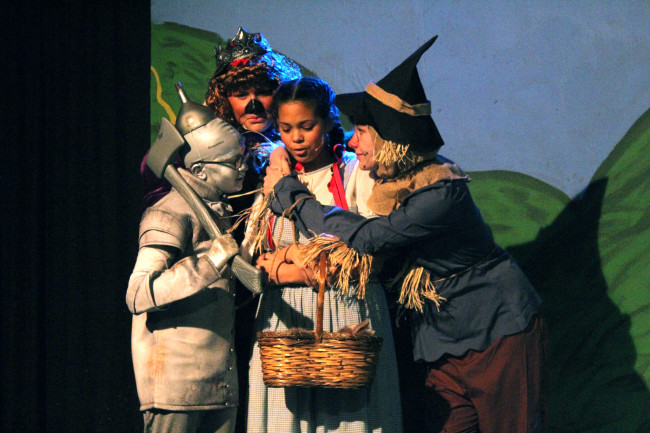 Act Out Theatre Group will present the classic musical “The Wizard of Oz” on weekends from Friday, Feb. 25 through Sunday, March 6.

A cast of 27 children and teens from Lackawanna and Luzerne Counties will help transport audience members from Dunmore to Kansas to Oz – and, of course, back again.

“I am so excited for this production,” said Kalen Churcher, the show’s director. “‘The Wizard of Oz’ has always been one of my favorite movies, and bringing it to life on stage has been an amazing experience. The fact that this year would have been Judy Garland’s 100th birthday makes everything that much more special.”

Maddan Bennett of Throop and Alaina Scassellati of Jessup play Dorothy Gale, the young girl who is transported over the rainbow after a tornado strikes her Kansas farm.

“It is such an honor playing an iconic character such as Dorothy,” Bennett commented. “I’ve seen the movie so many times, and I was just so happy to get the part of Dorothy and hope to do the part justice.”

Bennett shares the stage with her twin sister Macie, who plays Glinda, alongside Keely Zabresky of Bear Creek Township.

“Double casting is sort of an Act Out tradition,” said Churcher of Plymouth. “Actors and actresses regularly have a main role and an ensemble role so they can learn as much about the process as possible. Of course, that doesn’t always happen, and sometimes we have actors who have two main parts or one main character track that they keep throughout the production.

Benjamin T. Gruden of Plains Township plays the Cowardly Lion and the Tin Man, depending on the day. Similarly, Dennis Lee of Larksville and Bella Cerra of Scranton also pull double duty, playing the roles of Scarecrow/Wicked Witch and Cowardly Lion/Oz, respectively.

Lee describes the double casting as one of his favorite parts of the process but also admits it can be a challenge.

“Playing two main characters is a challenge on how well you’re able to remember specific voices, body movements, and lines,” he explained.

That challenge is not exclusive to the main characters, however. Those playing one main character often have multiple ensemble roles they need to fill.

“The hardest part of the show for me was probably staying in character all the time,” said Sophia Tomasino of Shavertown. Tomasino plays the Scarecrow and several ensemble roles. She shares the stage with her younger twin brothers Guy and Rocco, who are in the children’s ensemble.

“Since I have one huge role and then a bunch of ensembles, it’s always a picking and choosing game on how to act.”

“People should come see the show because we have all worked so hard and are so proud of what we have put together,” said Zabresky, who in addition to playing Glinda is also one of the munchkin mayors. “It’s a classic that everyone knows and loves, and people from ages 1-101 can come and enjoy it.”

Act Out Theatre Group is primarily a children’s-based workshop theater that also produces several adult-cast productions annually and offers a variety of classes in its arts and education center. The theater is now registering for March classes and upcoming workshops. Email Act Out directly at actouttheatre1@gmail.com to register for classes or workshops. 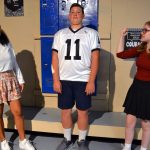 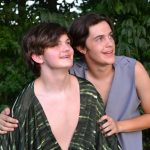