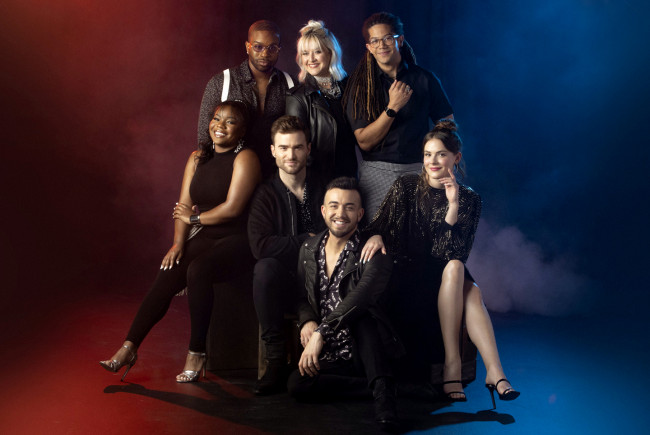 Today, Disney’s premier a cappella singing sensation DCappella announced a fall U.S. tour, “Deck the Halls with Disney Featuring DCappella,” including a date at the F.M. Kirby Center in Wilkes-Barre on Tuesday, Dec. 13.

Kicking off Nov. 4 in Spokane, Washington, the cross-country trek goes right through the holidays, concluding on Dec. 23 in Cedar Rapids, Iowa. This tour follows a Japanese run this summer.

In honor of Star Wars Day (May the 4th), DCappella unveiled a new music video for “Cantina Band,” their take on the song composed by John Williams that appeared in the original 1977 film “Star Wars: A New Hope.”

Premiering on People.com this morning, the “Cantina Band” video marks the first time ever that an outside film crew was permitted to shoot within Oga’s Cantina in Star Wars: Galaxy’s Edge at Disney’s Hollywood Studios at Walt Disney World and the first music video ever captured on-site. The song is part of “Magic Reimagined,” the latest DCappella EP released last Friday.

Known for their reimagined classics from the Disney songbook, DCappella originally came together as a result of a nationwide search for the best vocal performing talent in a cappella and stage. Since their debut on the “American Idol” stage during Disney Night in 2018, they have completed a 40-city tour through North America and parts of Canada, and they sold out an 18-city tour of Japan.