NEPA Scene was the first publication to tell you about “Tray,” a new documentary currently in production about pizza in Northeastern Pennsylvania and the region’s unique history and relationship with everyone’s favorite flatbread food. The story, which became one of the most popular articles we’ve ever published, was then picked up by many other media […]

In Northeastern Pennsylvania, pizza is curiously ordered by the “tray,” not the pie, and that’s not the only thing unique about the area’s relationship with the cheesy Italian dish. Growing up in Scranton, Jeremy Saltry and Joey Dominick know just how ingrained – baked in, if you will – pizza is in NEPA culture, so […] 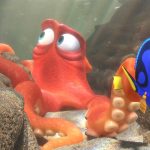