From a press release: During the spring semester, the Schemel Forum’s World Affairs seminars at the University of Scranton will deliver a full spectrum of enlightening virtual presentations on current topics starting in February. Eight experts in their fields will bring their insights into the homes of area residents, once again through a Zoom format […]

From a press release: The Lackawanna Historical Society in Scranton will once again join regional partners in observing Anthracite Mining Heritage Month throughout January. This annual event focuses on the history and culture of Northeastern Pennsylvania’s coal region. Because of health concerns this year, all events will be conducted online via Zoom. The society will […] 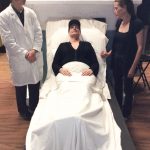