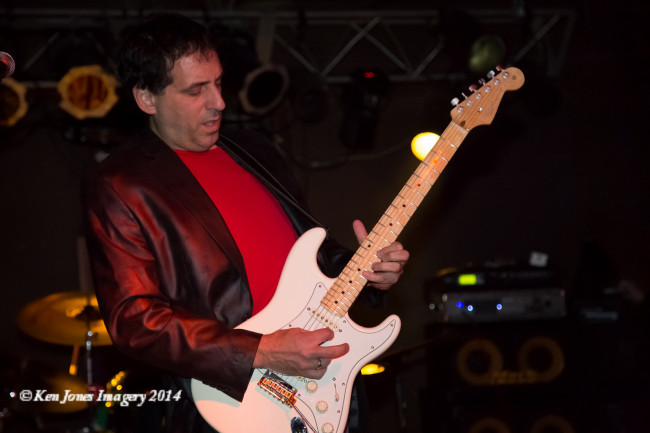 Recognition for one’s talent is always appreciated. For Charlie Russello, that recognition took place in the form of Guitarist of the Year Award at the first annual Steamtown Music Awards – an award that he’s been the owner of, in the minds of fans and fellow guitarists in the area, for over 20 years.

Friday night, Oct. 10, at the V-Spot in Scranton, the Electric City Music Conference kicked off with an awards show that honored many of the best musicians and musical artists in the area. Russello was nominated in three different categories, not only as guitarist of the year, but also as a member of The Idol Kings, who won their category of Best Tribute/Cover Band, and also for his original band, The Russello Project, who won the popular vote for Jam Band/Jazz Fusion Act of the Year by a landslide. (The full list of winners is here.)

But it’s the recognition that matters to Russello, not just winning the award. This very humble musician would have been just as happy if any of his competitors had won.

“I feel terrific for being recognized by my musical peers as guitarist of the year. It’s nice to know your work and passion means something to someone other than yourself,” Russello commented.

“But I’m even happier knowing that the local music scene is moving in the right direction by uniting and breaking down barriers for artists in our area. We need to stay involved and get everyone who performs in our area involved.”

On Sunday, Oct. 12, Charlie and his band wowed the crowd at O’Leary’s Pub in Scranton as part of the conference’s Musicians Showcase. (For a full set of photos from the show, click here). This instrumental trio, with John Carpenetti on drums and Mike Bosi playing bass and keys, has a unique blend of guitar-oriented rock and New Age sound that leaves audiences spellbound and yearning for more. Charlie describes The Russello Project’s music as more of a “soundtrack to your own life.” People have come up to him after shows expressing how they’ve interpreted some of his unique and emotional compositions. This is when he knows he’s succeeded.

The Russello Project is busy right now. With a huge gig coming up in Niagara Falls, New York this week, performing with Sacred 13 at the Evening Star Concert Hall, they are hoping to spread their impressive musicianship to a whole new area. They return home to play a show at the V-Spot (906 Providence Rd., Scranton) on Saturday, Oct. 25. Joining them for that show, which features a Halloween theme and costume party, will be other area favorites Sucker and The MESS. Whoever wins the costume contest will receive two tickets to an upcoming Queensrÿche show in Wilkes-Barre.

The near future, which looks more promising every day for the group, also holds the release of a long-awaited full-length album as well as a concert DVD the band shot in the summer. 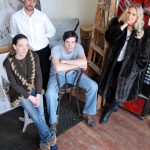 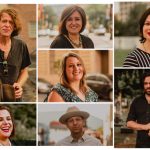