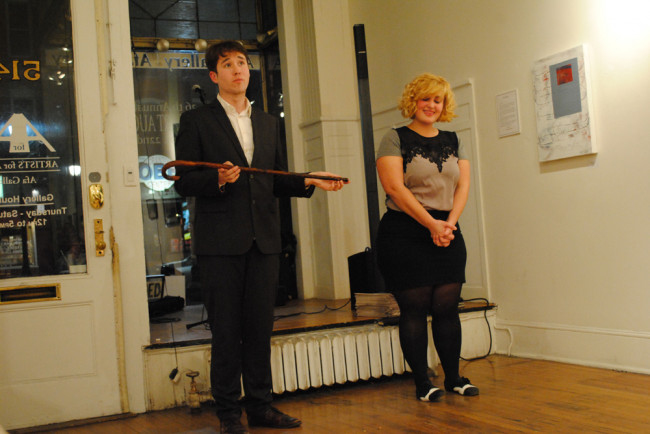 The first-ever Scranton Fringe Festival won’t be held until Oct. 1-4, 2015, but local supporters witnessed a taste of what is to come at a fund/awareness raiser on Saturday, Nov. 15 at the AfA Gallery in Scranton.

Performers included Steve Werner playing his handpan, musical duo Daniel Amedee and Sarah Burke from New Orleans, and Conor O’Brien (organizer of the Fringe Festival) and Simone Daniel performing a preview of “The Darling Core,” an original play that will be presented at the Olde Brick Theatre in Scranton this weekend and next.

Beer and wine were served alongside vegan wraps from MAC’S Wholesome Kitchen in Dunmore and other appetizers. Equality Pennsylvania and local magazine Pagitica were also on hand to discuss their respective causes.

For more information about the upcoming Scranton Fringe Festival, read this article.

All photos are by Rich Howells with the exception of the last seven, which were provided by Michelle Beck of Allegro Photo. 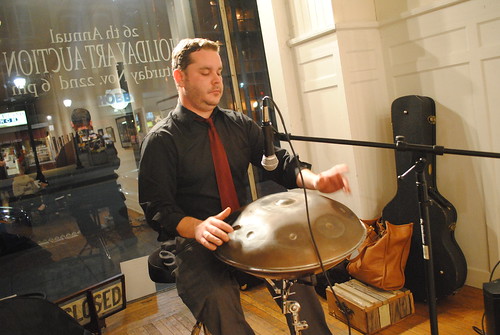 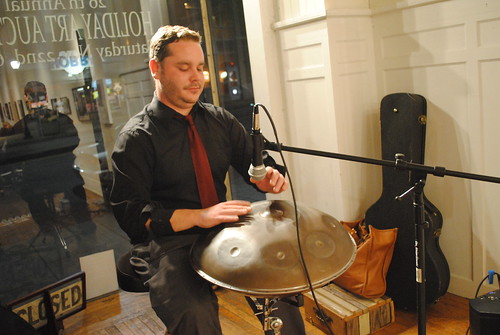 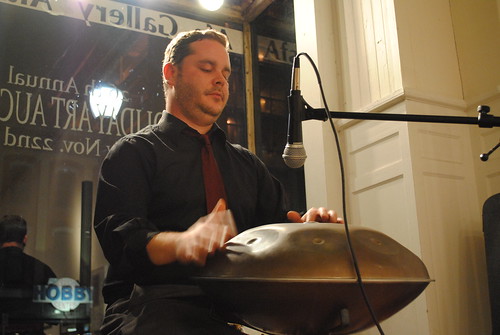 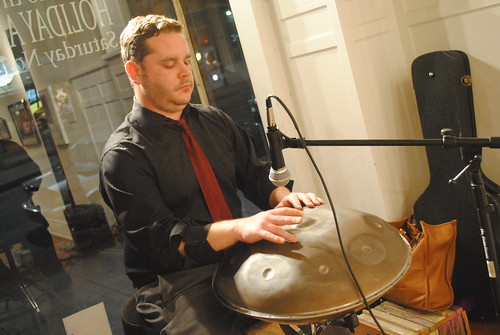 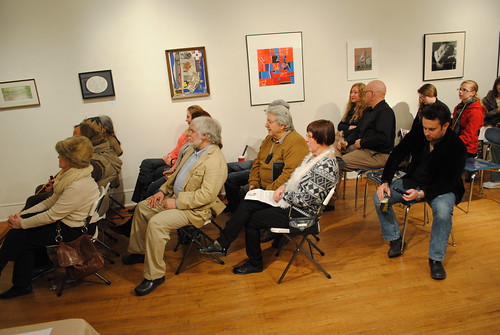 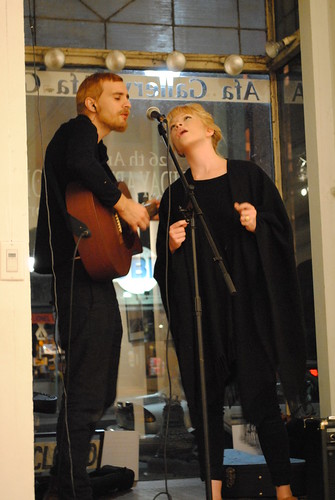 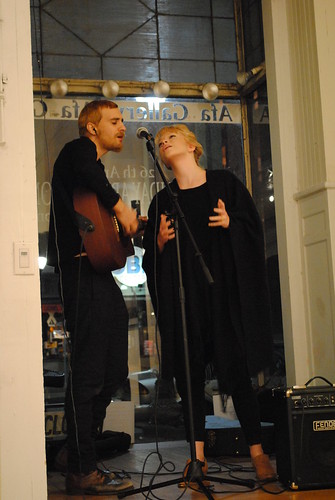 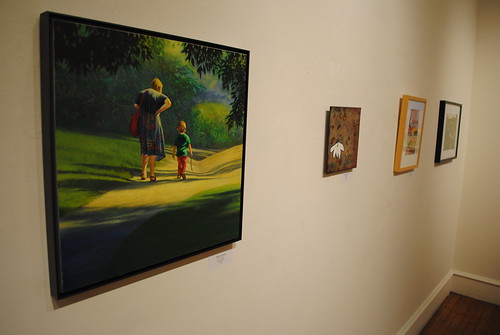 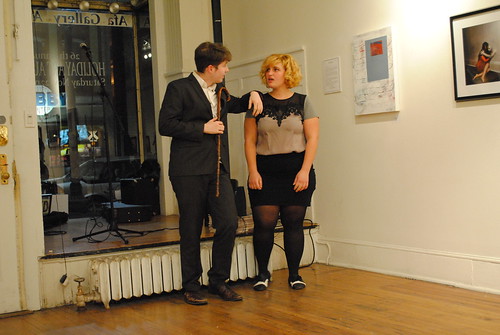 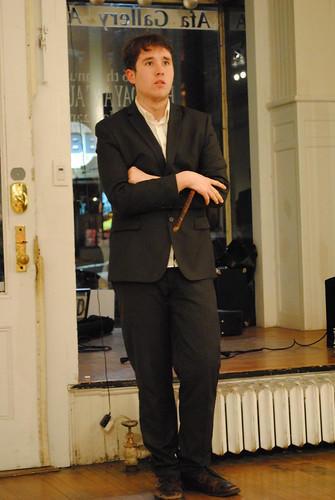 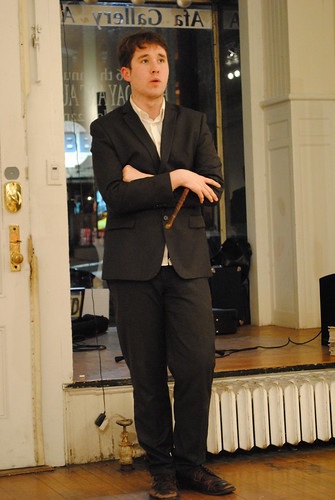 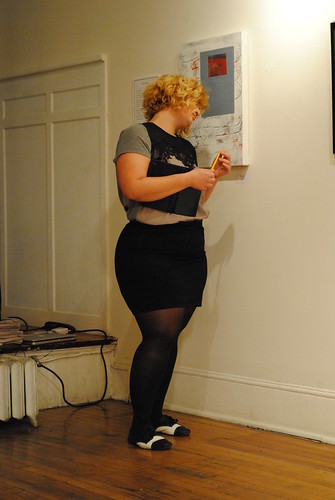 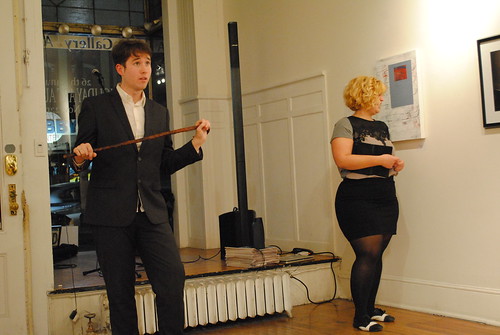 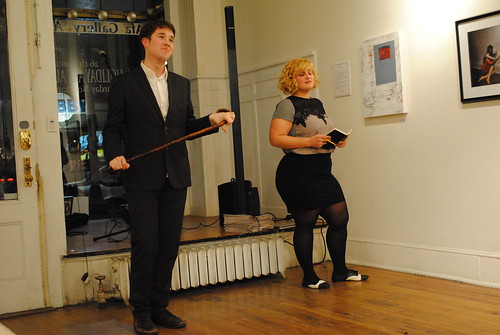 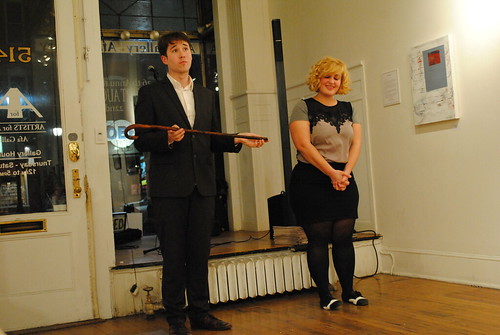 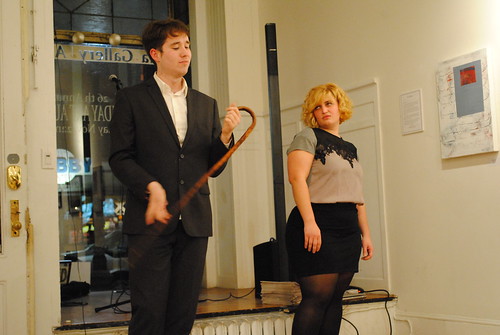 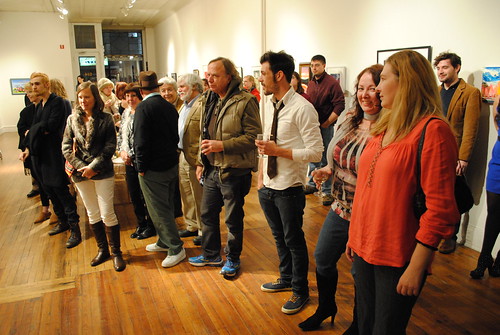 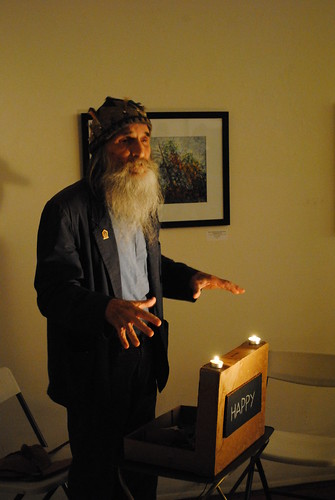 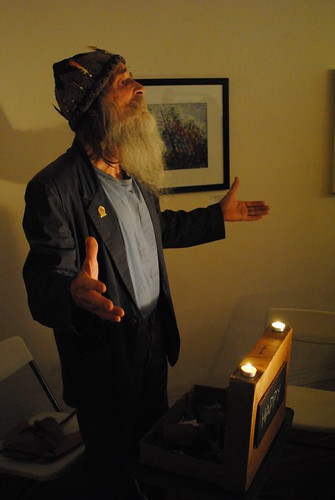 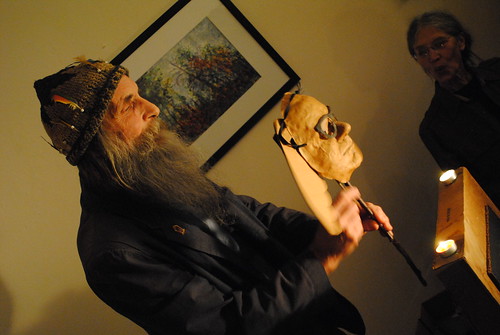 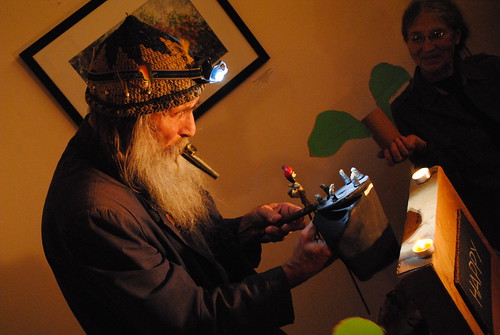 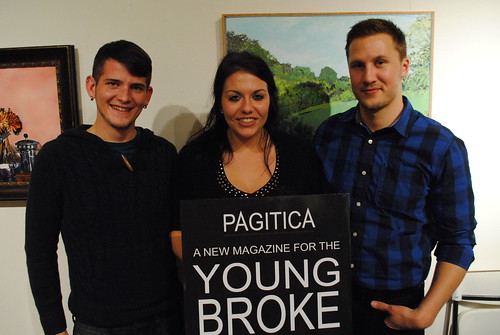 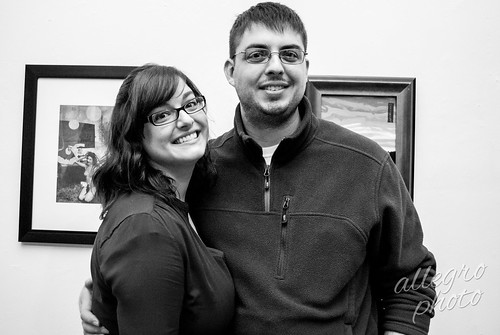 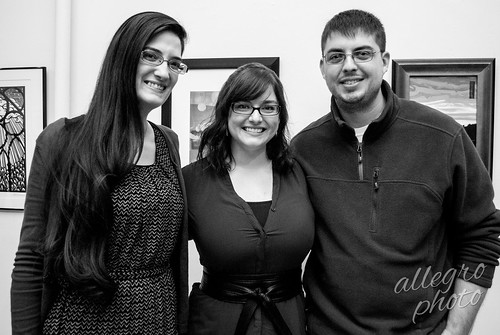 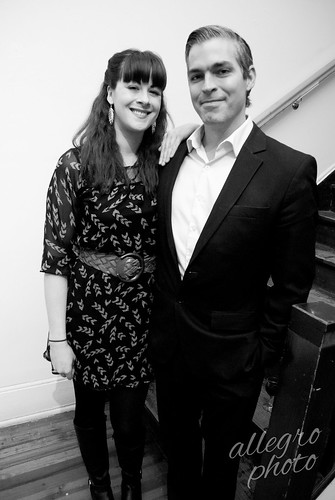 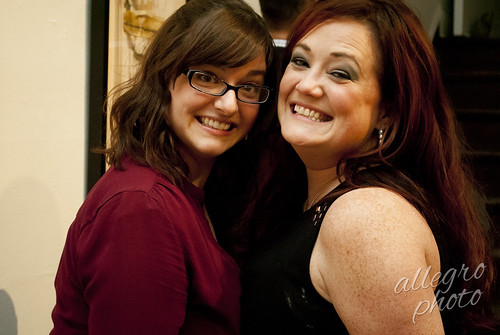 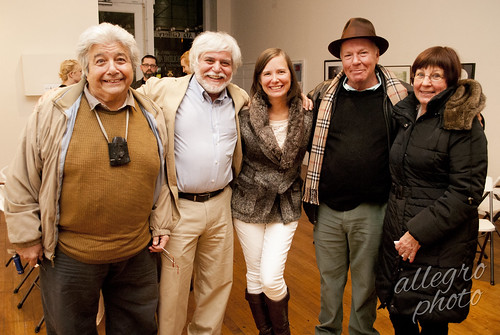 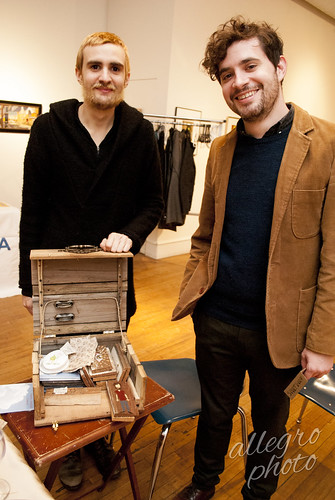 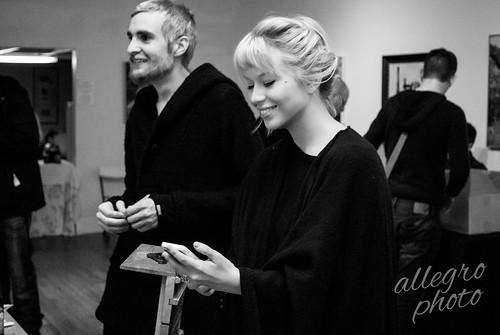