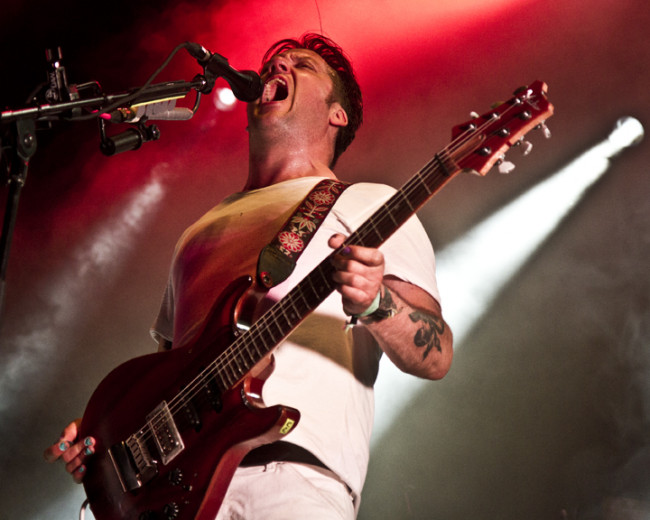 You never know what to expect from Modest Mouse frontman Isaac Brock until he’s already atop the stage before the crowd, either too inebriated to remember his lyrics or crushing his set with a clear, strong voice and that extra oomph.

Luckily for those at the Levitt Pavilion SteelStacks in Bethlehem Monday night, Brock showed up in top form, clad in all white and only a little drunk – fortunately, he was at the level of drunkenness considered fun to be around. 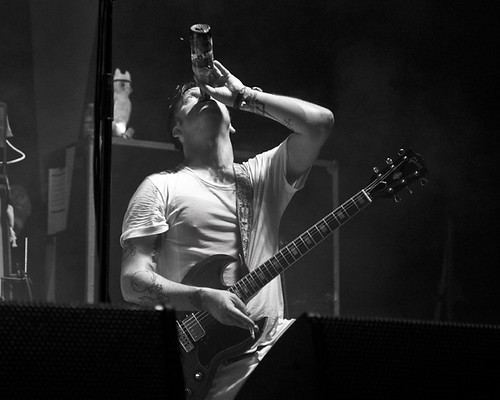 The band opened their set just before 9 p.m. with the up and down “The Tortoise and the Tourist” from their sixth album “Stranger to Ourselves,” released back in March.

The song features a twangy guitar and begins slowly before hitting a crescendo as the hook drops. Brock set the tone for the show during the song, snapping his head back as he belted the lyrics and finishing strong with his guitar behind his head.

Though not sold out, the show was packed to its nearly 2,000 seat capacity with beer-chugging, bouncing bodies who cheered loudly as the band began their third song of the evening, “Lampshades on Fire.” Not a person was still as Mouse played through the up-tempo song laden with Brock’s unique vocals and heavy with music from two drummers, a violin, and multiple guitars. 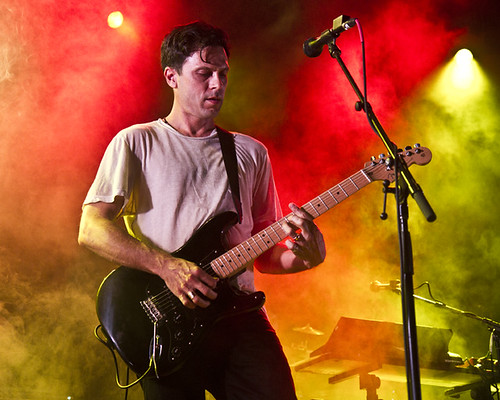 Before jumping into “Out of Gas” from the band’s second studio album “The Lonesome Crowded West,” Brock sipped a beer and joked with the crowd.

And as further evidence of his unusually good mood, a fan hopped onstage and ran across it during the song. Brock smiled and called out, “Good job, buddy,” quite literally not missing a beat.

Mouse then moved into “Dashboard,” off of the band’s 2007 release “We Were Dead Before the Ship Even Sank,” where Brock received help from the band’s Swiss Army knife: multi-instrumentalist Lisa Molinaro. 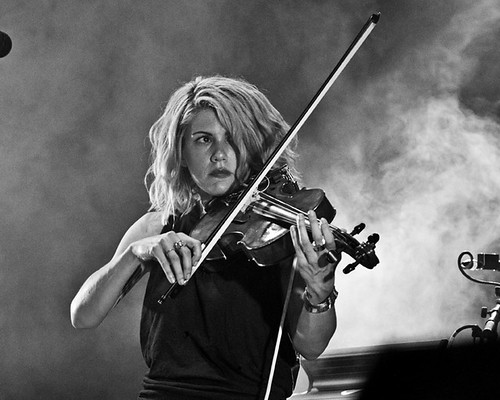 She jumped between the keyboard and violin, offering her paradoxical, compared to Brock’s, soft, melodic voice during the song’s hook as the frontman wailed the choppy lyrics in a myriad of voices.
The true indication of Mouse’s excellent performance was how engaged the crowd remained throughout the set. Dedicated fans who have followed the band since the mid-90s, and those who fell into the mouse trap after the band’s hit “Float On” overwhelmed radio waves in 2004, were all placated with the diversity of the set.

Tori Kayal, a Denver native who was in Bethlehem visiting family, said she hadn’t “really heard much” music from the first Modest Mouse album, but became a fan “15 years ago.”

“This is some happy nostalgia,” she said. “To be here is amazing.” 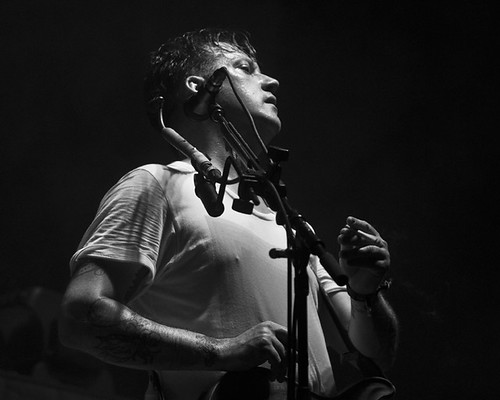 Unlike other bands, such as the Kings of Leon, who have reportedly been reluctant to play “Sex on Fire” – arguably the band’s most successful hit and vastly different from their earlier, more country-sounding work – Modest Mouse seems to be embracing the tones of their latest album, coming seven years after its predecessor, “We Were Dead Before the Ship Even Sank.”

Fittingly, Mouse closed the show with “The Good Times Are Killing Me,” which touches on the sometimes debilitating effects of escapism, which fans over the years have speculated centers around Brock’s addiction to drugs and alcohol. Yet however somber the tone of the song may be, the band was lively and exited the stage to the soundtrack of a roaring crowd buzzing from their performance. 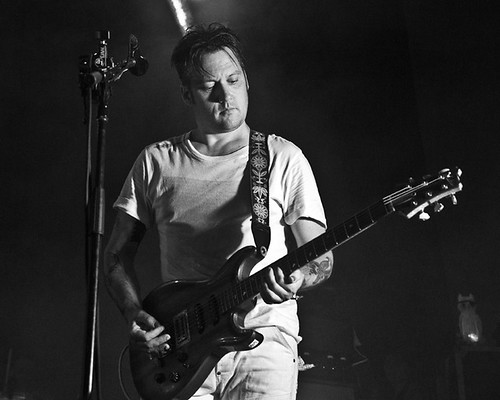 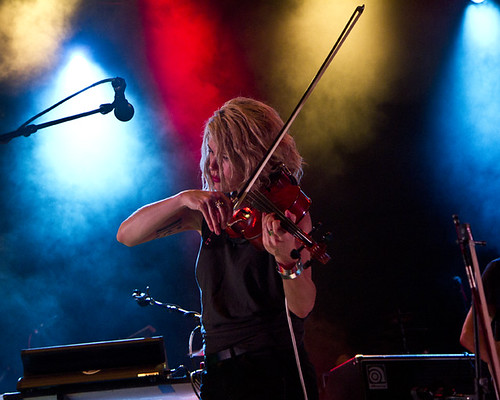 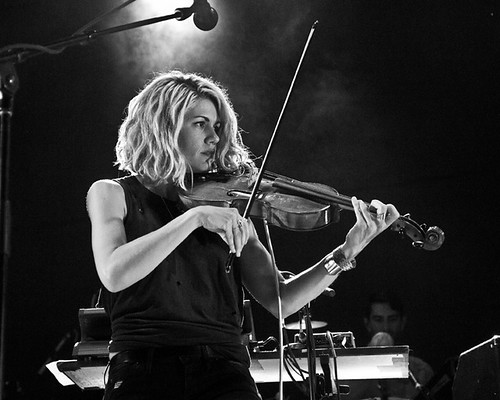 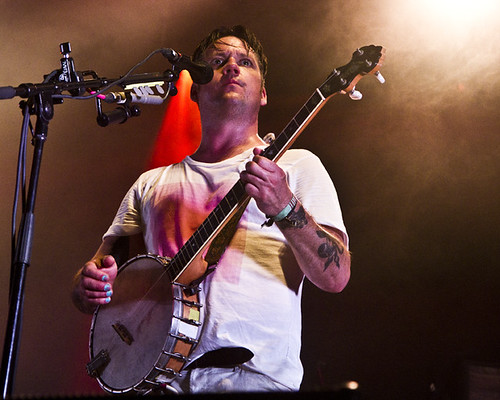 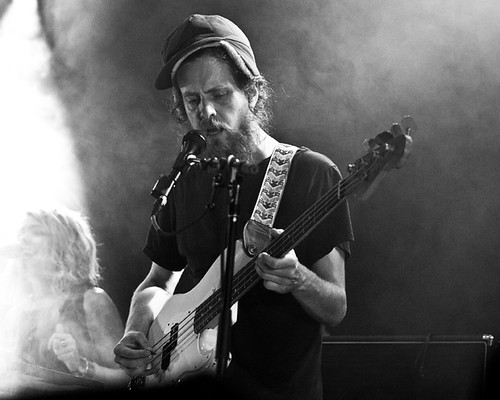 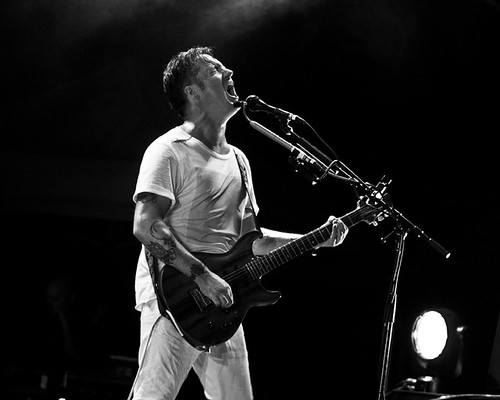 Tyler is a Scranton-born journalist who recently received his bachelor's in English from Penn State University. He is currently a reporter at The Sentinel, a daily newspaper outside of Harrisburg.