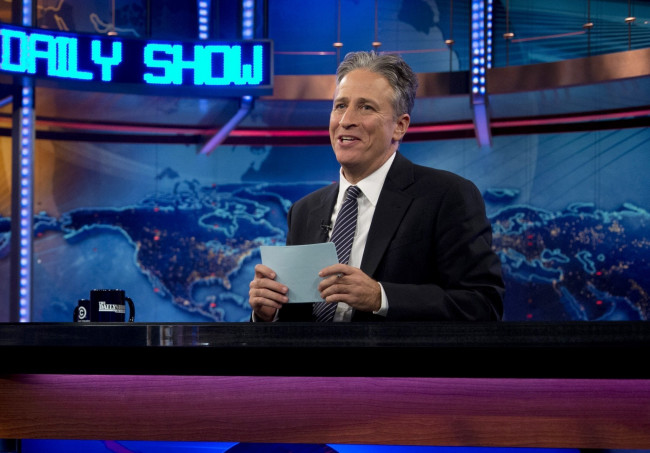 If you have been keeping track of this column over the past months, you probably have some sort of inkling that I am not a big fan of change.

If things could remain the same, I’d be totally fine with that. I like being comfortable in the things that I surround myself with. The direction Marvel and DC has taken these past few years left a bad taste in my mouth and, hell, I still have not gotten over the PG content change WWE made a few years ago – give me the Attitude Era any day of the week! To be fair, this goes beyond entertainment, but I’m not going to go in depth in that respect. I’m sure you’d love to hear about it, but that’s a discussion more suited for my therapist. ANYWAY… last week, a rather big change happened in the world of entertainment, and that’s a change I am not ready to make.

On Aug. 6, Jon Stewart retired from Comedy Central’s “The Daily Show,” ending his 16-year run hosting the nightly news satirical (but often topical) program. I have not watched a single episode of “The Daily Show” in, probably, the past few weeks aside from a random show here and there. I have not even watched his final episode yet. I’ll tell you why in a little bit, but first I should explain how much “The Daily Show” and, more importantly, Jon Stewart actually mean to me.

You see, I began watching Jon back in 2000, when Comedy Central came into the area when Adelphia Cable (now Comcast/Xfinity) expanded their channel listing. I was a sophomore in high school back then and was instantly hooked after a single episode! I loved the variety of segments “The Daily Show” offered. I loved the correspondent pieces, the fake “on location” segments, the writing, the comedy, etc. Most of all, though, Stewart and “The Daily Show” helped me become the politically informed individual I am today.

I don’t believe I would have become as informed a person if Jon Stewart didn’t make politics seem accessible to me with his mix of wit and humor. He interviewed presidents, politicians, businessmen, celebrities, authors, comedians, friends, and enemies (maybe not so much “enemies,” but “nemeses” is probably a better word for them). Jon did not pull punches, either. He not only called people out onto the carpet, but entire networks as well. He held people of influence and power accountable for what they said, did, or presented to the public.

The passion he showed every night was something else that was shocking. He cared about what was happening in this country and around the world. Jon would not hesitate to call “bullshit” over something that was happening halfway across the globe or a few hours outside of New York City. He exhibited the same type of emotion that his audience would have because he was just like us. Hell, I remember his first episode back after the 9/11 attack. The emotion-filled speech he gave all those years ago will be forever etched into my memory.

…now he is gone. Someone who has helped develop an aspect of who I am today is not a part of my life any longer. I know I am not the only one who feels this way, so I do apologize if I am personalizing this sentiment. Then again, this is my column, for fuck’s sake, so please bear with me. You may be wondering why I have not watched him and his show recently, or at least his final episode. Well, to watch the lead-up and his finale is admitting that he is no longer going to be there, and I guess I’m just not ready yet.

Yes, I know “The Daily Show” will return in a few weeks. Trevor Noah will be helming it, taking over for Stewart as Stewart did when Craig Kilborn left the show. I have heard that the writers will still have jobs on the show, and that the current set of correspondents will be returning as well. I am sure the legacy of “The Daily Show” will continue and will be just as good as when Jon sat at the desk. But… it will be different. In this case, I guess I will have to accept the change one way or another. Maybe next week will be a good time to watch Jon’s final series of episodes. I suppose I can get it done in a single sitting, partially to rip the bandage off quicker as opposed to letting it linger, though I better do it while I’m alone. I wouldn’t need anyone seeing my emotional response to a man who made politics engaging and entertaining all at the same time for me and millions of others.

In the end, I would like to thank Jon Stewart from the bottom of my heart for entertaining and informing all of us over the years. You may not know it, but you, Mr. Stewart, really meant quite a bit to an awful lot of people. Thank you so much for your 16 years of hard work on “The Daily Show” (and even more years in the comedy industry itself).