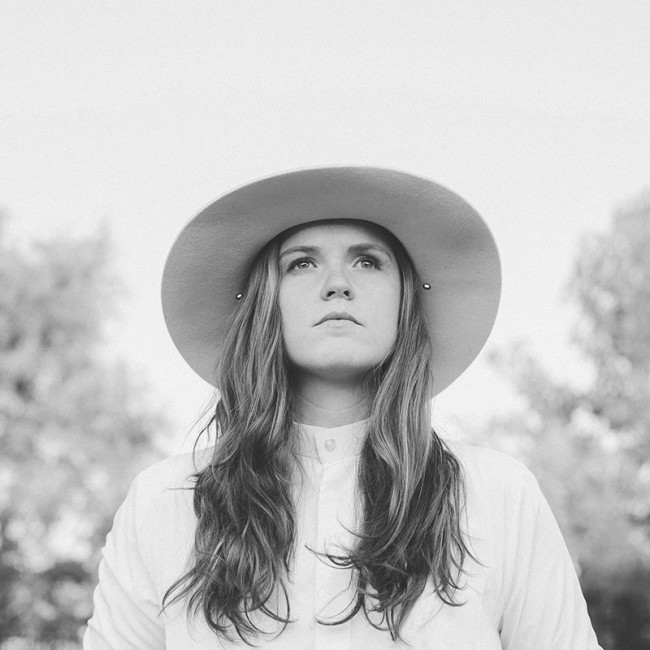 Band makes local debut on Saturday, Oct. 17 at The Keys

Scranton and Detroit have been compared many times over the last few years, as they are both financially distressed cities with industrial, blue-collar histories, yet they share a more positive link as well – the sheer amount of creativity from artists who have risen from these dismal circumstances to produce prolific and vibrant music scenes.

Saturday, Oct. 17 will be singer Jax Anderson’s first time setting foot in Scranton, but her indie pop band Flint Eastwood should feel right at home in the Electric City, pulsing with the vibes of fellow melody makers Mock Sun, Bottle Rocket, and Skip Monday at The Keys. Still, to get a better understanding of where she comes from and where she’s headed, NEPA Scene chatted with Anderson about overcoming the most difficult year of her life through the production of Flint Eastwood’s new EP, “Small Victories,” how her local scene contributed to this personal and life-changing undertaking, and the importance of dancing and cool hats.

NEPA SCENE: How did the concept of Flint Eastwood first come about?

JAX ANDERSON: Flint Eastwood is a culmination of everything I love: playing music with friends, having a good time, and Western films. Throw in bowling and it’d be my favorite thing on the planet.

NS: Where did the name come from, and how does it tie into the music?

NS: How do you think your music has evolved over time?

JA: FE has been an ongoing project since I was 16 (give or take a few name changes), so it’s evolved quite a bit. “Small Victories,” my next release, is definitely the most conceptual and intentional project I’ve ever done. It was created in an extremely collaborative format, and I’m very proud of what it turned into. 15 minds are better than one.

NS: How has coming from Detroit shaped or influenced your music?

JA: Detroit has a hustle and passion that’s unmatched in other cities. Here, people care if you’re doing something honest and genuine over trending and technically good. I love that the backbone of the city is hard work and community. Detroit is my love. I will never abandon it.

NS: Your music videos definitely have a cinematic quality to them, and your performances incorporate multimedia elements. Why is this imagery important to your music?

JA: This goes on with the collaborative/community nature of Detroit – I was passionate about these songs, and three directors stepped forward out of the goodness of their hearts to continue in that passion together and help make these videos happen (Shane Ford for “Find What You’re Looking For” and Charlie Kelly and Elysia Vandenbussche for “Glitches”). It’s very important to me for these tracks to have accurate representations of what I see in my head. I’ve never been one to be tied down to one medium.

NS: Your new EP, “Small Victories,” comes out Oct. 23. Tell us about the production of the album.

JA: The production of “Small Victories” was very exciting for me! I’ve always enjoyed working with other artists, and with this release, I took it up a notch. I recorded the EP with my brother/production and songwriting partner Seth at Assemble Sound in Detroit. It’s located in Detroit’s second oldest church and is truly an invigorating community to be a part of; so much creativity flows in those walls. It’s becoming a hub for Detroit musicians to hang out and write. People like Alex Kaye from Valley Hush or Josh Smith from Gosh Pith would stroll through and give their opinion on songs or lay down a guitar part that would give a song the extra lift it needed. It was an awesome feeling to create such an emotional piece of music with so many wonderful minds.

NS: How did the setting of a repurposed church shape these songs?

JA: These songs were written about the passing of my mother. I was raised in a very religious home, so recording in what once was a religious space felt very honest and true to the story for me. Assemble’s vibes definitely helped me write to the best of my ability.

NS: Is it difficult for you to share something so personal with a mass audience?

JA: For me, a lot of times my way of coping is to talk about something until it becomes normal. I tend to be a very private person, and it’s always been difficult for me to be totally honest, but when I went in to write these songs, it was the only thing I could sing about. My mother was my closest and best friend. Losing her was and is still extremely difficult for me. Writing songs and forcing myself to talk about and face her passing has been very healing for me. I think with any hardship people are afraid to be vulnerable. They’re afraid of sharing too much – and, yes, there is a line with oversharing, but sometimes you just have to say fuck it… We all have wounds and bruises, and we shouldn’t be afraid to talk about them because we’re all human and we all face pain, and instead of facing it alone, we should embrace it and help each other. 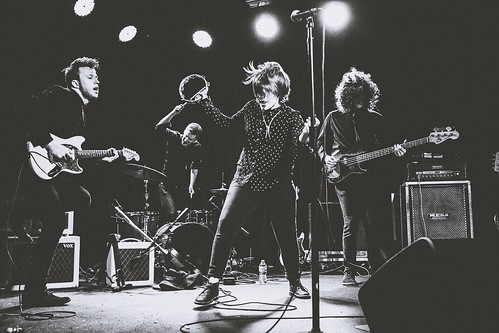 NS: When you were writing these songs, did you take each one on separately or as an overall concept tying in together? What was your writing process like?

JA: I went in with a blank slate on each of these songs, and they naturally became songs about different milestones in my healing process. A lot of these songs were written on the other side of a feeling, but “God Only Knows” comes to mind as the most of the moment song on the EP. I had spent five or six months pretty much locked away after my mom passed. I didn’t want to be around anyone. I remember finally convincing myself to go out and seeing all of these people I usually had seen almost every weekend. I walked up and everyone kept saying, “Hey! How ya been?!” and I remember thinking, “Why are you so happy? You have no idea where I’ve been…” I had just gone through what was basically the hardest year of my life, and in true human form, I was scared to be vulnerable and didn’t want to burden anyone, but I remember that every time that someone asked me, it would feel like a punch to the gut. I wanted to tell them how I actually was, but who wants to be the downer at the party, ya know? Instead, I went into the studio the follow morning and it just naturally came out.

NS: In other interviews, you’ve talked about the importance of “small victories” in life, particularly when you’re pursuing something creative. Is this something you had to learn yourself over time, and if so, how did you learn it?

JA: I feel fortunate enough to have had amazing people places throughout my life that have taught me this lesson since a young age. There’s so much good to celebrate in life. We’re so accustomed to chance after enormous milestones all of the time, when in reality, they only come every once in a while. As a human being, you have to rely on small victories to survey.

NS: What do you hope that listeners will take away from this EP once they hear it?

JA: I hope more than anything that these songs open up the conversation of being honest with those around you. I hope people take away that it’s OK to grieve something, but at the same time, it’s OK to dance.

NS: What has been your favorite show you’ve ever played?

JA: I played a house show in Woodbridge in Detroit that was by far my favorite show. House shows in Detroit have the most passion and energy. This one was particularly wild!

NS: Will this be your first time in Scranton, performing or otherwise?

JA: It will! I’ll avoid any jokes about “The Office.”

NS: We appreciate that! Many have compared Scranton to Detroit. What are you expecting from this particular show?

JA: I’m just hoping that everyone has a good time – I know we will!

NS: What can those who attend the show expect?

NS: What’s next for you and the band after Scranton?

JA: We head home, release a new EP on the 23rd, and play shows like crazy.

NS: OK, finally, we must ask where you get your awesome hats.

NS: Is there anything else you’d like to add?

JA: Thanks for interviewing me, and thank you for reading this! 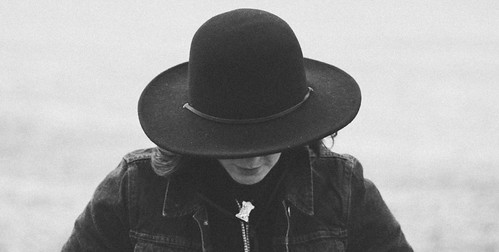 The show is 21+. For more information, visit the Facebook event page.