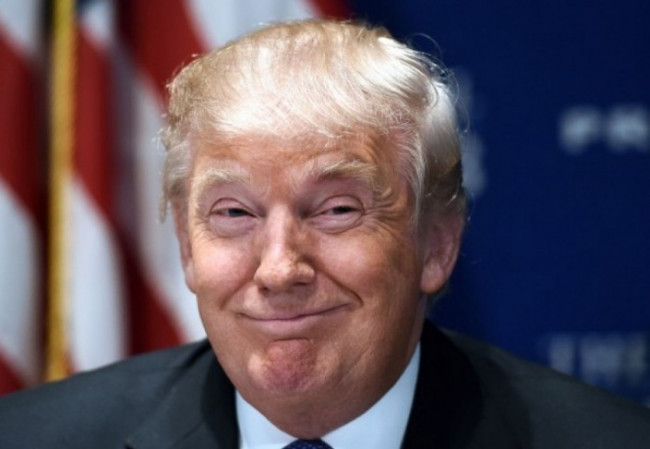 The aroma of pumpkin spice is filling your Dunkin Donuts, Starbucks, and local coffee shops. Oktoberfest beer kegs are being tapped left and right. Children are learning their “three Rs.” Pundits are on our television screens while politicians are traversing the country. Not only is it autumn, it must be campaign season again and, just like the Christmas shopping season, it seems to begin earlier and earlier. Hell, it’s damn near perpetual anymore. Yet, somehow, this season seems different.

As of this writing, there are – if my political awareness and my math is correct, and no one else has dropped out – 21 candidates (possibly 22 if Vice President Joe Biden decides to enter the fray) vying for the big prize of the presidency of the United States as if they were in WWE’s Royal Rumble match-up! The Republican Party alone has 15 people still in the race, and most shocking of all is who is leading their polls – Donald Trump. Honestly, I can see why he’s leading those polls and why he is so popular among the Republicans. I know this because – God help me for saying this – I kind of like him for those same reasons.

Please, hear me out, fellow clear-thinking readers! I know those are fighting words, but it does make sense, I promise you! First and foremost, this has absolutely nothing to do with Trump’s policies and personal beliefs/opinions; that is very important to understand. His popularity has everything to do with how he’s carried himself thus far. I think most observers and outsiders (Democrats and Independents) are curious as to how he can be the Republican leader. It isn’t all that difficult to understand, actually.

Donald Trump is a successful businessman who has been in the public eye for decades. People know him and recognize him because of that public persona. The other benefit he has is that he isn’t a career politician. The Republican Party has been put in a terrible place over the past few years. A good majority of the party do not trust any career politicians right now. They look at Trump as if he is one of them – a regular citizen who wants to improve the country.

As for me, there is something to be said about a regular guy wanting to better the country. It’s almost admirable of Trump, and it pisses me off that our system of government doesn’t see more of this shit happening! The majority of our founding fathers weren’t politicians, per say. They were prominent figures of their day; some were lawyers, generals, successful businessmen (sounds familiar?) who wanted to better a growing nation. Since then, career politicians get elected to a position and don’t ever want to relinquish it. People – even myself – see him as someone who is as close to a throwback to that kind of candidate at this moment.

Another boon that Donald Trump has going for him is his enormous sums of money. On the surface, this helps him immensely in that he doesn’t have to go out and try to acquire money for this campaign through fundraising and donations. This non-act also has the added bonus of not having to pander to anyone, and someone who doesn’t have to worry about financial backers is a fucking amazing thing!

He has, in fact, not taken one red cent from a super PAC, lobbyist, or special interest whatsoever for his campaign. Why hasn’t he? Simple – he doesn’t need their filthy money because he has more than they do! Since he’s using his own funds, he is – in theory, mind you – the first candidate not in anyone’s pocket. I don’t know about you, but that’s pretty fucking cool to me. He’s been turning away lobbyists left and right, which shows the public that he’s a candidate that cannot be bought! I’d love to vote for someone who I knew, up front, wouldn’t be a stooge for cigarettes, guns, oil, etc.! That fact isn’t attractive only to me, but a large amount of voters on both sides of the aisle as well.

I do think Trump’s greatest strength lies in the fact that he has never been, nor ever will be, politically correct. In the current world climate we live in now, everyone tiptoes around every topic over fear of offending others, whereas he just doesn’t care what he says and who he (potentially) can offend. And yes, I realize this also gets him as much heat as it does support but, again, he doesn’t care. It doesn’t matter if he is talking about policies his is opposed to or people who attack him in the political or public spheres, Trump speaks his mind like a “fuck” farmer from the dust bowl; his fields are barren! He pulls no punches, he’s brutally honest to a fault, but in that lies the fact that everything he says is entirely transparent.

Trump has been at odds with Fox News, the go-to network for Republican propaganda, recently, to the point where he even boycotted their network for a few weeks. He has stood behind podiums telling established politicians and right-wing nut jobs exactly what he thinks of them day-in and day-out. He is standing there – a representative of the non-establishment – telling the establishment to basically go fuck themselves. How is that not going to make him extremely popular?! It’s refreshing to see someone not give a shit about being politically correct. To be fair, it does speak to me a little bit more since I was a “Stone Cold” Steve Austin fan from way back when, and don’t tell me it’s different because, when you get right down to it, it’s the same damn appeal.

Seduction – that is exactly what’s going on here, people. The Donald may not be a good candidate for the presidency, but he sure as hell is a seductive one. There are aspects to his personality that can flirt with the most sensitive and knowledgeable voters out there. That, my readers, is why he is leading the Republican polls. He appeals to people at a base level. If the majority of his policies weren’t so extreme, he probably would be even more popular, but that’s the rub. His policies are TOO extreme. He is anti-union and an anti-vaxer, he opposes the Affordable Care Act, he wants to erect a giant wall between the U.S. and Mexico, he wants to round up every single illegal immigrant and ship them back, and he opposes the SCOTUS gay marriage ruling, just to name a few. He opposes too many things that moderates and liberals feel are acceptable.

Is there a part of me that likes him and how he carries himself? Absolutely. However, I will never once consider voting for him because it is merely a seductive pull I have towards him – sorry, but that’s as awkward for me to write as it is for you to read. If Donald Trump was anybody else – someone with those same personal qualities and traits, but with more moderate beliefs and policies – that person would have an almost absolute chance of becoming president. It is ultimately the polarizing nature of Trump himself that will cost him the election in the end, and it’s almost a shame because, on paper, he almost seems like the perfect person to hold office… minus the hair, of course.