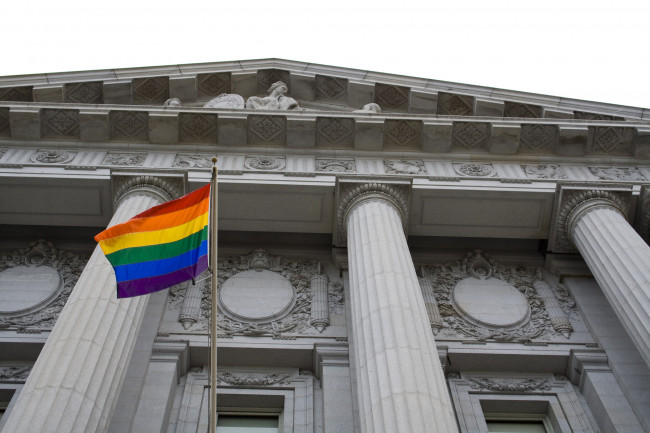 Last August, House Bill 1510, the Pennsylvania Fairness Act – a bill that would prohibit discrimination based on sexual orientation and gender identity – was introduced to the House and has been stalled ever since. One might be inclined to believe that there simply hasn’t been enough time for the House to get around to dealing with it but, according to Ted Martin, director of Equality Pennsylvania, the state has been trying to pass some version of the Fairness Act for 13 years. Unfortunately, after more than a decade, we seem to be no closer to a resolution.

State House Speaker Mike Turzai placed House Bill 1510 in Butler County Republican Rep. Daryl Metcalfe’s state-government committee knowing that it would have no chance to survive. Metcalfe is well-known to be no friend of the LGBT community, allowing several of these bills to die. He’s stated that he does not support the LGBT community and sees such events as the passage of marriage equality to be an open defiance of God’s law – not Pennsylvania’s law, God’s law – as though “God’s law” has any place in a country that was founded on the core principle that “Congress shall make no law respecting an establishment of religion…”

It’s very hard to believe that there is hope of HB 1510 passing, but the truth is that the state is more than ready for it. The bill has a co-sponsorship by 17 Republican legislators and the full support of Governor Tom Wolfe. In fact, according to Allegheny County Democratic Rep. Dan Frankel, if the bill could just find its way to the house floor, there is clear indication that it will pass. But will it ever find its way? We continue to wait.

Meanwhile, Senate Bill 974 – a very similar bill to HB 1510 – finds another obstruction in the form of Senator Mike Folmer, who sees no reason to rush into passing it — you know, after 13-plus years of attempts to pass similar laws.

“I don’t see the urgency here, at least not the same compared to the medical marijuana bill,” he said when asked why the bill isn’t moving. “No one is dying.”

I, and thousands of others, would respectfully disagree. People are dying. They are dying through abuse, denial of service, and discrimination. While this myopic senator insists that the bill can sit and wait, people are killing themselves because they have no hope for recourse, no faith in a system that has continued to turn a blind eye to them. Trans women of color are being killed at an astonishing rate. Trans people, in general, are being legislated out of existence, harassed, beaten up, and publicly threatened with death by people who dare to call themselves Christians yet have no understanding of the meaning of the title.

Sen. Folmer has stated that he is more concerned about religious rights despite also believing that “no one should be fired because they are gay.” Well, if you truly believed that, sir, then why aren’t you doing something about it? Why does religious “liberty” take precedence over the civil rights of hundreds of thousands of LGBT Pennsylvanians, especially when religion has no place in government? And especially when there are religions that do not support discrimination based on sexuality or gender identity? In that case, exactly whose religion is being represented here? Whose liberties are more important when there is supposed to be liberty for all?

After 13 years of people insisting that there needs to be an anti-discrimination law, when, more than ever, could there be a greater sense of urgency? There is no better time than right now. And if Folmer can’t see that, than he, like Metcalfe, must be so prejudiced that he cannot see over his own privilege. At least Folmer seems to say something that would indicate he understands fairness, but I have to wonder how he can turn away from such an urgent matter and insist that no one is dying when the proof is all around him. If he would just open his eyes, meet with those in the community he is supposed to represent, and listen to their stories, perhaps he would see how deadly inequity can be.

So what is holding him back from seeing it? The answer is simple – he doesn’t want to. Neither Folmer nor Metcalfe want to. They would put their own religion above the rest of us.

Just to state for the record, my beef here is not with religion. I don’t care if someone is a Christian, a Muslim, a Jew, or whatever. My problem is with a person in government who has sworn to uphold the Constitution, which states that there shall be no bias towards any one religion, not abiding by their word to do so. When someone refuses to see urgency on a matter this important, I wonder how they can be allowed to have so much power.

To that end, I wonder how well Folmer and Metcalfe actually follow the words of their Bible, especially the part where Jesus said to love everyone, and that “whatever is done unto the least of my brothers and sisters, you also did unto me.” He was pretty explicit about who gets to enter heaven and how charity and tolerance plays into it. Folmer and Metcalfe may want to review their thoughts on that… but I doubt they will.

If I may have my “Kanye West/Hurricane Katrina” moment, Folmer and Metcalfe don’t care about LGBT people. At least not as much as they care about a God who, for some good reason, created those very same people.