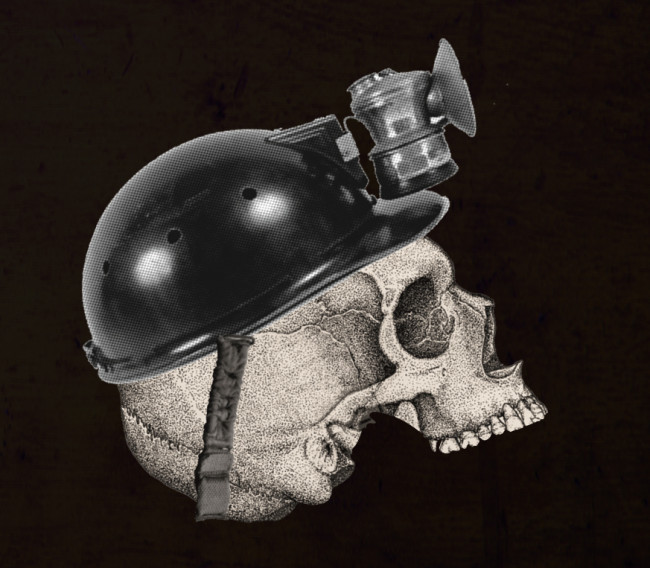 As a lifelong resident of Northeastern Pennsylvania, music journalist and author Maxim W. Furek has always been interested in finding out what really happened during the Sheppton mine disaster.

And since he didn’t see anyone else delving into the mystery of the August 1963 disaster, he decided to take on the subject himself.

Furek, a Berwick native who now makes his home in Mocanaqua, published his third book, “Sheppton: The Myth, Miracle & Music,” late last year. The book, which explores what happened to two miners who survived a mining accident on Aug. 13, 1963 and spent two weeks underground before being rescued, is published by CreateSpace, a subsidiary of Amazon.com.

Before his various book signings throughout the area, Furek talked about miracles, cannibalism, secrets, Stephen King, the Pope, and the region’s “greatest urban legend” with NEPA Scene.

NEPA SCENE: First, tell us a little bit about yourself and your background.

MAXIM W. FUREK: I’m among the first wave of Northeastern Pennsylvania rock journalists that includes Jerry Kishbaugh, George Graham, Jack “Ozzie” Smiles, LA Tarone, and others. I was founder of Timothy, a newspaper created “to promote Northeastern Pennsylvania’s musical talent.” At that time, The Buoys’ “Timothy” [1971] had been the region’s most successful rock song. Curiously, through a strange sequence of events, Timothy evolved into the highly successful Pennsylvania Musician and Maryland Musician magazines.

“The Jordan Brothers: A Musical Biography of Rock’s Fortunate Sons” [1986] was my first book. The Jordans were the first group to release “Gimme Some Lovin’” – even though England’s Spencer Davis Group had written it. On Nov. 12, 2011, I inducted the Jordan Brothers into the Schuylkill County Council for the Arts Hall of Fame, which was a big thing for me. The group deserved every bit of the attention and tribute that they received. Unfortunately, they were virtually unknown in the Wilkes-Barre area.

(Note: Furek’s second book, “The Death Proclamation of Generation X: A Self-Fulfilling Prophesy of Goth, Grunge and Heroin,” was published in 2008.)

NS: What sparked your interest in the Sheppton mine disaster?

MWF: I’ve always been interested in Sheppton. It’s the coal region’s last remaining secret and our greatest urban legend. I didn’t see anyone else delving into the mystery and, as a baby boomer, I felt an obligation to document this weirdness, perhaps, for a younger generation. But too, in a sense, I wanted to celebrate the macabre legacy of Northeastern Pennsylvania just as Stephen King successfully did for Maine.

NS: Why is there still an interest in what happened in that mine more than half a century later?

MWF: Even after 53 years, Sheppton remains current. The rescue technique developed in Sheppton was used during the 2010 Chile copper mine disaster that saved the lives of 33 Chilean miners. That ordeal was documented by Pulitzer Prize winner Hector Tobar in “Deep Down Dark: The Untold Stories of 33 Men Buried in a Chilean Mine,” and also in the motion picture “The 33.”

Another variable of current interest is about the miraculous. The rescued miners, David Fellin and Henry Throne, believed that Pope John XXIII was with them during their two-week entombment and had saved their lives. Numerous Vatican researchers and academics reached the same conclusion. Some were convinced that what had transpired in that horrible pit was nothing short of a miracle, evidence of the workings of God.

NS: Since the disaster happened more than 50 years ago, how did you go about your research?

MWF: Sheppton continues to resonate, and people continue to talk. I spoke with relatives of the miners, with residents of the Sheppton area, and with Schuylkill county folks. I spoke with individuals involved with the rescue operation who provided detailed information. Some were eager to talk with me, while others disclosed personal information only if I kept their names confidential. It was amazing, the number of people who seemed apprehensive about revealing Sheppton’s secrets. There were a number of individuals who knew Fellin and Throne but did not like them on a personal basis. Rather than castigate the miners, they opted to not say anything about them, so it was a mix of different attitudes and beliefs. 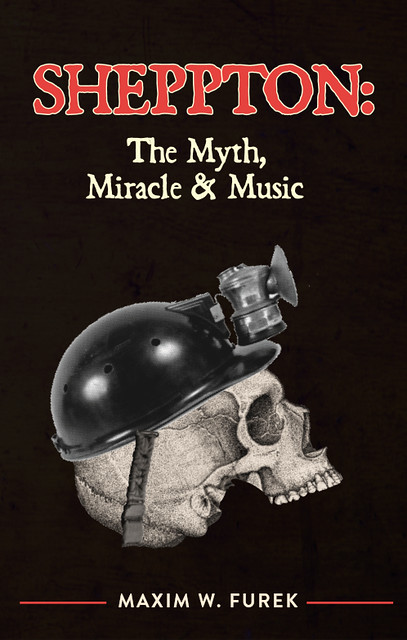 NS: Do you think you have uncovered any new information about the disaster?

MWF: Probably not. The story of the rescue technique and the drilling technology of that era has been well documented. There have been several books written, as well as numerous documentaries, so that ground has already been sufficiently covered. What I attempted to bring to the table was a different perspective, a different approach. I wanted to investigate the elements of the miraculous but also of the supernatural.

My chapter on the “Hollow Earth” will probably be one of the more controversial because it is something that has gone virtually unnoticed. People will debate if this is science fiction or science fact.

NS: What do you mean by “the Sheppton Mythology?”

MWF: Sheppton is much more than just a mining disaster with innovative coal mining technology and a successful rescue. The Sheppton Mythology is bizarre and fascinating. It resonates on sundry levels. These include themes of the supernatural and of the miraculous. But there are also darker themes, such as the grotesque allegations that hint at cannibalism. Sheppton represents a convergence of elements, a modern day mythology that has yet to be unraveled.

NS: How does the mine disaster tie into music, especially “Timothy” by The Buoys?

MWF: I was always intrigued by the grotesque allegations of cannibalism during the Sheppton ordeal. Remember, we were only teenagers at the time. Sheppton’s theme of cannibalism predated George Romero’s cult film “Night of the Living Dead” [1968] and was our equivalent to today’s “Zombie Nation,” “World War Z,” and “The Walking Dead.” It seems as though every generation has a need to explore these terrifying and morbid themes.

NS: How long did you spend on the Sheppton book between research and writing?

MWF: In 1980, I interviewed Rupert Holmes, who wrote “Timothy,” so I guess that’s about 36 years working on the project. I never finished the Sheppton manuscript because I was involved in numerous other projects. About a year and a half ago, I decided to finish it. I basically rewrote the book and utilized two professional proofreaders, plus my wife, Pat. She’s the best – has a keen eye. We spent a lot of hours proofing it. I’m so glad that it’s over. It’s been a long and strange and arduous trip.

NS: Have you started on your next project yet? If so, can you tell us what it will be about?

“Sheppton: The Myth, Miracle & Music” retails for $15 (which includes sales tax) and is available on Amazon.