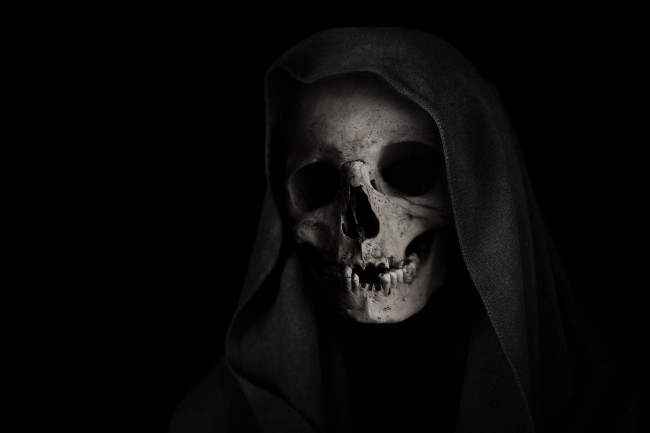 The personified representation of a year has not changed for quite some time. When a new year begins, it is always depicted as a newborn baby. As the year progresses, that baby ages until, on Dec. 31, he becomes Father Time, an old man who is ready to welcome and relinquish his duties to a new Baby New Year. The process continues so on and so forth. Given that imagery, I think everyone can agree that Baby New Year 2016 came into this world with an insatiable bloodthirst, a chip on its shoulder, and a Bowie knife clutched between its gums! Why such a visceral and uncharacteristic description? Because 2016 has been such a little bastard from the get-go!

The last week of 2015 saw the deaths of NBA Hall of Famer and Harlem Globetrotter Meadowlark Lemon; metal icon Lemmy Kilmister, and singer and daughter of a crooner great Natalie Cole. That’s just off the top of my head. 2015 was filled with the passing of so many musical, cinematic, and sports legends that many hoped 2016 would bring a respite from the Grim Reaper. Unfortunately, 2016, even as an infant, picked up right where 2015 left off – the little shit!

On Jan. 8, the public was treated to a new record from David Bowie, “Blackstar.” This amazing album was released on his 69th birthday, but the meaning and weight behind it and its first single, “Lazarus,” would not be felt until the following Monday, when the wondrous and enigmatic artists passed away. That is when the public learned of his 18-month battle with cancer and how he used what time he had left to create a swan song album to leave his fans and the world after his death. Instead of remaining silent and simply fading away from this awful disease, Bowie gave the world a piece of goddamn art with a story that will become a legend in due time. For me, that’s both absolutely fucking beautiful and utterly heart-wrenching. And with the Thin White Duke’s death, Baby 2016 continued on its spree.

Famed actor Alan Rickman, known for his roles in “Die Hard” as Hans Gruber, “Robin Hood: Prince of Thieves” as the Sheriff of Nottingham, “Dogma” as the Metatron, and the “Harry Potter” series as the beloved Severus Snape, died of pancreatic cancer on Jan. 14 at the age of 69.

Dan Haggerty, from “The Life and Times of Grizzly Adams,” passed away from spinal cancer on Jan. 15 at 74 years old.

Glenn Frey, founding member of the rock band the Eagles, died on Jan. 18 from complications while recovering from surgery in New York City. He was 67 years old.

Next was Abe Vigoda, whose passing came just eight days later on Jan. 26. Known for his roles as Salvatore Tessio in “The Godfather” and as the hilariously deadpan Detective Sgt. Phil Fish from sitcoms “Barney Miller” and its spinoff “Fish,” both of which aired on ABC in the mid ‘70s. Since then, he has appeared in numerous films and TV shows, but his most infamous appearance came in a People Magazine article in ’82, when they reported him dead. This began a series (then again, “series” may be an understatement) of mistaken reports of his death over the next three decades. Celebrity friends of his perpetuated the running gag, and he participated in them as well in reoccurring skits and random appearances on “Late Night with Conan O’Brien.” All of this gained him pop cultural fame along the way, including the website isabevigodadead.com, which has since been updated to reflect his current status. Thankfully, in the end, all reports on his death list that he went peacefully in his sleep. At 94 years old, he led a full life and was able to entertain generations of fans in his time in the spotlight.

February brought us a new month of tragedy, as Joe Alaskey died after a battle with cancer on the third. That name may not mean anything to you, but you know his voice. Over the years, he has done voicework for numerous movies and TV shows, lending his vocals to Yosemite Sam in “Who Framed Roger Rabbit?”; Bugs Bunny, Daffy Duck, and Sylvester the Cat in various media; Plucky Duck, Wile E. Coyote, and the Tasmanian Devil in “Tiny Toon Adventures;” and Lou Pickles from 1997 onward in every “Rugrats” project to date. For many of us, Mr. Alaskey’s passing took with it a part of our collective childhood.

The hits kept on coming as reports of Dave Mirra’s death began circulating all over the Internet and Faction Radio on the evening of Feb. 4. For followers of action sports and the X Games, like myself, Mirra is a well-known name in the BMX world. He has medaled in every X Game competition he participated in from 1995-2009 and once held the record for most X Game medals until 2013 (having been dethroned by skateboarder Bob Burnquist). As of this writing, reports state that he died of a self-inflicted gunshot wound. He was 41 years old.

And even when it isn’t taking people away from us, 2016 is absolutely eyeing up new targets. WWE Hall of Famer, former WWE multi-champion, and the Excellence of Execution Bret “the Hitman” Hart recently announced that he has been diagnosed with prostate cancer. Jesus Christ! Bret, I know it probably doesn’t mean much coming from a cynical prick writing pop culture columns, but I truly hope you beat this and recover from it.

I need to stop this. Not the deaths, though I wish I could, but I mean this particular article for the sake of everyone’s mental health (and mine). But, seriously, that’s seven celebrities, of one sphere or another, on this list alone – and that’s with me omitting four more that I know of – who have lost their lives in a matter of four weeks! That is a combo of terrible and depressing that no one should have to deal with, and that’s not counting the numerous losses people have faced on a personal level in that time. 2016 certainly hasn’t tried making friends with us physical denizens, and it doesn’t look like friggin’ cares to either. I have no idea what the rest of the year will bring, but if its onset is any indication, it will probably be a grim one.

What can be done? Well, I say we send Baby 2016 an ultimatum – shape up or ship the hell out! I realize death occurs daily, but this machine gun-like death tally is too much for our fandoms to bear! If Baby 2016 doesn’t want to end its reign of terror, I say we make it! If it doesn’t want to leave peacefully, we should kick it to the curb, hold the fucking countdown, and make it 2017 on our terms! Tear down your calendars! Change the date on your computers and phones! Time is relative anyway, right? So we move a few seasons around, maybe we need to rearrange holidays and, sure, a few million of us lose a birthday while others double up, but the benefits definitely outweigh the detriments.

Look, I’m just proposing this; I don’t have all the logistics entirely worked out. I know it can’t happen overnight, but we need to start taking steps in the right direction. Let’s pick up our phones and call some world leaders, congressmen, representatives, and the like – hell, this means we can skip another awful election cycle as well! I don’t think it’s too much to ask for if we can save lives from the murderous 2016.

Oh, and fuck cancer, no matter what year it is.