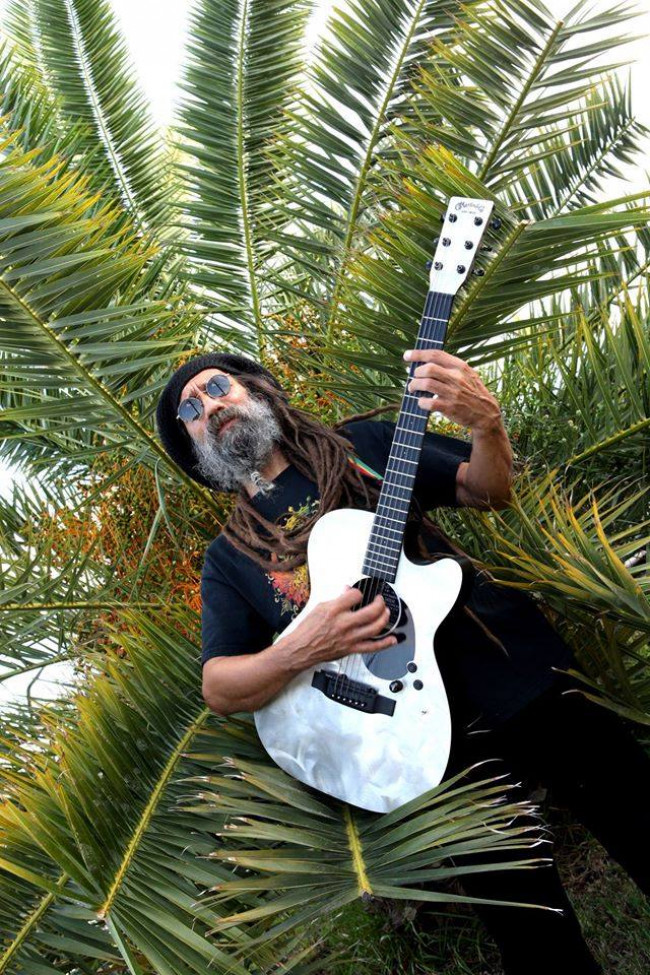 The local music scene has been rallying around Wilkes-Barre reggae artist George Wesley ever since he took ill, with Jermyn music venue Mountain Sky organizing a two-day benefit concert for him coming up this weekend, and that goodwill continues with a GoFundMe campaign to offer “some financial help with his mounting medical bills,” along with online t-shirt and poster sales from Mountain Sky.

Started today by Wesley’s son, James Wesley, who is also a musician, the crowdfunding page reveals that George is battling liver cancer, which has made it impossible for him to play. The hardworking singer is as well known for his kindheartedness and as he is for his Caribbean-influenced music, which he performs weekly in his band as well as his Small Axe Orchestra, where he utilizes a distinctive live looping technique to sound like a full group while playing solo.

Reggae musician George Wesley is battling liver cancer and could use some financial help with his mounting medical bills. The outpouring of Love and Support has been overwhelming! George has given his time and efforts to so many charities through his 40+ year career… it’s our chance to give back to him in his time of need. His illness has made it impossible to work. Donations will make sure that money is NOT one of his problems during this battle with cancer. His family is grateful for the support that has already arrived and also what is yet to come. Jah Bless!

The benefit show at Mountain Sky (63 Stillmeadow Lane, Jermyn) will be held on Saturday, June 25 and Sunday, June 26. The gates will open at noon on Saturday, and there will be live music from 2 p.m.-11 p.m. and camping overnight. On Sunday, music will run from noon-5 p.m. Both days will feature food and craft vendors, basket and 50/50 raffles, kids’ activities, and cash bar service by The Vault. The event is BYOB, and IDs will be checked. For more information, see the Facebook event page.

“George is not only one of the most talented musicians around, he is a beautiful person inside and out who is always first in line to lend a helping hand when needed. Let’s pull together and show him some love in his time of need. One love,” Mountain Sky wrote on its Facebook page.

Additionally, Mountain Sky is selling limited t-shirts and posters via TeeChip for the next six days, with all proceeds going directly to the George Wesley One Love Benefit Fund.