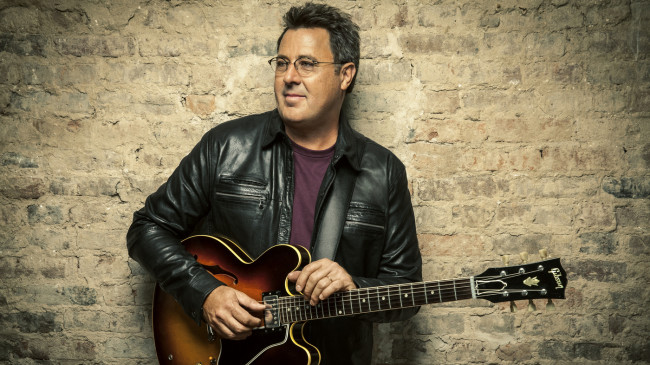 It was announced today that Country Music Hall of Fame inductee Vince Gill will perform at the F.M. Kirby Center in Wilkes-Barre on Thursday, June 15 at 7 p.m. as part of the Wells Fargo Concerts and Comedy Series.

It would have been easy for Vince Gill to kick back a bit when working on “Down to My Last Bad Habit,” his 18th studio album. After all, when you’ve sold more than 26 million albums, won 20 Grammys, and earned 18 CMA Awards (including two Entertainer of the Year trophies), you’ve done it all, right?

Not a chance, says this musician extraordinaire, who produced the new album with engineer Justin Niebank. The record, released this past February, is Gill’s first solo album as part of a new deal with MCA, the label he joined in 1989.

“40 years into this, it’s still as much fun as it’s ever been to play music,” Gill said. “At the end of the day, what I get excited about is doing something I haven’t done before. When I record a song, I feel successful if I’ve accomplished something new.”

That’s no small feat, considering that on his first solo album since 2011’s “Guitar Slinger,” Gill returns to his favorite theme, love in all its incarnations: love sweet and celebrated (“Me and My Girl,” “My Favorite Movie”), love on fire (“Take Me Down,” “Make You Feel Real Good”), love denied (“I’ll Be Waiting for You,” “Down to My Last Bad Habit”), and love lost and mourned (“I Can’t Do This,” “Reasons for the Tears I Cry”).

The Oklahoma native wrote or co-wrote all of the songs on the album. “I love the diversity of the songs. Some of them are brand new, and some of them have a lot of years on them,” he notes.

Gill took two years to make the record, during which he co-produced the second of two albums (“Like a Rose” and “The Blade”) with the old-soul vocalist Ashley Monroe. And with steel guitar wizard Paul Franklin, he recorded “Bakersfield,” an album composed of the hard country songs of Buck Owens and Merle Haggard.

The new album likewise acknowledges country’s deep roots with the steel-guitar laced “Sad One Coming On (A Song for George Jones).” Gill, who approximates Jones’ clench-jawed vocal, sang at Jones’ funeral in 2013, but he was so broken up that he could hardly get through it. He wrote the new song as a way to assuage his own pain and to give the King of Broken Hearts his due as perhaps the greatest country singer ever.

“If something’s country, I want it to sound about 1958,” says Gill with a laugh. “I want it deep, as honest and authentic as it should be.”

The songs on “Down to My Last Bad Habit” run the gamut of styles, including the jazzy “One More Mistake I Made,” the down-and-dirty Chicago blues of “Make You Feel Real Good,” and the blistering “I Can’t Do This,” which hearkens to the pop power ballads of the ‘70s. One of the album’s highlights, “I Can’t Do This” captures the excruciating pain of a man who runs into his old flame with her new beau and remembers the nights, “I’ve seen that red dress hanging on our bedroom door.”

Gill co-hosted the CMA Awards for the first time in 1992 and continued hosting “Country Music’s Biggest Night” for 12 consecutive years, ending his run in 2003. He not only set a record for the most times anyone has consecutively hosted a televised award show, but he set the bar for other television awards emcees with his respect for his peers and the audience, quick ad libs, and gentle humor. 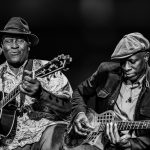 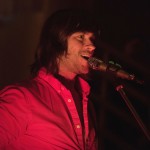 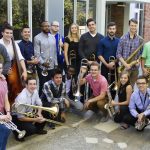