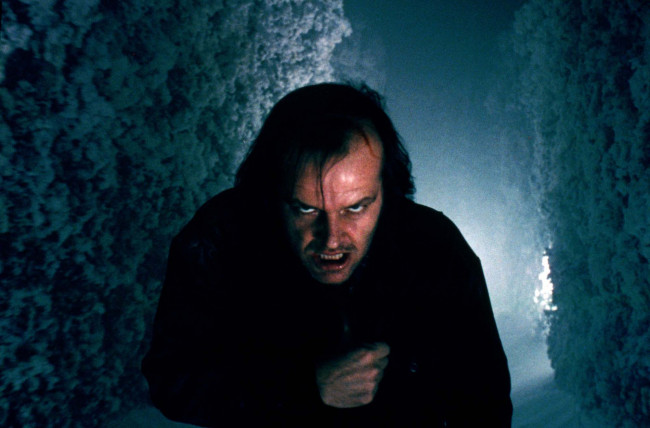 Turner Classic Movies and Fathom Events’ fourth annual TCM Big Screen Classics series, which was set to run throughout the year in movie theaters across the country, had to skip a few months due to the coronavirus pandemic, but it’s back with a menacing cry of “Here’s Johnny!”

Directed by Stanley Kubrick and based on the novel by Stephen King, “The Shining” will have special 40th anniversary screenings on Saturday, Oct. 17; Tuesday, Oct. 20; and Thursday, Oct. 22.

Jack Torrance (Jack Nicholson), who has a history of alcoholism and child abuse, becomes the winter caretaker at the isolated Overlook Hotel in Colorado, hoping to cure his writer’s block. He settles in along with his wife, Wendy (Shelley Duvall), and his son, Danny (Danny Lloyd), who is plagued by psychic premonitions. As Jack’s writing goes nowhere and Danny’s visions become more disturbing, Jack discovers the hotel’s dark secrets and begins to unravel into a homicidal maniac hell-bent on terrorizing his family.

In addition, TCM will present 60th anniversary screenings of “Psycho” on Sunday, Oct. 11 and Monday, Oct. 12.

One of the most shocking films of all time, Alfred Hitchcock’s “Psycho” changed the thriller genre forever. Join the master of suspense on a chilling journey as an unsuspecting victim (Janet Leigh) visits the Bates Motel and falls prey to one of cinema’s most notorious psychopaths – Norman Bates (Anthony Perkins).

Named No. 1 on the American Film Institute’s “100 Years… 100 Thrills” list, this notorious film has become a cultural phenomenon. Featuring one of the most iconic scenes in film history, the famous “shower scene,” “Psycho” is “still terrifying after all these years,” according to “Leonard Maltin’s Classic Movie Guide.” Be prepared to see the uncut version of one of the scariest movies of all time at a special event that also includes exclusive insights from TCM.