It was announced today that multi-platinum-selling country singer/songwriter Sara Evans, known for No. 1 singles like “No Place That Far,” “Suds in the Bucket,” “A Real Fine Place to Start,” “Born to Fly,” and “A Little Bit Stronger,” will be performing her “At Christmas” show at the Sherman Theater in Stroudsburg on Thursday, Dec. 7 at 8 p.m.

Tickets, which are $44-$175, go on sale this Friday, Aug. 11 at 10 a.m. and will be available through the Sherman Theater box office (524 Main St., Stroudsburg), online at shermantheater.com and ticketmaster.com, and all Ticketmaster outlets. VIP boxes and sky boxes are available for this show and include eight tickets (VIP box) or 12 tickets (sky box), a fruit and cheese platter, and waitstaff. To purchase box seats, call the theater at 570-420-2808.

Multi-platinum entertainer Sara Evans is at the top of her game. With five No. 1 country singles, including “A Little Bit Stronger,” which spent two weeks in the top spot and was certified platinum by the RIAA, she thrills audiences across the United States, playing close to 100 shows each year.

Her “stunning, country voice” (Rolling Stone) has earned her the prestigious Academy of Country Music Top Female vocalist accolade as well as numerous American Music Awards, Billboard Music Awards, Country Music Association, CMT, and Grammy Award nominations. In addition, the CMA awarded Video of the Year honors for her hit chart-topping single “Born to Fly” from her double-platinum album of the same name.

In 2014, Evans released her critically acclaimed seventh studio album “Slow Me Down,” which debuted at No. 2 on the Country Album Chart and landed in the Top 10 on the Billboard 200 chart, winning over fans and media alike and dubbed her best album to date. Named one of People Magazine’s “50 Most Beautiful People,” Evans’ career also includes the platinum-selling studio albums “Real Fine Place” and “Restless” and the gold-certified “No Place That Far.” She continues to forge a bold, creative path with the launch of Born to Fly Records, distributed by Sony RED, and released her highly anticipated eighth studio album, “Words,” on July 21.

Family is at the forefront of “Words,” as her 14-year-old daughter Olivia Evans sings on “Marquee Sign” and Evans’ siblings Matt Evans, Lesley Evans Lyons, and Ashley Evans Simpson provide harmonies on “Night Light.” In “Letting You Go,” she pours out her heart for son and oldest child Avery as he prepares to embark on his senior year of high school.

In addition to a prolific country music career, Evans is an accomplished author, lifestyle blogger, and Red Cross ambassador who was presented with the national Crystal Cross award for her work with the disaster relief organization in 2008. 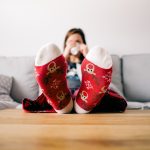 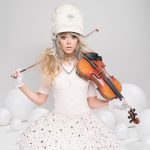 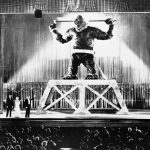