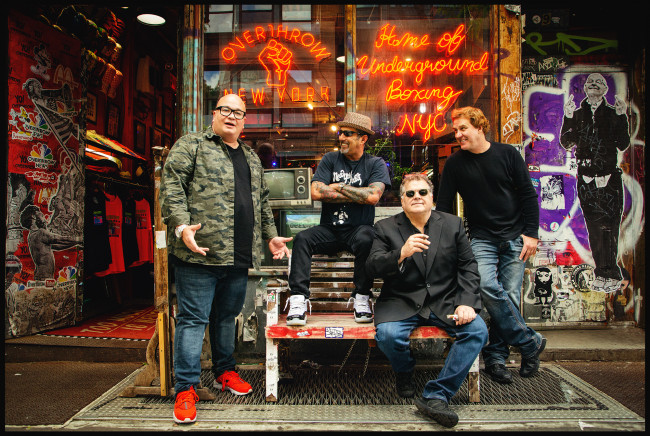 Last March, comedians Robert Kelly, Ron Bennington, Rich Vos, and Jim Florentine, who are also good friends, took the stage together in Glenside, Pennsylvania for a killer night of comedy. The show was politically incorrect, edgy, spontaneous and full of heart. It was a huge success. People were leaving the theater saying it was the best comedy show they had been to in years. So, when the four headliners were approached to do a 14-city theater tour, it was a no-brainer. With over 100 years combined comedy experience, not since the Kings of Comedy has a group of headliners this talented shared the stage.

All four comedians are dads who discovered they have an odd shared philosophy when it comes to parenting, so the Kreeps with Kids Comedy Tour was born.

“The toughest thing about being a single dad is helping my son with his homework. The only requirement for the girls I date is they have to know common core math. I can look past the herpes,” Jim Florentine quipped.

“Being a parent is easy; being a good parent is hard. All the parents I know, including me, are fucking nuts. Our parenting isn’t what you see on a typical TV show or in a textbook. The Kreeps with Kids represent parents who don’t read the books, who might have a metal band play their 7-year-old’s birthday party, let their kids stay up as late as they want, riff with their kids, and let them outside at night with no shoes on without worrying about stepping in rabbit shit,” Robert Kelly explained.

“My 11-year-old came home from school with lice. And you feel bad as a parent for making her sleep on the porch for a week,” Rich Vos cracked.

“I’ve never felt more like a parent than being on tours with these guys. I’m constantly having to separate them,” Ron Bennington added.

The show won’t exclusively be about parenting, however – Vos, Florentine, Bennington, and Kelly will cover everything and anything. But one thing they guarantee is that this will be the funniest show audiences have seen in a long time.

Following a preview at Montreal’s famed Club Soda during the final week of the prestigious Just for Laughs Comedy Festival, the tour officially kicked off at the Santander Performing Arts Center in Reading on Oct. 18, 2019 and recently added additional dates, including the Event Center at Mount Airy Casino Resort in Mount Pocono on Saturday, March 21.

They feel the ticket price is one of the best values out there for a headlining comedy show.

“We didn’t want to gouge the fans,” Kelly said. “There are other headlining shows that are charging anywhere from $150 to $700 a ticket for a show for one headliner. We’re charging an average of $30 a ticket. There’s not a better deal anywhere in comedy, show-wise or price-wise. You’re getting four of the funniest comedians walking the planet for the price of a movie ticket.”

Originally from Boston, Robert Kelly has become one of comedy’s hardest hitters, unapologetically talking about his dysfunctional family, repeat trips to juvie, and his honest take on his own life, relationships, and being a dad. Kelly has been a highlight of Montreal’s Just for Laughs Festival for years, and he has been on HBO’s “Tourgasm,” FX’s “Louie” and “Sex & Drugs & Rock & Roll,” and Comedy Central’s “Inside Amy Schumer.” He currently hosts the hit podcast “You Know What Dude” on the Riotcast Network.

Ron Bennington is a headlining comedian and New York-based radio talk show host. In addition to hosting “Bennington” on SiriusXM daily with his daughter Gail, he hosts two critically acclaimed interview shows, “Ron Bennington Interviews” and “Unmasked,” and performs at clubs and festivals throughout North America. Prior to coming to SiriusXM, he hosted shows on New York’s WNEW and WFNY Free FM, WJFK in Washington, D.C., and a nationally syndicated show in Tampa, Florida. He’s also a father and a son.

Rich Vos has over 100 television appearances, including four Comedy Central specials as well as HBO, Showtime, and Starz appearances. He produced and starred in an award-winning comedy movie “Women Aren’t Funny” alongside Bonnie McFarlane, Chris Rock, Rosie O’Donnell, and many more. He is a two-time Academy Awards writer, a regular on SiriusXM radio, and the co-host of the hit podcast “My Wife Hates Me.” He’s been sober for over 32 years and wants you to know that he’s been good at golf for 20. He’s also raising three daughters.

Jim Florentine is a stand-up comedian, TV host, actor, podcaster, and voice artist best known for co-hosting VH1 Classic’s heavy metal talk show series “That Metal Show” and for his work on Comedy Central’s show “Crank Yankers,” which returned to television on Sept. 25. He also appeared in the hit movie “Trainwreck,” on Comedy Central’s “Inside Amy Schumer,” and “Louie” on FX. He’s a nationally touring headliner and has also opened for bands like Metallica, Megadeth, Slayer, Anthrax, Stone Sour, Black Label Society, and more. He hosts the popular podcast “Comedy, Metal, Midgets” and has released seven stand-up comedy hours, six volumes of the wildly popular “Terrorizing Telemarkers,” and a hidden camera series called “Meet the Creeps.” His latest special “I Got the House” and his book “Everybody Is Awful (Except You!)” are available everywhere. He’s also a first-time father. 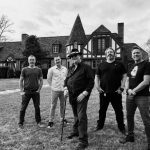