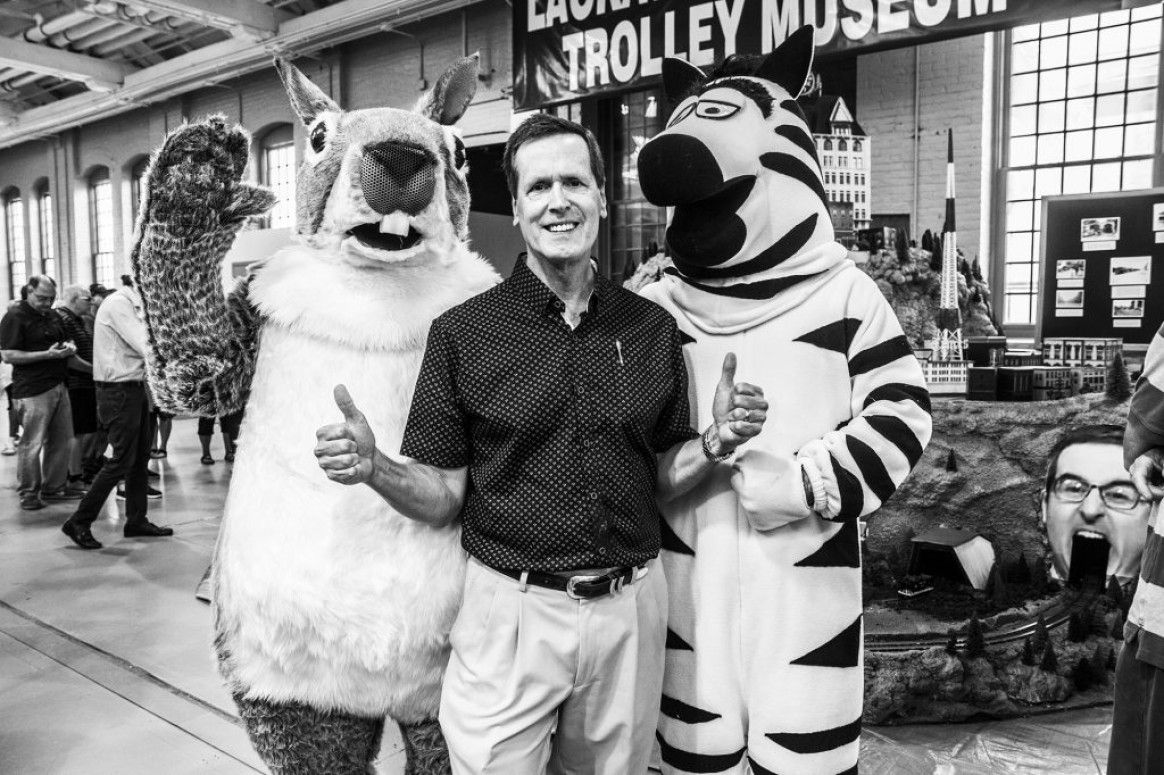 Comedian John Oliver proved what a great sense of humor he has by using HBO’s money to build a gigantic train set complete with Scranton landmarks to poke fun at the now-viral Talkback 16 segments regarding news station WNEP-TV’s backyard train so, in return, locals enjoyed the massive joke in a dedication ceremony on Friday, Sept. 22 that included a new addition that Oliver himself commented on last night.

Oliver’s “Last Week Tonight,” a news satire program on HBO that just won the 2017 Emmy Award for Outstanding Variety Talk Series, highlighted back in June how amusing it was to hear viewers get so disproportionately passionate about the little model train that runs in WNEP’s backyard during the weather reports. After one viewer criticized him for making locals out to be “clowns for his entertainment,” the former “Daily Show” correspondent emphasized that he actually loved it and thought that the people of Scranton “deserve a better one… a bigger one… an almost irresponsibly large one.” With that, he revealed a 16 foot tall and 18 foot wide spinning model train display that includes replicas of Northeastern Pennsylvania landmarks, including the famous Electric City sign, along with a working waterfall and fireworks.

WNEP accepted Oliver’s offer to come pick it up for free from their New York City studio, transporting it in pieces to its appropriate new home, the Electric City Trolley Museum in downtown Scranton, where it will remain on permanent display. It was officially unveiled and dedicated during a short ceremony by the Lackawanna County Commissioners, which included local cheerleaders, newscasters, and even a surprise appearance by “Last Week Tonight” mascots Mr. Nutterbutter and Traffic Zebra.

Oliver then followed up with a segment on his Sunday night show, finding amusement in the police escort given to the train set pieces and WNEP’s little jab back at him. The model originally included Scranton-born NBA basketball coach P.J. Carlesimo’s face as a tunnel, with the train riding through his open mouth, which they changed to Oliver’s face and mouth.

“This whole train adventure has genuinely been a lot of fun, and I would like to sincerely thank the people of Scranton because it turns out they found the perfect way to say thank you and also to get back at me,” Oliver said.

“Well played, Scranton. Well played. There is simply no more passive aggressive way to thank someone for a gift than by driving a train directly into their face.”

That’s Scranton for you – both sweet and cynical at the same time. 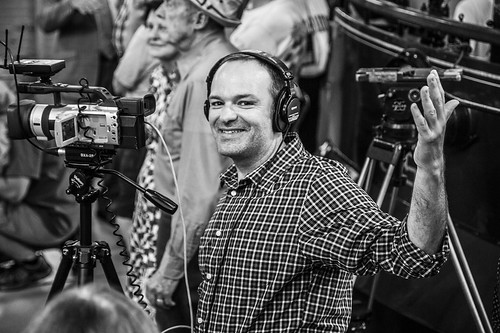 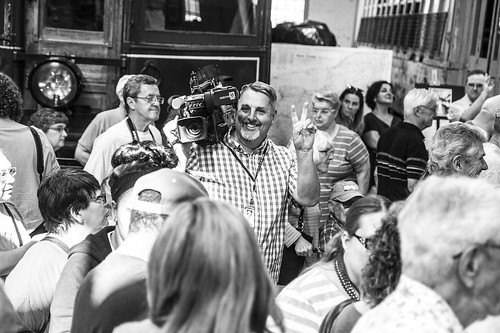 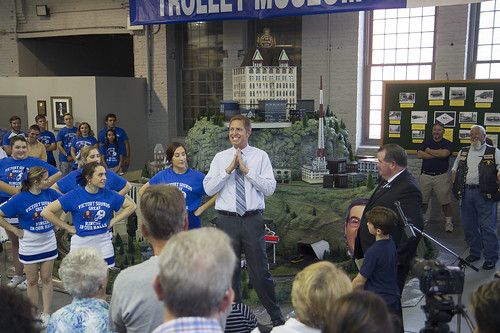 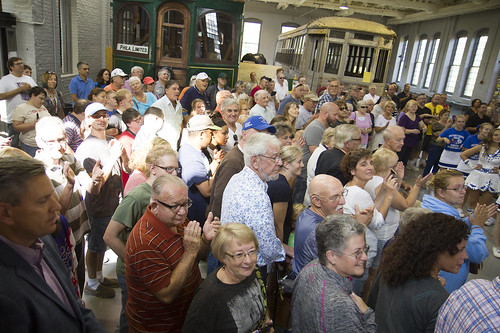 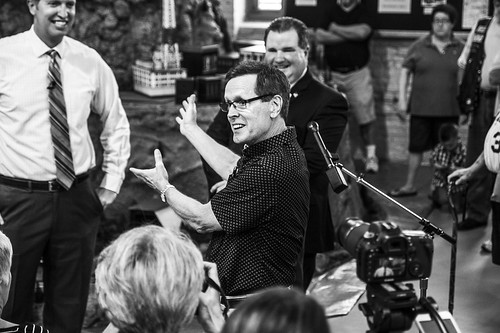 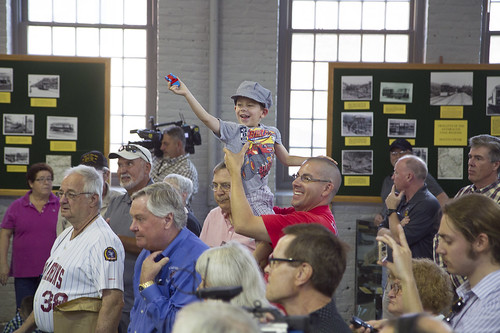 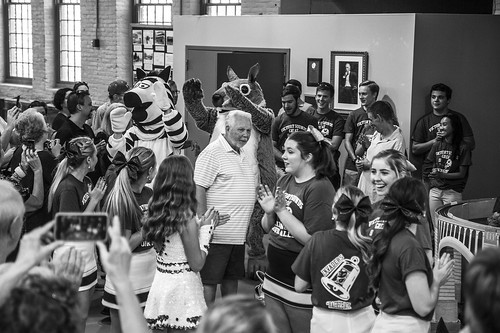 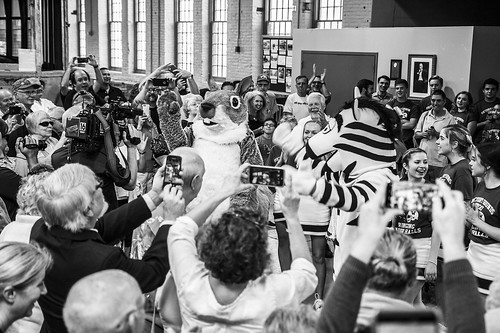 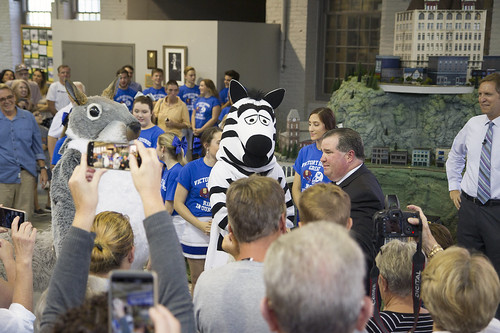 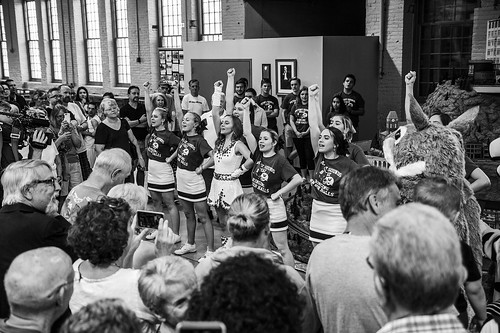 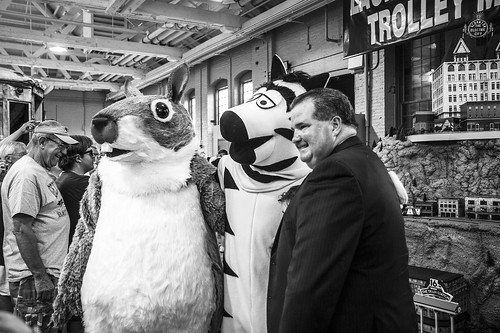 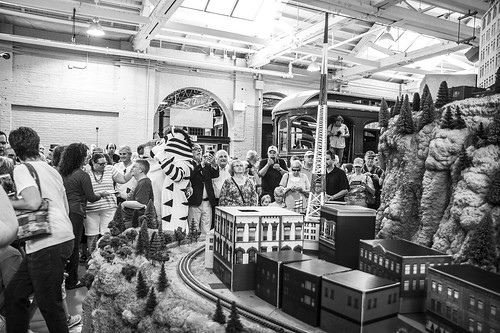 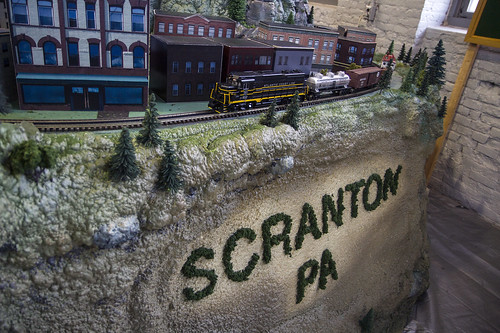 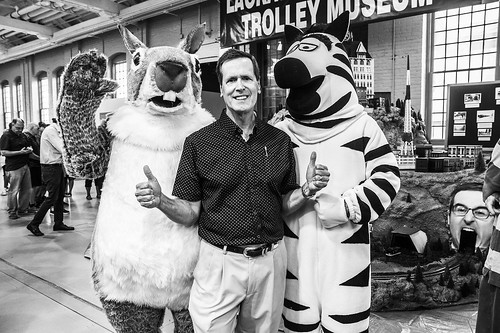 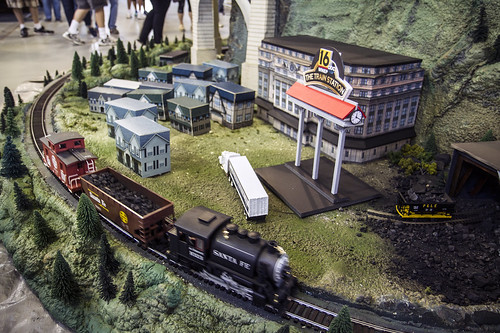 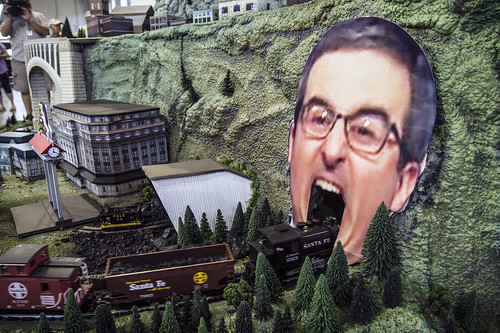 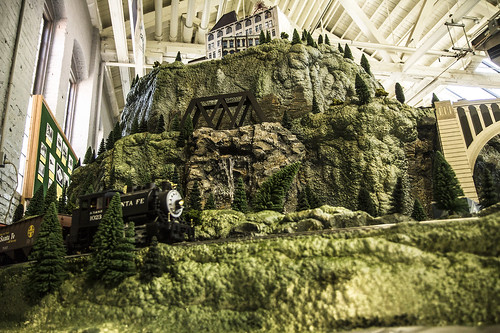 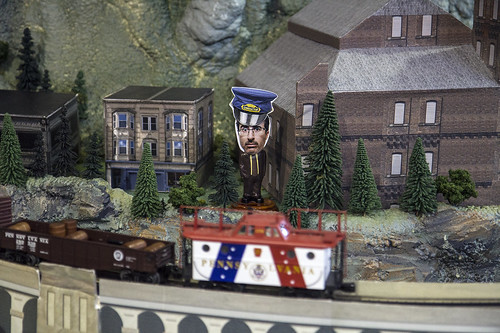