Wallenpaupack Brewing Company recently opened in Hawley, and they’ve just made their first cans available, so after last week’s review of their Paupack Cream Ale, we’ve got to follow it up with their other new release – Hydroelectric IPA!

With hazy IPAs being so popular with craft beer drinkers these days, let’s see what style this falls into and if it can stand toe-to-toe with the rest. 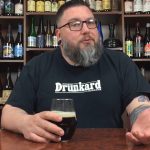 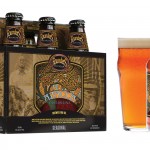