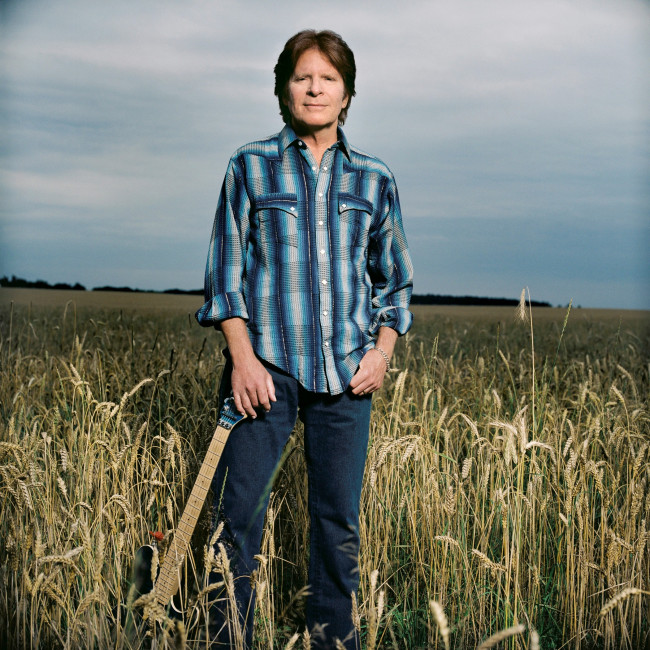 It was announced today that rock icon John Fogerty is heading to the Mohegan Sun Arena at Casey Plaza in Wilkes-Barre on Friday, Nov. 9 at 8 p.m.

With a career spanning more than 50 years, John Fogerty is hailed as one of the most influential musicians in rock history, known for creating the soundtrack of a generation. As co-founder of Creedence Clearwater Revival, the group’s chief musical architect, and as a solo artist, Fogerty’s works rank as some of the most influential in American music history.

As the writer, singer, and producer of numerous classic hits, including “Born on the Bayou,” “Green River,” “Proud Mary,” and “Bad Moon Rising,” Fogerty has been honored as one of the 100 Greatest Guitarists, 100 Greatest Songwriters, and 100 Greatest Singers by Rolling Stone. Earning induction to the Rock and Roll Hall of Fame, Songwriters Hall of Fame, and Baseball Hall of Fame, he is also a New York Times bestselling author for his memoir, “Fortunate Son: My Life, My Music.”

Fogerty’s fervent vocals and modernized rockabilly songs built on his classic guitar riffs made Creedence Clearwater Revival the preeminent American singles band of the late 1960s and early ’70s. The Fogerty brothers were raised in Berkeley, where John studied piano and at the age of 12 got his first guitar. He met Stu Cook and Doug Clifford at the El Cerrito junior high school they all attended.

They began playing together and, by 1959, were performing at local dances as Tommy Fogerty and the Blue Velvets. In 1964, the quartet signed to San Francisco–based Fantasy Records, where Tom had been working as a packing and shipping clerk. The label renamed them the Golliwogs and began putting out singles. “Brown-Eyed Girl” sold 10,000 copies in 1965, but the follow-ups were flops. Greater success came after they adopted the CCR moniker in 1967. Several Fogerty compositions appeared on “Creedence Clearwater Revival,” but cover versions of Dale Hawkins’ “Suzie Q” and Screamin’ Jay Hawkins’ “I Put a Spell on You” were the group’s first hit singles. With the release of “Bayou Country,” they became the most popular rock band in America. Beginning with the two-sided gold hit “Proud Mary” (No. 2, 1969) backed with “Born on the Bayou,” Creedence dominated Top 40 radio for two years without disappointing the anti-commercial element of the rock audience.

Although Creedence’s success continued after “Cosmo’s Factory,” it was the group’s artistic peak. Internal dissension, primarily the result of John Fogerty’s dominant role, began to pull the band apart in the early ’70s. Tom left in January 1971, one month after the release of the pivotal “Pendulum,” which became the group’s fifth platinum album. The band carried on as a trio, touring worldwide; “Live in Europe” was the recorded result. CCR’s final album, “Mardi Gras,” gave Cook and Clifford an equal share of the songwriting and lead vocals. It was the band’s first album not to go platinum and Creedence disbanded in October 1972.

Not surprisingly, John Fogerty’s solo pursuits have attracted the greatest attention. Immediately after the breakup, he released a bluegrass/country album, “The Blue Ridge Rangers,” on which he played all the instruments. Two songs, the Hank Williams classic “Jambalaya (On the Bayou)” and “Hearts of Stone,” made the Top 40. Nearly three years passed before his next LP, another one-man show titled “John Fogerty.” It sold poorly, and his next album, to be called “Hoodoo,” was rejected by Asylum Records. Fogerty and his family retired to a farm in rural Oregon. Except for two brief Creedence reunions, he was not heard from for 10 years.

He reemerged with “Centerfield” (No. 1, 1985), a typically simple, tuneful collection that sold two million copies and produced hit singles in “The Old Man Down the Road” (No. 10, 1985), “Rock and Roll Girls” (No. 20, 1985), and “Centerfield” (No. 44, 1985). “Old Man” and another song from the album, “Zanz Kant Danz,” landed Fogerty in legal trouble however. The latter, a thinly veiled attack against Fantasy owner Saul Zaentz (“Zanz can’t dance but he’ll steal your money”), led Zaentz to sue for $142 million, not only over that song, but over “Old Man;” Fantasy claimed the song plagiarized the music of the 1970 CCR B-side “Run Through the Jungle.” In 1988, a jury ruled in Fogerty’s favor; six years later, the Supreme Court ordered Fantasy to reimburse Fogerty for over $1 million in lawyers’ fees.

For years, Fogerty refused to perform CCR songs live; he’d had to surrender his artist’s royalties on them to get out of his Fantasy contract in the ’70s. But during a July 4, 1987 concert for Vietnam veterans in Washington, D.C., he broke his boycott, singing eight Creedence classics. He then dropped out of sight again, surfacing only for the annual Rock and Roll Hall of Fame induction ceremonies; in 1993, his own turn came when CCR were inducted into the hall. Fogerty refused to perform with Cook and Clifford that evening.

After a decade remission, Fogerty released “Blue Moon Swamp” (No. 37, 1997). Inspired by several trips to the Mississippi Delta, the album had taken over four years to make. It went on to win a Grammy for Best Rock Album, while the single, “Southern Streamline,” hit No. 67 on the C&W chart. Fogerty followed up the release with an extensive U.S. tour on which he played many CCR classics, such as “Proud Mary” and “Fortunate Son,” along with his new material; the live album “Premonition” (No. 29) was released the following year.

Fogerty recently signed an exclusive recordings deal with BMG and is working on material for his next solo release in 2018. His heralded live show continues to rock-out to sold-out audiences through his active tour schedule.