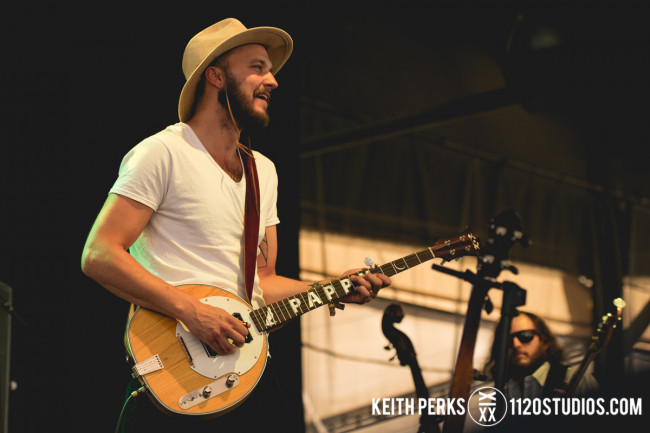 While the Peach Music Festival in Scranton was billed as Cabinet’s only show of 2018, the popular Scranton/Wilkes-Barre jamgrass band has announced that they’ll squeeze one more concert in just before the end of the year on New Year’s Eve.

Doors open at 4:30 p.m., and the music starts at 5 p.m., running continuously until 4:30 a.m. on three stages. Complimentary food, snacks, and beverages will be served in the lounge. A complimentary champagne toast will be held at midnight for everyone 21 and over. The hotel has an atrium-style room with a heated indoor pool open all night with music, a lounge, multiple ballrooms, WiFi, and an ATM on site.

Advance tickets, which are $100 and limited to 400 tickets, are on sale now via Eventbrite. Onsite Clarion Hotel packages, limited to 100, are available for $420 and include a hotel room for two (add-ons are available), admission for two, two commemorative laminates, a gift bag, early check-in at 2 p.m., and late check out at 1 p.m. There are also $360 packages for the nearby La Quinta Hotel that include tickets and a room for two, along with a shuttle to and from the show.

Known for their own New Year’s Eve shows over the years, it’s appropriate that Cabinet would come back to play this one. Garnering a huge local following and touring the country since forming in 2006, the band declared an “indefinite hiatus” late last year, playing a final farewell concert at the F.M. Kirby Center in Wilkes-Barre last New Year’s Eve. They have since split into various other projects, including solo efforts by Pappy and JP Biondo and an experimental Americana/funk/blues band called Gatos Blancos, who released their first single, “Sunset in Stone,” in April. Drummer Jami Novak continues to play in the Village Idiots as well as local bands like The Dishonest Fiddlers. Cabinet released their last studio album together, “Cool River,” on Oct. 13, 2017.

For the past five years, the band also hosted and performed multiple sets at their own successful music festival at The Pavilion at Montage Mountain in Scranton, the Susquehanna Breakdown, attracting national acts and earning write-ups by major music publications like Rolling Stone. Their Peach Fest reunion at The Pavilion on July 19 was well-received by both longtime fans and newcomers alike, so while the group is still split up across different states and bands at the moment, the “CabFam” can rest assured that live reunions could be possible in the future for special occasions.

For now, it’s nice just to have surprises like this one.