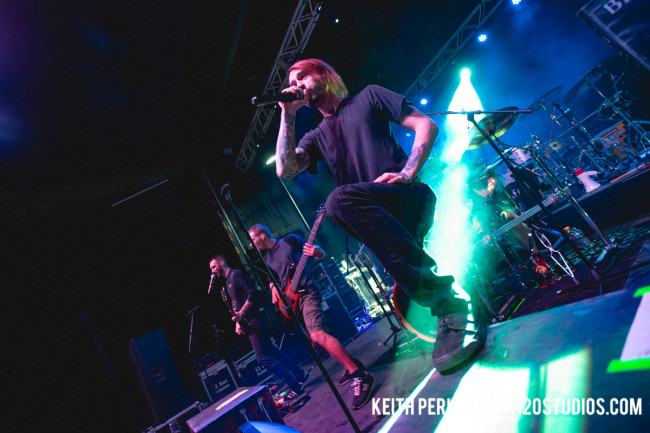 Technology is great – it allows us to communicate in ways people never thought possible just a few decades ago, and it gives the NEPA Scene staff this platform to bring you new music, but it also has its downsides, as Scranton metal band Behind the Grey highlights in the heavy but catchy “Death Groove.”

Premiering today exclusively on NEPA Scene, the brand new single was inspired by humanity’s “current dependency we all carry with technology and how it’s tearing us apart as far as having personal relationships go,” vocalist Dom Vito said.

“It’s something each and every one of us are guilty of, whether we want to admit it or not.”

The song was resurrected from the remains of an older track they had previously recorded during pre-production sessions for their next album, the follow-up to 2017’s “Treason” EP.

“This song has been ripped apart and rewritten more times then I’d like to admit,” he noted with a laugh.

“’Death Groove’ started off as a joke/faux title, but after finishing the lyrics to the song, it began to make sense with the lyrical content of the song, portraying a ‘dance of death’ with technology in the present day, if you will.”

While many of us were busy staring at screens, the band has been “hiding in the Batcave” and putting the finishing touches on hard-hitting songs like “Death Groove.”

“’Death Groove’ was recorded at Side B Studios [in Wapwallopen], our second home under Eric Chesek, a phenomenal producer who we’ve established a great relationship over the last year or so. We went about things a little differently this time around when it came down to the recording process itself. We basically did things backwards this time around, and it seemed to work out even better then we imagined,” Vito explained.

“Over the years, we’ve certainly grown as a band. We’ve gone through such a huge experimental process; this next album will have something for everyone in it. We’re not straying too far away from our original path. However, we have been trying out several new things to try and redefine our sound for this upcoming release.”

While he sang on all four songs on “Treason,” this will be his first full-length album with Behind the Grey, who recorded their 2015 debut record, “Through the Grip of Tyrants,” with their first singer, Eric Katchmore. Joining the group in 2016, Vito was thrilled to shoot the band’s first-ever music video last month, bringing “Death Groove” to life with a handful of dedicated friends and fans who served as extras.

“It was an unforgettable experience to say the least. We can’t begin to thank all of our fans enough who spent their free time with us and really made this video the success it was meant to be. It was a very long, yet effortless day, considering the amount of fun and interaction that was had with us and our fans on set,” he recalled.

The video is set to premiere right here on NEPA Scene on Friday, Dec. 21, just before they open for Motionless In White at Levels Bar & Grill (519 Linden St., Scranton) on Saturday, Dec. 22 with Traverse the Abyss. This anticipated homecoming show is particularly special for MIW, as it’s their first club show in Scranton in nine years and has already sold out.

“It’s pretty exciting. Having the opportunity to play in front of a thousand-plus people is a rush just in thought, so we’re definitely really excited for this show to happen,” Vito enthused.

“We definitely respect them as far as what they’ve done with their career. They are definitely one of the hardest working bands out there today; there’s no denying that fact.” 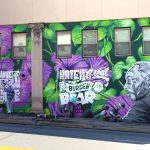