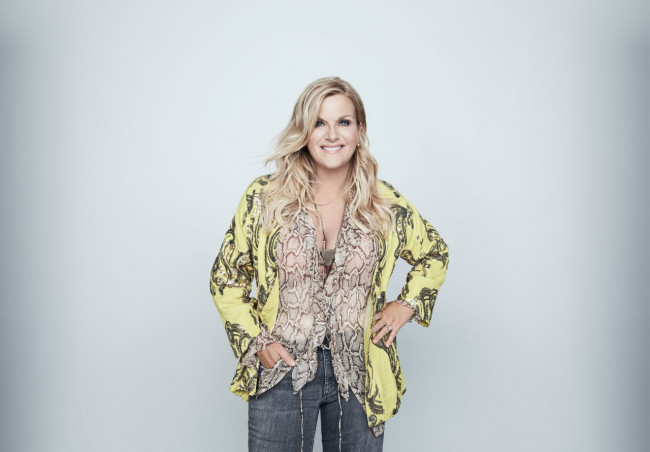 It was just announced that the F.M. Kirby Center and the Mohegan Sun Arena at Casey Plaza will once again team up, this time to present a concert at the Kirby Center in downtown Wilkes-Barre.

Country star and Food Network host Trisha Yearwood, who just released a new single, will sing at the Kirby Center on Saturday, Nov. 23 at 8 p.m.

“The F.M. Kirby Center looks forward to working together again with the Mohegan Sun Arena, especially Will Beekman,” said Artistic Director Anne Rodella. “We are always excited to be able to partner with our friends.”

“This is the result of two community-minded venues joining forces to bring another great show to Wilkes-Barre,” Beekman added. “We’re thrilled to have Trisha coming to town, and we’re equally as excited to be working with our friends downtown.”

The singer, actress, author, chef, personality, and entrepreneur derives deep fulfillment from simply walking up to a microphone and pouring her heart out. In 2019, she continues that tradition with her first solo full-length since 2007, a collection of Frank Sinatra covers and one original entitled “Let’s Be Frank.”

Yearwood has also collaborated with Williams Sonoma on her signature best-selling cocktail mixes like “Summer in a Cup,” “Autumn in a Cup,” and “Christmas in a Cup,” as well as a variety of food products ranging from a signature biscuit mix to a complete Thanksgiving dinner.

Now she is setting her sights on her next album, “Every Girl,” her first album of original music since 2007’s “Heaven, Heartache and the Power of Love.”

“I’m working on a country record now and I’m having the best time because it’s what I do and what I’m supposed to do,” Yearwood said with a smile.

The first single, “Every Girl in This Town,” was recently released on June 6. By doing what she’s meant to, she preserves an everlasting connection to listeners worldwide.

“I always want people to relate to music in a way that I do,” she explained. “When I hear those songs, I’m taken to another world. I want you to get a good sense of me. The biggest compliment is when someone adores my show and feels like we can be friends. I want people to leave feeling like they got to know me better.”