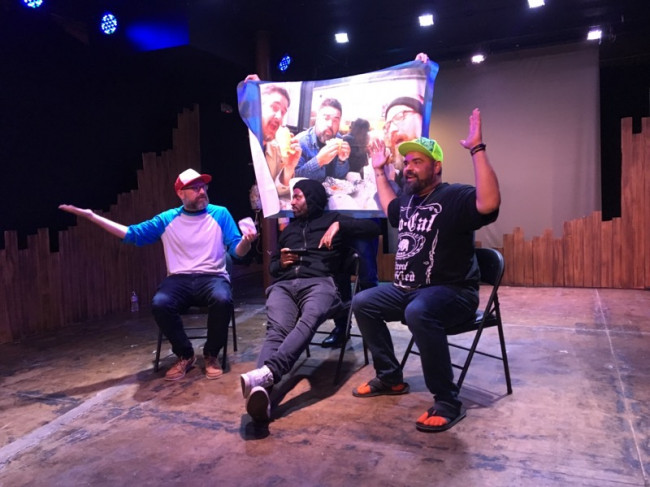 Created by comedians and friends Shawn Wickens and Lex Morales, the Stoner Morning Show gives the audience everything a traditional local morning news show does – headlines, sports scores, weather forecasts, human interest stories, and more. But since these inept “stoner” hosts have slept in, the show happens at night and they do their best to stick to the script and not get distracted.

The Stoner Morning Show is coming to the 2019 Scranton Fringe Festival with three 9 p.m. performances on Thursday, Oct. 3; Friday, Oct. 4; and Saturday, Oct. 5 at the AfA Gallery (514 Lackawanna Ave., Scranton).

“Hey, every morning show prides itself on being a fun, lighthearted start to your day. Sure, we’re bringing you ‘breaking news’ after it already happened, but… it’s always morning somewhere,” Morales said.

Prior to Scranton Fringe, the Stoner Morning Show was named a Comedy Critics’ Pick by Stepout Buffalo for their appearance at the Buffalo Infringement Festival. The parody show has also been an official selection of Richmond, Virginia’s 2nd Best Comedy Fest, New York City’s We’re Trying Here Festival, and the Louisville Fringe Festival. When not performing on the road, the Stoner Morning Show routinely holds private living room shows around New York.

“Since 2012, we have encouraged and rewarded both playwrights and filmmakers from around the world for going after those weird, unusual, daring, and even ‘bad’ ideas,” Wickens explained.

“Oftentimes, brilliant projects have their origins in silly, ridiculous ‘bad’ first drafts. Stoner Morning Show is very much in the spirit of Bad Theater Fest. The fun of doing a talk show or variety show from the perspective of stoners is that stoner characters have this ninja-like ability to react to information with stupefied awe and wonder. It’s ‘Cheech & Chong’ meets ‘Good Morning America.’ It’s ‘Wayne’s World’ with a dash of ‘The Daily Show.'”

“Plus we’re not really stoned,” Morales noted. “These are just such fun characters to play. There’s so much division and hostility and the world right now that we all need an escape and to laugh at something silly and dumb. If silly and dumb are on your radar, Stoner Morning Show is for you.” 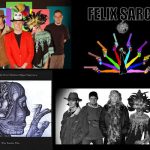 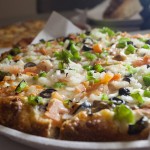