Many investigations and studies have been done on the effects of social media in our lives, though being a parent in 2019 is all anyone needs to observe just how deeply the Internet can change us firsthand.

Stroudsburg rock band The Crowning rages against this machine in “End of the World,” a single with a new animated music video debuting exclusively on NEPA Scene that shows all we know consumed by a digital monster.

“The ‘End of the World’ is a story about the death of physical human interaction and relationships. We’ve been replacing our personal connections with a digitized version of reality at an ever-increasing pace. Each year seems to bring us some new mechanism that drives us further apart. We are very quickly losing our ability to empathize with one another,” vocalist/guitarist Micah Martin told NEPA Scene.

The young protagonist in the video is played by Martin’s own son, Isaac, so the stakes in this story are quite personal.

“As a parent, it’s a never-ending battle that I think most of us are losing. Social media allows people to craft a perfect view of their lives for others to see. We inevitably use this as a measuring stick for our own lives, which is completely unrealistic. This is even worse for young people who are still trying to find their way and are so easily influenced. They often calculate their self-worth based on how many likes they get instead of the things that really matter,” he continued.

“Our brains are wired for entertainment, and all these devices give us instant and endless gratification. It is one of the most powerful drugs in existence, and there’s nothing preventing us from getting it.”

Not all Internet connections are bad, though. Martin started working on the concept over a year ago and joined up with Patrick Pawlowski’s Florida-based Pat Animation Studio to animate this cautionary tale.

“They were really amazing to work with. It was a completely new experience for me. I had never been involved in any kind of animation project like this before. I really wanted to be able to tell the story in a way that wasn’t bound by what I was able to capture with a camera. It took us quite a while to finish, but I’m pretty happy with how it turned out,” Martin recalled.

As for the song itself, The Crowning worked with Dan Malsch at Soundmine Recording Studio in East Stroudsburg.

“We’ve worked with him a lot these last few years, and I’m always amazed how well things turn out. This may very well be a part of an EP in the future. I guess we’ll have to wait and see,” Martin noted.

“We’ve spent this past year writing and recording a bunch of new material that we’re excited to be putting out. We’ve had a few lineup changes but finally wound up with some amazing people who are incredible to work with.”

From their 2017 self-titled debut EP to their 2018 follow-up, “Red,” the band has honed their melodic hard rock “beardcore” sound while making friends and establishing themselves not just in hometown venues like the Sherman Theater, but the entire Northeastern Pennsylvania music scene.

“There’s actually been a lot that has changed since we released ‘Red.’ When we started pre-production on some of our new material last year, I wound up parting ways with [drummer] Walter Lee and [bassist] Ty Nordstrom. Ace [Hendrix] originally started out playing lead guitar with us, but he’s been a drummer since he was two years old, so it was a no-brainer to move him over to that slot. He’s an absolute animal behind the kit. Late last year, Danny Cruz joined us to take over lead guitar duties, and just recently Lisa George joined us on the bass. I couldn’t be happier playing and writing with this group. I’m feeling pretty pumped about what the future holds for us and the stuff we’re going to be putting out,” Martin explained.

“We’ve cornered the market on the post-grunge, pre-apocalyptic, beardcore genre. Basically, it’s like Lady Gaga meets Deftones with a little Willy Wonka in the mix. If you like Oompa Loompas and aren’t allergic to peanuts, you’ll feel right at home with us.”

“End of the World” follows another single, “Will I Make It Home,” released around Memorial Day to honor those in the armed forces who lost their lives.

“We’ve had enough stuff ready for a while to put out a full-length album, and we may do that sometime in the next year. For now, we’re probably going to stick with releasing singles every few months. I like the idea of continually putting out new material throughout the year instead of putting out an entire album and then not having anything new for a few years. It allows us to keep trying new things,” the 39-year-old singer explained.

As the new lineup continues to record and write new songs, they’re also putting their own twist on some covers that they plan to release soon, followed by an LP in 2020. This Friday, Nov. 8, they’re playing their first live show with their new bassist, opening for Fame on Fire at One Centre Square in Easton. Then they’ll share the stage with Bigwig at the Sherman Showcase in Stroudsburg next Friday, Nov. 15.

“I just want to thank all of the fans who continue to support us. All of the amazing bands we’ve been fortunate enough to play with these past few years. All the venue owners, bloggers, promoters, podcasters, and DJs who have really helped us get our music out there. Thank you and stay tuned – there’s lots more to come,” Martin left off.

“We’re definitely going to be hitting the road hard and playing a ton of shows next year, so keep an eye out for us.”

Learn more about The Crowning, the music scene in the Poconos and Lehigh Valley, their album “Red,” and more in Episode 57 of the NEPA Scene Podcast: 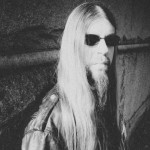 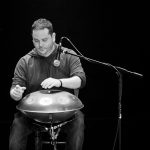 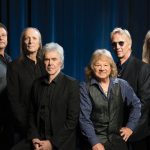