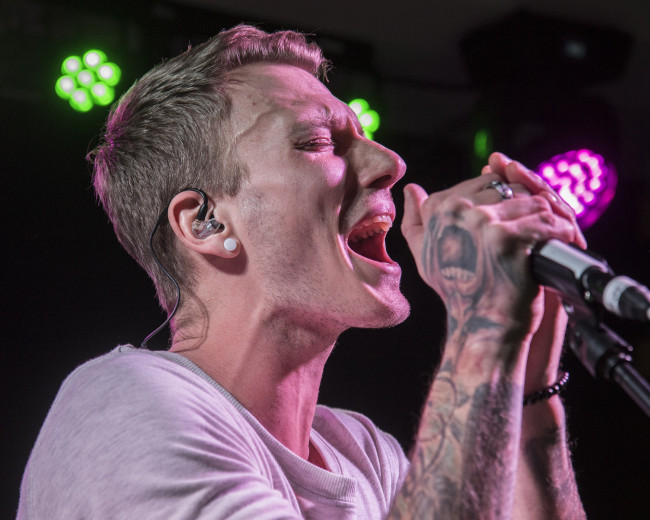 Before Schuylkill County singer/songwriter Kulick heads out on an East Coast tour supporting alternative emo rockers The Spill Canvas, the fast-rising modern pop rock act will headline three shows of his own, including a local stop at Stage West in Scranton on Wednesday, Sept. 1.

Scranton-based alternative rock band The Boastfuls will open the concert along with So Much Hope, Buried; Take the Name; The Holtzmann Effect; and Running in Flip Flops, providing an eclectic evening of regional rock that ranges from hard rock to alt pop to melodic hardcore.

After that, Kulick will perform with The Boastfuls at Arlene’s Grocery in New York City on Sept. 3 and Broken Goblet Brewing in Bensalem near Philadelphia on Sept. 5. His fall run with The Spill Canvas begins Nov. 4 in Hamden, Connecticut and includes stops at Harrisburg Midtown Arts Center on Nov. 5 and One Centre Square in Easton on Nov. 14, ending on Nov. 21 in Ann Arbor, Michigan. Tickets for all 15 dates are available now at thespillcanvas.net.

As an artistic visionary, singer, songwriter, producer, audio engineer, and lover of life, Kulick continues to mesmerize music fans with an ever-growing catalog of deeply personal, yet relatable songs that combine his roots in heavy rock music with ultra-catchy pop melodies, resulting in a sound all his own.

With his recent breakthrough record “Yelling in a Quiet Neighborhood” (and its acoustic companion piece “Sitting in a Quiet Coffeehouse”), the artist also known as Jacob Kulick from West Penn Township further challenged himself by expanding his sound while tackling subjects close to his heart with his songwriting.

Various singles off Kulick’s debut album (released last October via Enci Records, the Southern California label launched by longtime Goo Goo Dolls manager Pat Magnarella) landed on a number of highly coveted Spotify and Apple Music playlists, resulting in over five million streams worldwide while also garnering spins on major radio stations around the country. He continues to broaden his fan base via glowing media coverage in several national and international media outlets, including Spin magazine, American Songwriter, Substream, The Noise, and Rock Sound, which called his music “an emotional and enthralling take on dark alt-pop.”

Kulick is currently working on a new album, again building on his sound and leaning more in a punk rock direction.

“If there’s ever a question of if I will ever stop writing or creating music, I am immediately reminded that there isn’t really a choice for me to stop. I have never lived a life without creating music, and I truly believe that I cannot live a healthy life without it,” he said.

The connection he has with his fans who have been with him throughout each phase of his career is also what drives him.

“The reason I create music has always been the same – to process, to better understand myself, to feel my emotions in a healthy way, and to connect with others. There is nothing greater.”

See NEPA Scene’s photos of Kulick performing at Stage West with Flora Cash and The Charming Beards in 2019 here.

Free movie screening and panel on human trafficking will be held at Marywood in Scranton on Feb. 22