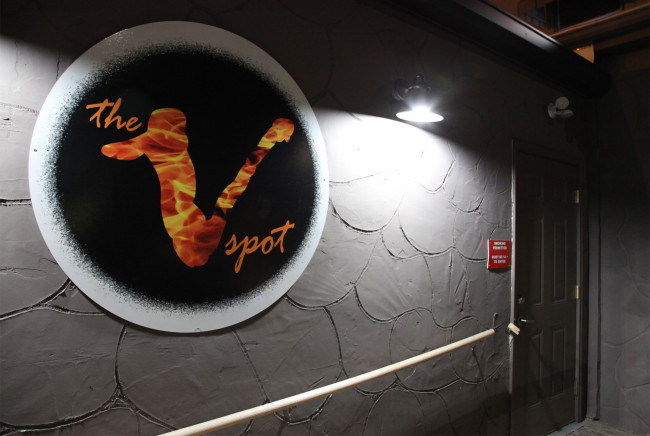 After being closed for nearly a month, The V-Spot in North Scranton is reopening this weekend with live music and, as co-owner Vinnie Archer puts it, “gratitude.”

On New Year’s Eve, the roof of the bar caught fire while it was being repaired for minor leaks. While no patrons were inside yet and no one was hurt, the fire, smoke, and water damage forced them to shut the doors, leaving the venue’s bartenders, bouncers, kitchen workers, and event staff out of work until repairs and inspections could be made.

Within days, NEPA Scene started a GoFundMe campaign that crowdfunded $7,370 for the employees from 134 donors, showing just how appreciated they are by the music scene as well as the general public.

The website then teamed up with Peculiar Kitchen in downtown Scranton to host a dinner fundraiser on Jan. 16 that included a buffet with a variety of food donated by Peculiar and other local restaurants like the Backyard Ale House, Bettelli’s Villa, Taco Bout Us, and Noir Dark Spirits, along with acoustic performances by Dustin Douglas, Adam McKinley, and Jeremy Burke with Shawn Caden. Despite the imminent snowstorm that night, 133 people came out to show their support and raised $1,500, which organizer and chef Gene Philbin added to the GoFundMe, bringing the total up to $8,870.

With the addition of some private donations, the money raised just surpassed $10,000.

“It has been difficult to coexist with all this gratitude. I want to hug everyone who has phoned, beeped, messaged, waived, and donated to our staff,” Archer told NEPA Scene before opening the bar today at 3 p.m.

“We want everyone to know we missed them as much as they missed us!”

Archer emphasized that neither he nor co-owner Frank Lombardo will accept any of the donations from the fundraisers – all funds will benefit their employees who, as Philbin noted, have already dealt with unprecedented times for the industry.

“It has been a hard enough year for restaurants and bars everywhere. We are all trying to survive, and New Year’s Eve is usually a great day for all of us. The minute that I heard The V-Spot had a fire, I thought to myself, ‘The timing is never good when this happens, but boy, this was a real rough time.’ That day is really a huge help, especially through the January/February slump, and it was taken away from them. It is a no-brainer to help them out in any way we can,” he said.

“And aside from being wonderful people, they are great supporters of local art, music, and their fellow restaurant and bars. The thing with a lot of Scranton restaurants is that we are all in this together. They’d do the same for any one of us.”

NEPA Scene founder and editor Rich Howells agreed, pointing out that Archer was one of the first people to help his family when his parents’ house burned down three years ago.

“I knew that everyone at The V-Spot was too humble to ask the public for help, but they shouldn’t really have to. They’ve always been there for the community with benefit shows, donations for charities and fundraisers, sponsorships, etc., so I set up the GoFundMe so we could all be there for them. Over the years, I have gotten to know their employees and see how hard they work and what great personalities they have. A lot of workplaces try to homogenize the staff and make them all behave like robots, but The V-Spot allows them to be themselves, and they’re all great people,” he explained.

“As the editor of NEPA Scene, I also know how important that bar is to the local music scene. They host a wide array of live music every week, our NEPA Scene Open Mic, a popular karaoke night, and events like the annual Steamtown Music Awards. We just lost another music venue in Scranton, so it’s so important to support the ones we have, especially those that showcase original local music as well as cover acts.”