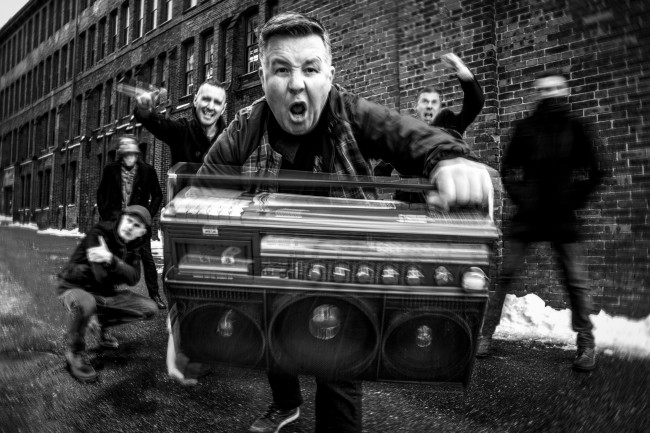 They will be joined by special guests The Bombpops and The Rumjacks for most shows on the 22-date run, including the Santander Arena (700 Penn St., Reading).

Along with “Streaming Outta Fenway” in 2020 – the first-ever concert performed on the hallowed infield of Boston’s Fenway Park – and the band’s “Turn Up That Dial” album release party in 2021, these four free live streamed concerts (with no in-person audience) were watched over 17 million times, raised hundreds of thousands of dollars for the band’s charity The Claddagh Fund and other nonprofits and were featured on “CBS This Morning: Saturday,” CNN, “NBC Nightly News,” “The Late Show with Stephen Colbert,” and in the Wall Street Journal, Forbes, and many more.

From August through mid-October of 2021, DKM returned to the road for their first live shows since the pandemic began, touring the U.S. with Rancid on the co-headlining Boston to Berkeley II Tour, which also featured performances at Riot Fest in Chicago and Aftershock in Sacramento.

The group’s latest record, “Turn Up That Dial,” released on April 30, 2021 via their own Born & Bred Records, is their 10th studio album and fourth consecutive Billboard Top 10 album debut, joining “11 Short Stories of Pain & Glory” (2017), “Signed and Sealed in Blood” (2013), and “Going Out in Style” (2011). Overall, their music has generated half a billion streams, and they’ve quietly moved over eight million units worldwide.

Their celebrated discography includes 2005’s gold-selling “The Warrior’s Code,” featuring the near double-platinum classic “I’m Shipping Up to Boston.” Whether you caught a legendary gig at The Rathskeller (The Rat) under Kenmore Square, found the band by taking the T to Newbury Comics to cop “Do or Die” in 1998, discovered them in Martin Scorsese’s Academy Award-winning film “The Departed,” or saw ‘em throw down at Coachella (or one of hundreds of other festivals), you’ve become a part of their extended family.

Over the last 25 years, Dropkick Murphys have sold out gigs on multiple continents. In 2020, the band was one of the first to embrace streaming performances, starting with their “Streaming Up from Boston” virtual performance. It was followed by last year’s landmark “Streaming Outta Fenway” live stream, which drew more than 5.9 million viewers and held the No. 3 spot on Pollstar’s “Top 2020 Livestreams.” “Still Locked Down” was No. 1 on Pollstar’s Livestream chart for the week ending on March 22, 2021, logging over one million views.

See NEPA Scene’s photos of Dropkick Murphys playing at the Sands Bethlehem Event Center on their 2017 St. Patrick’s Day Tour with The Interrupters and Blood or Whiskey here and see more photos of them with Rancid at the Festival Pier at Penn’s Landing in Philadelphia in 2017 here. 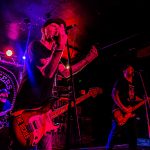