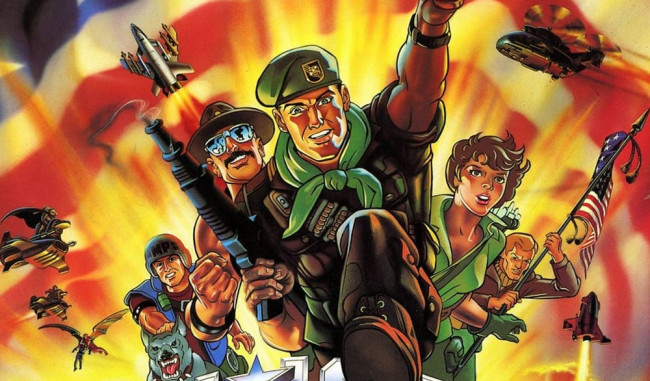 Fathom Events and Hasbro are bringing the classic 1987 action/adventure animated film “G.I. Joe: The Movie” to select movie theaters nationwide on Thursday, June 23 and Saturday, June 25 in celebration of its 35th anniversary.

After “The Transformers: The Movie” failed to perform at the box office in 1986, “G.I. Joe: The Movie” was released direct-to-video and on television, so this will be the first time it will receive a wide theatrical release.

In the film, G.I. Joe faces a new enemy as an ancient society of snake people known as Cobra-La try to forcefully take back the earth from those who drove them underground eons ago. The leader of Cobra-La, Golobulus, sends out Cobra Commander and the Cobra forces to steal the Joe’s BET, Broadcast Energy Transmitter, but they have failed to do so. Golobulus and Cobra-La need the BET because it’s the only energy source that is hot enough to ripen the pods they are about to launch into the Earth’s atmosphere and devolve mankind into their perfect society, one that is devoid of any intellectually sound organic lifeforms. G.I. Joe knows if they don’t quickly stop the enemy from launching the spores into the atmosphere, it could devolve mankind as they know it.

As an added bonus, moviegoers will get access to exclusive never-before-seen G.I. Joe content featuring fan favorite characters from the movie.

“We hope fans of the movie, whether you loved it when it first released in the ’80s or discovered it over the years, will revisit the classic and bring the whole family for an unforgettable night of nostalgia and interactive fun. Yo Joe!”

Originally launched in 1964, G.I. Joe was the first-ever action figure and one of the top action toy franchises of all time. The brand has a cemented place in pop culture with an over 50-year history that spans action figures and playsets, collectibles, apparel, comics, popular animated TV series, video games, live action feature films, and more. G.I. Joe has always revolved around action, excitement, adventure, diverse and unforgettable characters, and a resolute promise that echoes through the years – wherever there’s trouble, G.I. Joe is there.

Hasbro is a global play and entertainment company committed to making the world a better place for all children, fans, and families. Hasbro delivers immersive brand experiences for global audiences through consumer products, including toys and games; entertainment through eOne, its independent studio; and gaming, led by the team at Wizards of the Coast, an award-winning developer of tabletop and digital games best known for fantasy franchises Magic: The Gathering and Dungeons & Dragons.

The company’s unparalleled portfolio of approximately 1,500 brands includes Nerf, My Little Pony, Transformers, Play-Doh, Monopoly, Baby Alive, Power Rangers, Peppa Pig, and PJ Masks, as well as premier partner brands. For the past decade, Hasbro has been consistently recognized for its corporate citizenship, including being named one of the 100 best corporate citizens by 3BL Media and one of the world’s most ethical companies by Ethisphere Institute. 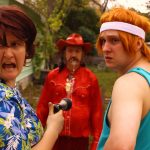 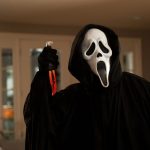