From a press release: It was announced today that comedian, actor, and writer Dave Attell, best known as the host of Comedy Central’s “Insomniac with Dave Attell,” will bring a full night of laughter to the main stage of the Keystone Grand Ballroom at Mohegan Sun Pocono in Wilkes-Barre on Saturday, March 19 at 8 […]

From a press release: It was announced today that comedian, actress, and television/radio/podcast host Nikki Glaser, who is currently hosting the HBO Max dating reality series “FBOY Island,” has added new dates to her stand-up tour “One Night with Nikki Glaser,” including a stop at the F.M. Kirby Center in Wilkes-Barre on Friday, May 6. […]

From a press release: John Mulaney, best known for his work as a writer on “Saturday Night Live” and one of the most popular comedians touring at the moment, announced today that his 2022 From Scratch Tour will kick off at the Mohegan Sun Arena at Casey Plaza in Wilkes-Barre Township on Friday, March 11 […] 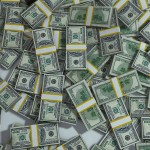