“The Cafe Metropolis’ last waltz was September 18, 2010. Big thanks to everyone for your support over the last 14 years. So long, and thanks for all the fish.” That message still remains on what’s left of Cafe Metro’s website. It’s been exactly five years since the legendary hole-in-the-wall closed its doors in downtown Wilkes-Barre, […] 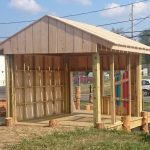