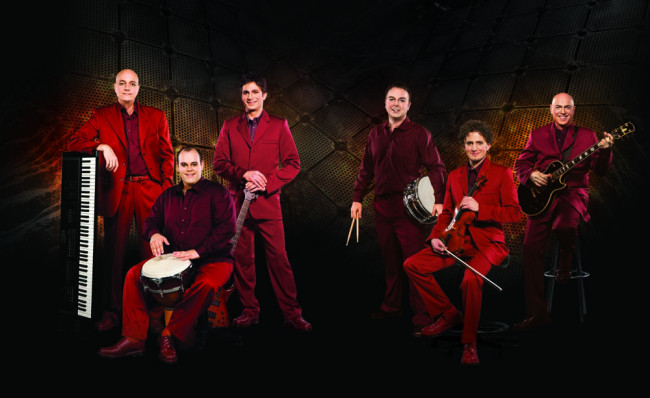 For Stephen Poulin, it’s all about discovery – even of the smallest things.

“I discovered a train around here this morning,” the “Cirque du Soleil: Dralion” band leader said via a recent phone interview, excitement creeping into his voice. ‘It’s wonderful. I always try to find one thing about each place I go to… and this is it.”

“Dralion” takes center stage at Mohegan Sun Arena at Casey Plaza in Wilkes-Barre for a five-day run beginning tonight, a show that centers on harmony and features clowns, acrobatics, and live music from a six-man band, the latter of which Poulin leads.

Music has been a part the Quebecer’s life since he took piano lessons at the age of five at the behest of his mother. He pursued his studies at the University of Montreal in classical piano interpretation and actually landed his first job in music with Cirque in 1987 as a keyboard player for the show “Le Cirque Réinventé.”

“They said, ‘Come to California,’ and I said, ‘I’m in!’ They needed a keyboard player. All I could hear was that music,” he paused to vocalize the “dun dun dunna dunna dun dun dunna” sound oft heard at circuses and carnivals alike, “but it was very different than that – very different.”

In 1992, he came on board with Cirque du Soleil for “Nouvelle Expérience” presented in Las Vegas and, finally, in 1999, he settled into his role with “Dralion,” a show that’s been an integral part of his life ever since. He’s performed in over 4,700 consecutive shows.

“I still discover new things, so that’s good,” he said of what has kept him with Cirque for so long. “I’ve been here since ’99 and I’m still enjoying it. I started this show, and I’m going to finish it.”

Poulin said touring may not be for everyone, but for him, it’s the ultimate pleasure. His favorite cities read like a bucket list of tourist destinations for many: Barcelona, Paris, London, Tokyo, Melbourne. He said he would love to live in Barcelona someday.

“Though, maybe Wilkes-Barre will be my favorite!” he proclaimed with a laugh. “You never know!”

Even if Poulin did not travel to such a variety of countries, he would still gain experience of the world solely through his bandmates.

“We are from everywhere. The bass and keyboard players are from Greece, the violin player is Hungarian, the guitarist is from Quebec like me, the percussionist is from Australia, the drummer and one of the singers are also from Quebec, and our other singer is from Argentina.”

What also keeps things fresh is the show itself. Though Poulin has seen it time and again over the years, it never is quite the same. As band leader, it’s up to him to make sure the music is timed with the movements. Should someone misstep, the band needs to be right there staying in sync.

“There’s always something different happening. You have to watch everything all the time so you can be aware if something happens.”

It’s a lot of responsibility when compared to his very early days with Cirque, though he wouldn’t have it any other way.

“It keeps me on my toes, all the time!” he exclaimed, making it very apparent it’s in no way a burden.