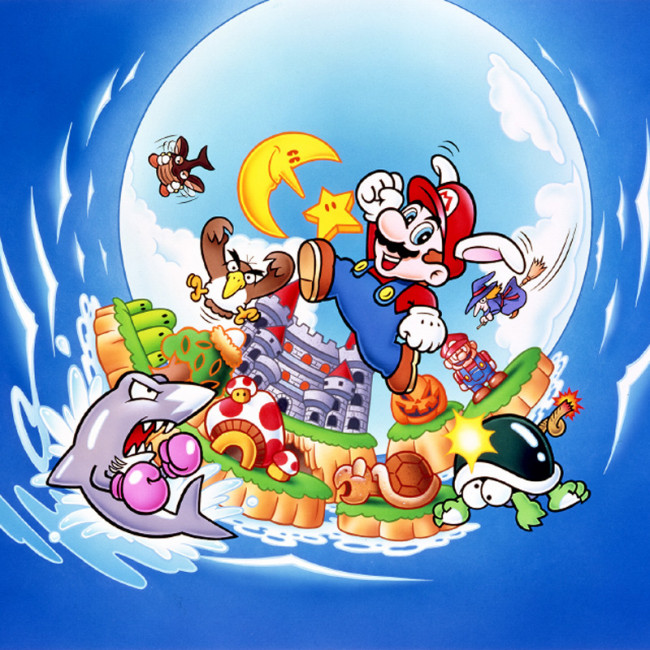 “Patience” and “loyalty” are not two words that dedicated fans of a game franchise like to hear. Chances are this is in relation to a game release date delay or fans in an uproar over the last incarnation of a game’s vast library. Most of these staunch critics probably feel the game really missed the mark as far as quality is concerned. In the case of the subject matter in the third week of our “Oh Poop, School Is Coming” month here on Turn to Channel 3, there was a lot riding on this game after the first in the series came to the humble Game Boy not long after the handheld’s debut.

Today, we’re going to look at “Super Mario Land 2: 6 Golden Coins,” one of my absolute favorite late-summer romps on the Game Boy and one that’s considered by many to be one of the best games on the handheld. Let’s put on our bunny ears, grab some carrots and hearts from a crane machine, and play “Super Mario Land 2!”

I’ve always marveled at the sound quality on any handheld system, but especially on the original Game Boy because, at least on paper, it doesn’t seem like there’s much to work with hardware-wise, but in the case of “Super Mario Land 2,” the music isn’t just great, it’s downright excellent, with tunes that suit situations in the game quite well. There are a lot of reasons gamers enjoyed this Mario adventure more than the Italian plumber’s debut on the Game Boy, and this is a good place to start.

The music is upbeat, fun, and energetic when it needs to be, but also dark, spooky, and intense for those battles where you are truly tested. A mark of any good franchise in gaming, Mario or otherwise, is consistency, and the Mario titles have always created some fun and iconic soundtracks that we just can’t get enough of, along with sound effects that, while simple, are just enough to give this game its unique flair among the many Mario games in the series.

One of the major critiques of the original “Super Mario Land” is that, graphically, it didn’t really feel like a true “Super Mario” game. Many have even considered it a Mario knock off, and while I wouldn’t go that far, I would say that the sequel definitely captures the Mario style of graphics we are used to. In “6 Golden Coins,” you feel like you are in another version of “Super Mario World” on the SNES, which is still gaining praise to this day as one of the very best Mario games of all time, so that’s a great game to be in the company of by comparison. The enemies and levels in this game are all so well made and unique. You have boss battles against a diverse group of adversaries, and the worlds you journey in vary from space to even Mario himself!

There’s so much to explore in a game that fits so well into the Game Boy library. “Super Mario Land 2” has mini games, secrets, great power-ups, and we are introduced to Wario for the first time. Whereas in “Super Mario Land” you were restricted to a linear style, there is no set way of obtaining all six golden coins to face off against Wario here, and that’s a nice touch for a game featuring Nintendo’s mascot. It seems to me that whatever console or handheld a great game is on, one of the things that sets it apart from the rest is the amount of freedom given to the player, and this is a great example of that on the Game Boy. “Super Mario Land 2” may not be the hardest Mario game in the bunch, but it doesn’t change the fact that it is still a blast to play in 2015.

I need no further proof of the greatness that is within this tiny cartridge other than the fact that every single time this game shows up in my store, it is sold by the time that weekend is over. It’s always a great thing when a company hears the cries of its consumers and goes back to create a much better game than the original. “Super Mario Land 2” is the result of making a quality title on a much smaller scale, yet packing in as much enjoyable game time for the player. If you are a big fan of the Game Boy and don’t own this title yet, what’s wrong with you? Get on the “Super Mario Land 2” hype train right now, mister!

I hope you enjoyed this edition of Turn to Channel 3. Join me next week as we wrap up the month of August (can you believe that?) with some action-packed gaming from the heroes in a half shell!

Until then, enjoy what is left of the summer, and remember to always game on!