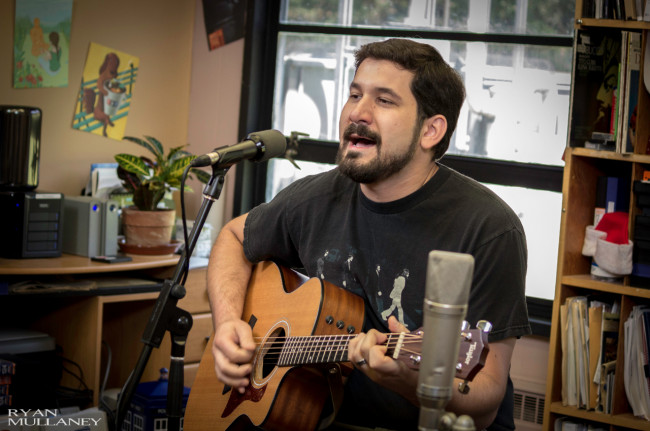 This interview was conducted by Matthew Manahan, an intern at WVIA Public Media.

NEPA SCENE: Where are you from?

BRAD PARKS: I am from Scranton.

NS: Did you go to Scranton High?

NS: Got it. So when did you start playing guitar?

BP: I started playing guitar actually kind of late in life; my stepmother got me a guitar when I was 19 years old.

NS: What was the first song you learned how to play on guitar?

BP: “Eight Days a Week” by The Beatles.

NS: Would you say that they are your inspiration for playing guitar?

BP: I’m not really sure. My inspiration is just to have it down I guess. It’s a hobby.

NS: Is there any artist you try and emulate?

BP: I try and emulate the great poet writers, guys like Tom Waits and Warren Zevon.

NS: Do you play any other instruments?

BP: Not really. Harmonica every once in a while; I kind of dabble with keys a little bit.

NS: Do you also play with a band?

BP: I was in a band; we were called Kids on Bikes. We actually started it a long time ago, me and my best friend from high school. When we started, it was more of a fake band. We would come up with album titles, song titles, and create posters and stuff like that.

NS: Did you guys ever record any albums?

NS: So you met these people along the way?

BP: They were all from the area; they came from Scranton. But now they don’t live in Scranton anymore, so now we’re not a band anymore. It was fun while we lasted; we met a lot of great people.

NS: When you were with the band, what type of gigs would you play?

BP: We played a lot of bar gigs, which could be tough because you have to play for about four hours of songs. We were an original and a cover band, so we had to fill up that space. But it was a lot of fun playing multiple gigs with a bunch of other musicians.

NS: So you wrote your own songs and covered others too?

BP: Yeah, we tried to make our cover songs sound like songs that we would want to write ourselves. We also tried to cover more fun songs that were traditionally covered by cover bands, just to keep it fresh.

NS: What type of genre would you say you guys played?

BP: First, it was acoustic based-pop, and then it changed to rock/pop.

NS: Kind of like the artists you mentioned before?

NS: How do you balance music with your other obligations?

NS: So guitar is just recreational at this point in your life?

BP: It is, but I definitely want to get my music out there.

NS: Thanks for coming in, Brad.

BP: Thank you! My pleasure. 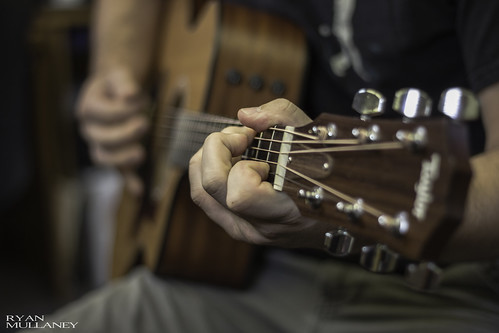 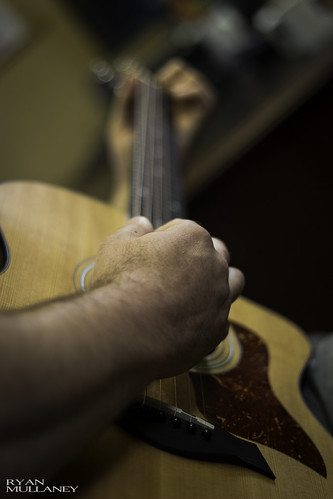 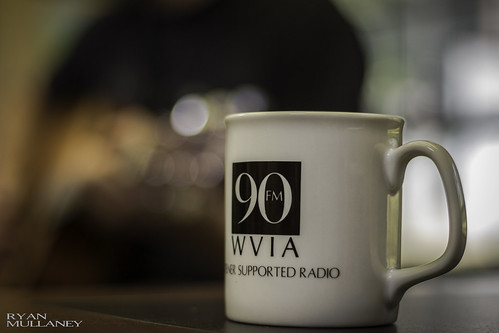 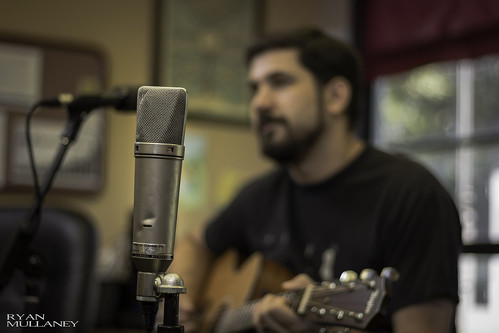 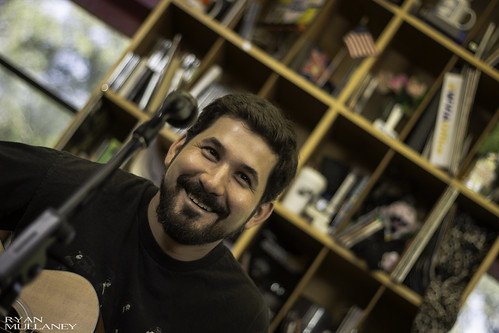 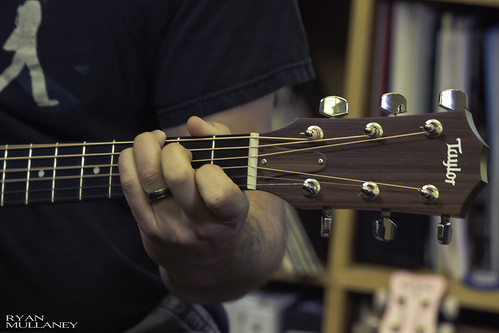 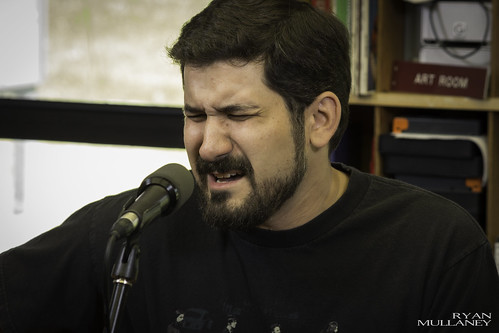 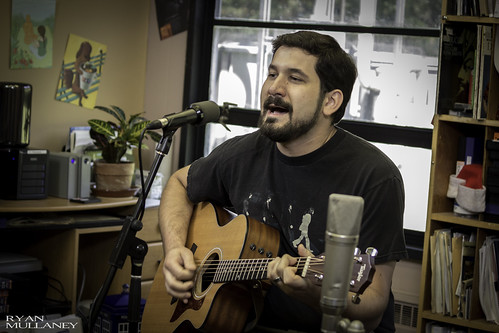 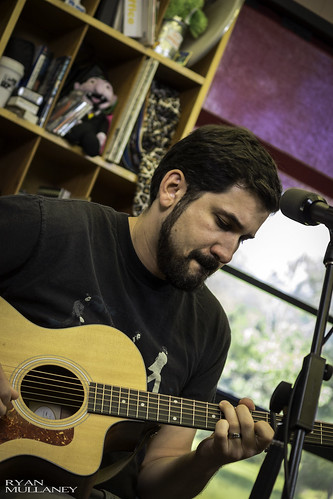 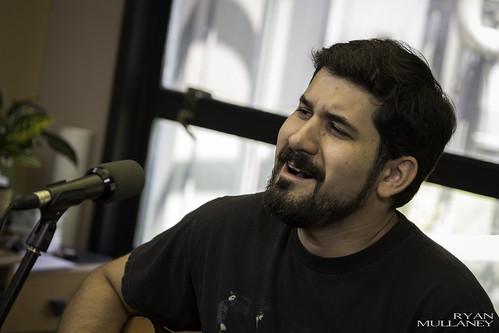 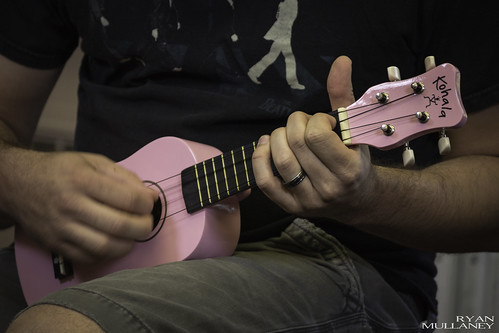 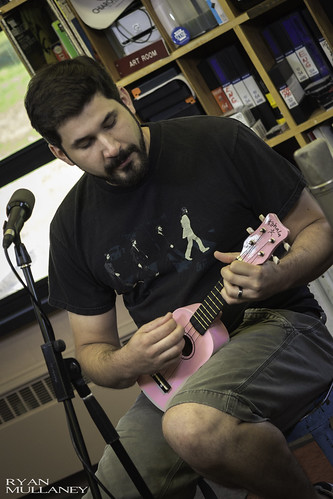 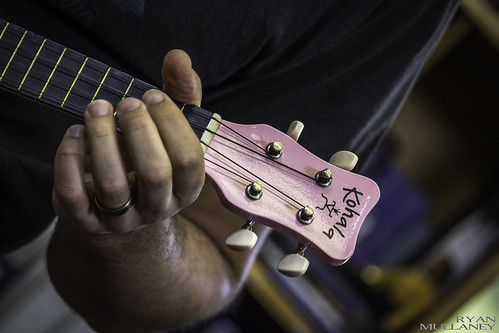 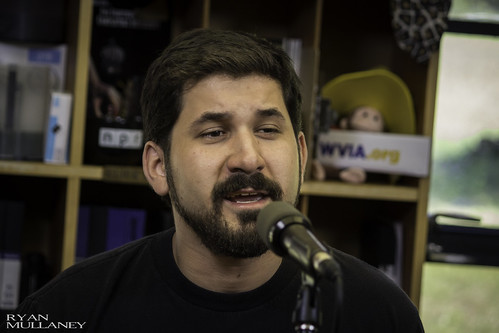