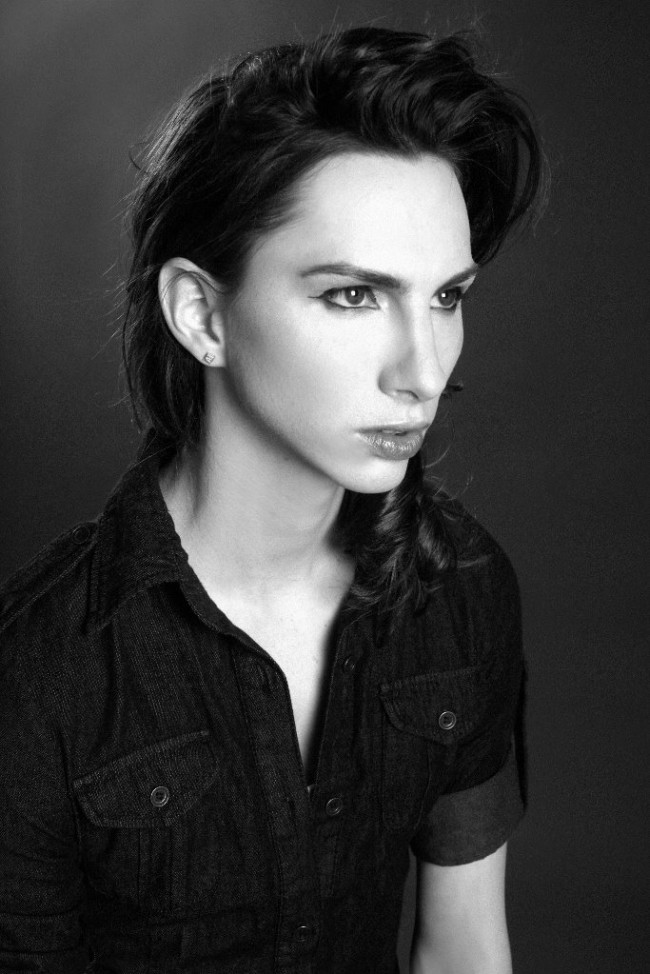 Last week, I lamented on Facebook that I was struggling with a topic to write about. It wasn’t a lack of inspiration; however, it was a lack of positive topics to discuss. There was too much negativity, too much anger and pain. Too much murder, too much death. Too much Donald Trump and Kim Davis. I’d had it with the constant stream of dark, depressing news. Even within our community, there was too much divisiveness over who to be offended by and who was more of a victim – who deserved more protection and consideration.

These things are important to discuss, don’t get me wrong, but these things do not solely define the trans experience; they are merely symptoms of it. There’s a reason I named this column “Living Your Truth” and not “How to Constantly Feel Victimized and Marginalized by Your Truth” – and it’s not because the former is shorter and easier to remember. So, this week, you’re going to have to look elsewhere if negativity and furious anger is what you’re after.

This week, it’s all about the positive effects of listening – listening to your heart, listening to your partner, and listening to total strangers. In fact, when readers decided to chime in and ask a few questions, I felt like it was important to listen to them. And here’s how that went…

“How about etiquette? There was a child in Brooklyn the other day. I wanted to compliment his or her hair but didn’t know how to start the conversation without sticking my foot in my mouth. Couldn’t tell if the child was gay, trans, in drag, male, female, androgynous leaning toward female. ‘What are you?’ didn’t seem like the right opener.”

John, you’re right. That would have probably not been the best way to open, so here’s my best take on etiquette when dealing with someone you suspect may be transgender (or, rather, when you’re just not sure of someone’s gender).

First of all, do we still teach etiquette in school? Does anyone even teach etiquette, anymore? It’s been a long time since the days of “Mr. Bungle,” and while that’s probably for the best (because OMG), I feel like, sometimes, we really need to revisit that idea. We need to teach etiquette, and we need to go beyond simply teaching table manners, saying “please” and “thank you” and showing where the salad fork goes when setting a table. Because, honestly, where does that thing go? Why do we need so many forks, anyway? Do they all really do something different? Really?

Etiquette, like language, evolves and changes. Words, phrases, and behaviors that used to be acceptable aren’t acceptable anymore. And it’s not that we’ve grown more sensitive or “politically correct” – it’s that we’ve learned better. We’ve learned that there are people out there who have been hurt, marginalized, and discriminated against with words like, “crazy,” “retard,” and “psycho.” Likewise, in the LGBT community, certain words have been used against us in similar ways, and we’ve learned to stop using them.

However, attitudes can change in the opposite direction as well. For example, I’m of the generation that still attributes the word “queer” to being an oppressive, derogatory term. These days, though, later generations have reclaimed it. They’re more comfortable with that word now. I even use it to describe myself sometimes, as in, “I am a queer transgender woman. I find men attractive, but I prefer to sleep with women.” Meanwhile, the words “faggot” and “tranny” are still way out. For example, unless you want to walk with a permanent limp, I would highly suggest never describing someone like me as “a faggot tranny.” That would be extremely unwise.

Having said that, I’ll let you in on a secret… Sometimes, I’m confused, too. It’s only natural. Gender cues can be difficult to pick up on, and some people dress androgynous to suit their own sexuality/gender/personality. But, if I may suggest, there’s definitely a right way and a wrong way to approach a transgender person. Just remember, it’s different for everyone.

Here’s a recent example, in my case. The other night, someone asked me, “I don’t mean to offend, but are you a boy or a girl?”

I had to pause a moment to consider the context. Was this person being earnest and straightforward, or was there malice behind the question? This kind of mental check goes on every time it happens to me, because it may very well be that my life depends on the answer. Can I be open and honest, or should I protect myself? Finally, I realized she was friendly and I replied, “I’m a girl.” And that was it. I gave her my honest answer and established who I am as far as she needs to know. No qualifiers, no questions.

It stung that I wasn’t immediately, obviously seen as a woman, but it comes with the territory. It’s not always so obvious to everyone else, and there are such people as crossdressers who fully identify as one gender while dressing as another, which is a completely valid expression of the sexual/gender spectrum. So, John, best bet, avoid pronouns altogether. Just say, “Nice hair!” or, “I love what you did there! Great work!” But if you really, really need to know, politely, very politely, ask them what pronouns they prefer and accept whatever answer they give you. No questions. Just understand that if they snap at you for asking, it’s probably because they get asked that quite often, and it hurts almost every time. Please be patient and understanding with them.

Being transgender still comes with a lot of fear, anxiety, and shame, and that’s sad, but it’s just something we’re going to have to deal with until society evolves to accept us. Even in my personal life, I have a friend who, after knowing her for months, finally started really opening up to me. It took a long time of talking and sharing and being open to the opportunity to listen to her to get there. She needed to know that she could trust me, that I wouldn’t judge or criticize. I had to turn off the analytical mind and just appreciate this precious gift she was giving to me. That’s not something you can achieve in the minute and a half it takes to introduce yourself, but, if that person is willing to trust you and share their life with you, the reward is a valuable and enriching relationship. You just have to be willing to listen. Consider the fact that we can close our mouth, but we can’t close our ears. It’s good to remember that.

And that’s all for this week! John, thanks for the great question!