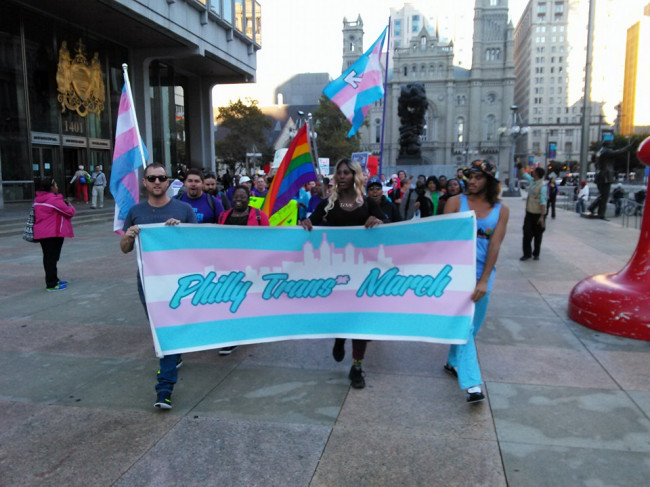 “Did you watch the debates?” was a popular refrain among many of my friends this week, which may or may not show you the caliber of people I associate with on a regular basis. I’m not bragging, honestly, but I realize that I tend to keep myself living in a bubble – a very queer bubble. That’s my squad… the LGBT community, day in and day out. Not gonna lie, I love them all; it’s just really nice to be with people who “get you.” On the other hand, if you’re trying to change the world, you’re not going to accomplish much if you’re simply staying where it’s comfortable and safe.

Obviously, a lot of my friends are very active socially and politically. They do amazing things in their communities. We’re going out into spaces where we, maybe, don’t feel so safe and comfortable. But we feel like we need to. We have to. Rather than risk shouting into an echo chamber, we’re saying things that need to be said to people who really need to hear them, because trans women of color are still being murdered (another one this week) and trans people are still killing themselves (yes, another one just this week).

As mentioned in my last post, I was headed to Philadelphia to take place in the fifth annual Philly Trans* March on Saturday, Oct. 10. Hundreds of transgender people gathered in the Thomas Paine Plaza, along with allies and supporters who were there to march alongside us. There were signs, banners, chants, and cheers as we maintained a steady pace through the streets. Hundreds more onlookers watched, took pictures, shouted, and honked car horns in solidarity, waving us on – onward, through the shadow of historic buildings and famous places. This is the city where our country took its first gasping breaths of life, and we were there, remembering those who took their last.

There was a brief moment where I became self-conscious as I joined the chant, feeling somewhat silly about shouting at no one in particular, but that moment quickly passed as I reminded myself of where we were and what we were doing – and what happened in the city just a few days prior. Bolstered, I chanted a little louder. I faced the crowd and locked eyes with strangers. To them, it was just another parade, another protest, another rally in Philadelphia, where this sort of thing is surely commonplace. I could almost imagine the conversation: “What are they protesting this time?” “Oh, who knows? Someone got killed or something.” I chanted a little louder and clearer. 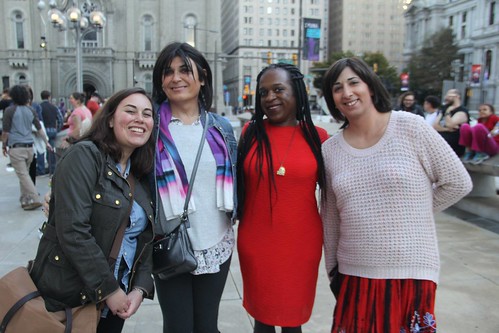 As we are all well aware, next year is an election year. The gears of the political machine are turning, and they’re about to ramp up production until we are inundated, saturated with images, words, and soundbites of the candidates. We’re going to see drama, comedy, and tragedy unfold before our eyes. History will be made, and it will pass away. People are going to divide, setting themselves on either side of the debate. They will gather around their chosen candidate and unleash hell for their champion. It’s going to get ugly. But before all that, we need to pare things down. We need to zoom in on our own communities, our own cities, our own neighborhoods because, for as much power as the president has, it’s the people who run government outside that circle who actually get things done.

Local government elections are coming up very soon, and it’s important – more important, even – to get involved and be aware of who it is that oversees the city and neighborhood where you live. Get to know who’s running, what they’ve done, and what they can do for you. If your city doesn’t have an anti-discrimination policy that includes protections for LGBT people, change it. Get one, and then elect people who will support it. Make it happen!

We don’t know how much longer it will be until we get a national policy in place that will protect us all, in every city and state. But until then, you are at risk of being fired, evicted, or denied services simply for being gay or trans. Don’t let things continue the way they are, and especially don’t assume that someone else is out there taking care of it for you. Get involved! Take to the streets – march, chant, and make your voice heard! And even if people just stare blankly as you do, at least you made yourself heard. No one can ever say you didn’t try.