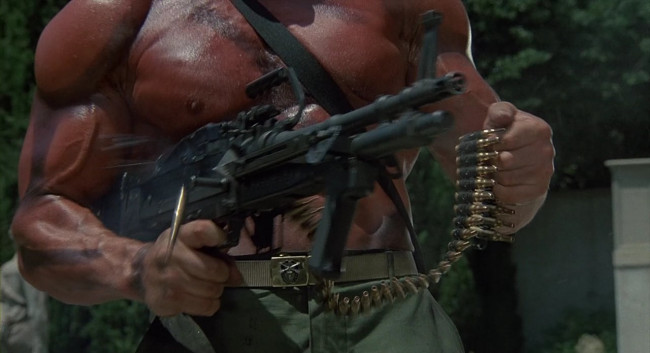 Suffice it to say, I’ve been a bit busy the last few weeks. There was NEPA BlogCon, then a trip to Pittsburgh for the TransPride Pittsburgh Conference, and then telling my story at the Big Gay StorySlam for the Scranton Fringe Festival… and I’m not done! This Saturday, I’m marching alongside Daye Lily Pope, transgender rights organizer for Equality Pennsylvania, in the fifth annual Philly Trans* March in Philadelphia. Are you sick of me yet?

To be honest, there isn’t anything I’d rather be doing. Between meeting new people and hanging out with friends, doing advocacy and activism, I’m just trying to squeeze in as much as I can, especially following a brief health scare where I twisted my knee and wondered if it would ever twist back into place. Of all the miles I’ve ridden my bike, of all the stupid stunts I’ve pulled, and of all the squats I’ve performed over my lifetime, of all the times I came close to actively trying to kill myself, who would’ve thought that crouching down to pick a piece of trash up off the floor would be the thing that sends me to the hospital? Fortunately, it’s feeling better. I’m back to biking, dancing, and running around as much as before, albeit a little slower and with a little bit of pain. If I’m still able to walk by the time I’m 40, it’ll be a miracle. Don’t get old, kids!

Unfortunately, if you’ve been paying any attention to the news lately, there are those of us out there who will never have the luxury of getting old. Far too many, in fact.

At the Big Gay StorySlam, one of the main themes I spoke on was that of misogyny and how it bears down on all of us – not just women, but everyone. Misogyny is defined as the dislike of, contempt for, or ingrained prejudice against women, and you’ll find it everywhere – everything from fashion to reproductive rights in this “man’s world” is seemingly guided by misogyny to keep the patriarchy on top. Women can’t be old, they can’t be fat, they can’t be too tall, they can’t have facial hair, they can’t be bald, and they can’t deviate from the aesthetic norm or accepted gender stereotype. They’re told, “Don’t dress slutty or you’re just asking to get raped,” while simultaneously being told, “You should dress prettier at work. Dress the way a woman should!” And they can’t speak out or they’re seen as nags, just “bitching and moaning.” They’re just supposed to know their place and get back in the kitchen and do what they’re told. The double standards and the contradictions are ridiculous, and we feel it very much in the trans community, maybe better than anyone else, because there’s a lot of misogyny at the heart of what keeps us in the closet and afraid for our lives.

We felt misogyny when we were passing as young boys who were singled out and picked on for not liking sports. We felt it when bullies pushed us around and beat us up for “acting gay.” We felt it every time a larger boy exerted his size and strength over us. And in the authority figures, the coaches who said we played or ran “like girls,” who belittled us with words, saying, “Come on, ladies! We don’t have all day!” it was very much there as well, proving that this isn’t something that suddenly stops when boys become adults. The doctor who told me to “suck it up” and “act like a man” when I cringed at the sight of a needle, the intimidating boss, the guy with the big muscles and the big truck, the angry guy who gets up in your face and puffs himself up when he’s upset that you looked at him wrong – it’s all there.

We felt it because misogyny works against men, too. It hates men who appear like women, because women are seen as weak by misogyny. And make no mistake, this affects trans men, too, who face never being fully accepted unless they portray the tropes of manhood as stipulated by the strict standards imagined by a patriarchal society – the same patriarchal society that demands hyper masculinity. And this toxic hyper masculinity, in my opinion, is definitely at the root of some of the most troubling events we’ve seen in recent times.

An article in the Christian Science Monitor looked for common links in major mass shootings and came away with this: a toxic, warped form of masculinity. Eric Harris and Dylan Klebold at Columbine High School are good examples, citing that they were tired of being bullied their whole lives by “jocks” and tougher guys who would push them around. Elliot Rodger is another example with one of the most warped senses of entitlement I’ve ever seen, killing women in particular for “friendzoning” or outright rejecting him. Then you have this most recent mass shooting, the bloodiest ever, at Umpqua Community College in Oregon. The 26-year-old gunman, Christopher Harper-Mercer, seemed almost exactly like the kind of man who is of a certain type that I know very well.

I’m no expert here. I’m not saying these young men were trans, or gay, or whatever. What I’m saying is I can almost identify with them and understand what they might have been thinking and feeling. I don’t know what pushed them over the edge, I don’t know what made them do what they did, and I will not defend their actions. What I know, though, is that hyper masculine men probably tormented them on a daily basis because they felt threatened by these kids. In fact, hyper masculine men feel threatened by people like me – threatened enough to kill people like me.

Another trans woman of color was killed in Philadelphia this week. Her name was Kiesha Jenkins; she was 22. She was shot and killed Tuesday morning. Authorities don’t know yet if she was targeted for being transgender, but five or six males approached her and shot her twice in the back. She was transported to Einstein Medical Center, where she was pronounced dead. She is at least the 20th transgender person killed this year – no one really knows the official number – and the second trans woman killed in Philadelphia.

We may never know why Kiesha was killed, but it seems more often than not that misogyny is to blame. A man will see a trans woman and then feel conflicted about his sexuality because he’s attracted to what he sees as “a man in a dress.” It challenges his sexuality and demeans his sense of masculinity. His fragile ego shatters, and the world he constructed around himself comes crashing down. Confronted with this, he reacts in violence, which he conducts through a gun because, again, his warped sense of masculinity makes him think he needs one to be tough, to enhance his power and masculinity. His “honor” as a man demands he use it against her to redeem himself.

The amount of trans murders and suicides in 2015 outnumbers even the bloodiest mass murder by a single gunman, yet it garners nary a single mention in the mass media. We are more visible and celebrated than ever and, yet, this rarely ever gets mentioned. Is that, too, a result of toxic masculinity in a patriarchal society, where we have no rights, no protections, and are treated like jokes, sex objects and freaks? I’d say that’s a definite possibility. But then, when no one respects us, and no one is punished for killing us, and no one cares when we kill ourselves, what do you expect?