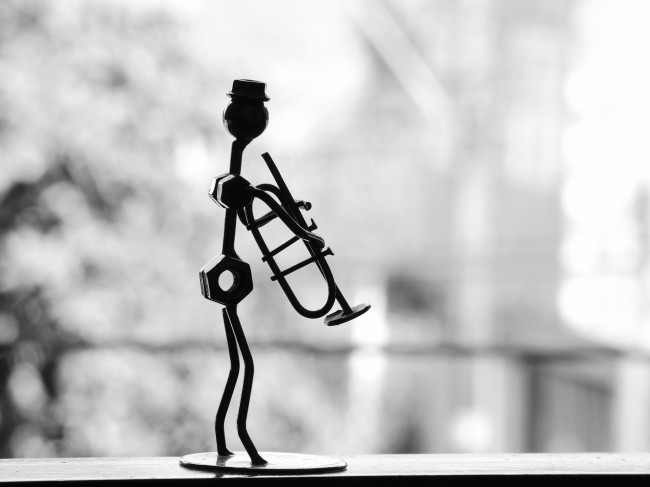 Last week’s column certainly got a debate started, which I welcome, so this week, I want to go a little further down the same road.

I talked about casinos and tribute bands and the death of clubs in the new environment. The big record deals don’t happen anymore, for the most part, and the ones that do are often bad for the artists.

So all of this begs the question: Why the hell is there still so much great music being made?

Older musicians talk about the good old days and how music sucks now. I would agree that the live scene has changed dramatically in my neck of the woods. Not for the better, in my opinion. But, if you think there is no good music being made, buddy, you ain’t looking in the right places.

When I started, it was just at the beginning of CD sales. The transition from vinyl to CD was only a few years old. If you had a CD, that was a bit of a big deal. Now, everyone has recordings of their stuff. In some cases, before they even play a gig. A video, too.

And you know what? Some of them are pretty damn impressive.

From my side of the fishbowl, the “quality” of the average band’s first record today has grown exponentially. I attribute this largely to the democratizing of the tools of production. Anyone can get some software and learn how to record their own music. And they do. Even if they go to a studio or work with a producer, they come to the table with at least a working knowledge of how it all happens.

And knowledge is power.

So, then, why does it seem so much stuff doesn’t last?

Supply and demand. We have a glut of supply. It’s easier to achieve good results, so there is more stuff. The cost of recording is no longer a filter. The record company is no longer a filter. You don’t need much money or a label to put out a record. Just buy some software and post the results. How cool is that?

When you get a vaccination, they feed you a little bit of the disease and you grow an immunity. Same with music these days. There’s so much of it, you don’t even notice it, like an air conditioner running in the background. You cease to notice, regardless of the quality. And if you do notice, in most cases, you move on rather quickly. In many cases, we have become immune to art.

It’s like beautiful wallpaper. A largely ignored backdrop of awesome.

As a label executive once told me, “Bands are like trains. There’s a new one coming every 10 minutes.” Smug, but true.

Oftentimes, true craftsmanship falls in with the white noise. And that’s the really sad part. A lot of great guys get pushed out of business.

Look at it from a different angle: A badass craftsman makes a beautiful chair. A masterpiece. It takes him five days to make. He asks $300 for it. But… there’s a chair that sort of looks like it at Walmart for $30. Furthermore, at Home Depot, there’s a kit you can buy with all the pieces to a similar chair already made. That’s $20. You just glue it together, stain it, and decorate it. Voila! Same thing. You’re a craftsman!

Now, you look at the real craftsman’s chair and you say, “This is beautiful. Stunning. Obviously, a superior quality chair.” But then you think, “Screw it. If my Walmart chair breaks, I will buy 10 more for the price of one of his. Or, if I’m feeling crafty, I’ll buy the Home Depot kit. Hell, I might even start selling these things myself!”

Meanwhile, the master goes out of business because no one gives a shit. He drowns in the white noise your thrifty, ADHD ass helped create.

Cheap and free. Your grandma’s fridge lasted 30 years and yours only lasted five. But who cares? Get another one. They are readily available, dude.

If I poke around, I can find just about anything cheaper than it was when I was a kid.

The tyranny of free. Say goodbye to the master…

So, our virtuoso, our master craftsman rides off into the sunset still doing what he loves for less and less to make ends meet. Unless, for some reason, something he built gets endorsed by someone or something that is above the white noise. A tastemaker… Oprah, anyone?

Then people buy his chairs in piles so they can show them off to their other asshole friends at parties. The chair is the same as it ever was. It’s just in a different frame.

This is nothing new at all. What a screwed up world we live in.

So, what’s the moral to this ramble?

If you want to be great (even really good) at this music thing, do it for the love of it first. Let your own standards push you forward because, in the long haul, “what it all means” at the end of the day is largely not up to you. A lot of old rites of passage are gone. Everybody’s doing it. Everybody gets a trophy these days.

Trust in your craft, work like hell to be heard, and hope for the best. It will take way longer than you think.

And, paradoxically, when you decide you no longer want the recognition you have been seeking, that’s when you get it. I have found this to be almost axiomatic.

Or, if you just want to look like you know what you are doing, buy a kit. Hell, they are easy to find.

And there’s a new one coming every 10 minutes.