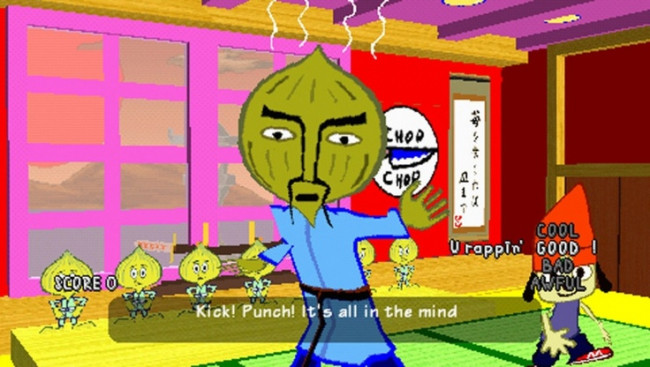 Aspects that are often overlooked regarding moments in video game history are those that not only change the industry, but also make gaming as a whole more widely accepted, more mainstream and, let’s face it, “the cool thing to do,” to be a part of.

This month, we will be looking at titles for the original PlayStation console, one that allowed Sony to turn Nintendo’s betrayal in the ‘90s with what was to be a disc add-on to the Super Nintendo into one of the biggest console juggernauts of mid-to-late ‘90s, creating some truly memorable franchises with names like “Crash Bandicoot,” “Spyro the Dragon,” and “Twisted Metal,” just to name a few. The Sony PlayStation was a console created for those who felt Nintendo, a company that shaped their childhoods, wasn’t speaking to them in a way that their now teenage and 20-something selves wanted to hear.

So just what makes a good console? Better yet, what makes a company enter the realm of video games and succeed on this level? There are certainly many answers to this question, but most notably, you have to be unique, with everything from your marketing plan to your library of games, and today we are going to take a look at one of the first PlayStation titles your scribe ever played, and one that was definitely unique. Get ready to bust a move, gamers, because we’re looking at “PaRappa the Rapper” today on Turn to Channel 3!

Obviously, the main draw of “PaRappa the Rapper,” since it is part of the core gameplay, would be the music. What I found truly amazing is, despite how silly the songs can be at times lyrically, they still hold up well to this day, and chances are, if you play this again, you’ll catch yourself singing along to these tunes throughout the day. This speaks a lot to the endearing nature that gamers have for “PaRappa,” which could largely be due to it being their first exposure to the PlayStation, or at least their next game after “Crash Bandicoot.”

That being said, this is a very nice soundtrack of varying songs that tie so well into the gameplay and really keep the game flowing as you learn your way through it. Chances are a game like this at the time wouldn’t have been possible on another console, largely due to the actual singing voice actors, lyrics, and timing with the game. It may not seem like a big deal now, but in 1996, it most certainly was!

The graphics presented in the cut scenes in between the actual gameplay are still pretty good, but overall, the flat, paper cut-out style in “PaRappa the Rapper” just doesn’t seem quite as crisp and appealing as it did nearly two decades ago. I don’t know whether this is just from the advancement in technology or me being a jaded adult in comparison to my teenage years of playing this title, but there are some graphic styles like this or similar that aged well – this just isn’t one of them. It just looks sloppy in some spots.

While some gamers may find “PaRappa the Rapper’s” repetitive gameplay annoying at times, the challenges, presented with increasing difficulty and combined with unique wit, charm, and character, create a game that not only proudly exudes ‘90s cheese and culture, but has endearing memories planted in the minds of gamers years removed from it.

While spinoffs and sequels just didn’t quite pack the punch of the original, like many great, or at least different games on the PlayStation console, gamers remember the first time they played “PaRappa.” Like the company’s console this game appeared on, it changed the way gamers looked at what a video game could be and what could entertain gamers and future generations. “PaRappa” may not win any stylistic graphic contests, but chances are you’re still singing what so many of us called “The Kung Fu Onion Guy Song” – “Kick! Punch! It’s all in the mind!”

“PaRappa the Rapper” doesn’t have the credibility other PlayStation titles like “Crash Bandicoot,” “Spyro the Dragon,” and “Twisted Metal” carry with them, but it certainly belongs in the elite group of games that brought in a whole new demographic of gamers who felt betrayed by companies like Nintendo and Sega that weren’t making games for them. “PaRappa” is a testament to the tried-and-true notion that sometimes the most absurd ideas can take off, while the most practical can fall flat. If Sony was just throwing things against the wall to see if they would stick, “PaRappa the Rapper” is definitely one of those that did.

Next time on Turn to Channel 3, we look at an RPG that brought a staple of the genre to the PlayStation – “Legend of Mana!”

Until then, remember, we’re in March and spring will soon be here, so get ready for Easter and, as always, game on!