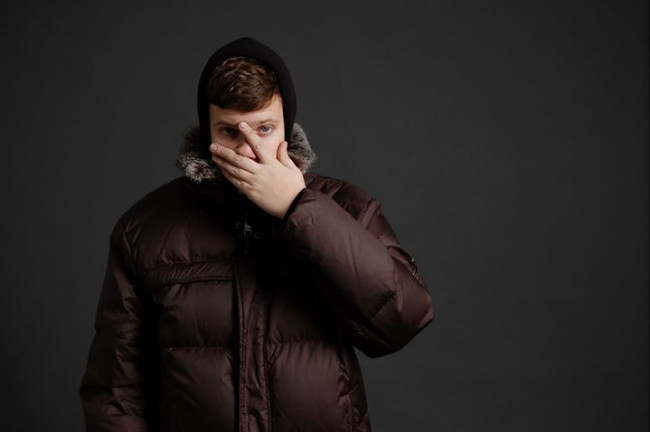 The Electric City Music Conference is proud to announce that Prospect Music Group recording artist Apache Chief will perform at its 2016 event. The New York hip-hop artist, who recently inked a record deal, has recorded with music legends Jadakiss and AraabMuzik and marks the first national headliner announced for the Scranton festival.

Apache Chief, who is currently on tour with Chris Webby, recently sat down with the ECMC’s Joe Caviston to talk about his career thus far and his upcoming performance.

NEPA SCENE: Your hip-hop persona is called “Apache Chief.” Can you explain the inspiration behind that?

APACHE CHIEF: Apache Chief is a cartoon character that I used to like back in the day. He wasn’t the most popular superhero, but he was well-liked by his peers. His power was to grow on command. To me, being a white rapper from upstate New York isn’t the most likely scenario, but I’ve had the support of my area from day one. My only vision is to grow bigger and bigger, with no other option in sight. Apache Chief was the “underdog” superhero who only knew how to grow bigger. In turn, I’m the underdog artist who only knows how to get bigger. Also, my bro, Brian Shutter, thought it sounded dope way back when (shout out to Brian)!

NS: You mention being from upstate New York, and I’ve also noticed that is reoccurring theme in your music. We traditionally see a lot of hip-hop come out of New York City, so how has the rest of the state embraced it? Has it provided unique opportunities?

AC: I believe it has. Definitely. I think coming from where I come from has allowed me to shine brighter and stand out. There’s many incredible talents in New York City right now but, unfortunately, a lot of them are lost in the crowd because it is such a giant city. I was able to capture the attention of my area quicker than I would have if I was in a major market. Now, fans, industry executives, and press are hearing the noise coming out of upstate New York and taking notice.

NS: You were getting significant airplay on Top 40 radio in your area, even as an unsigned artist. How did that come about, and has it opened any doors for you?

AC: [My songs are in rotation] on the radio in various upstate New York cities (and beyond), both on Top 40 and college stations. They have really embraced me, and that’s been extremely helpful. It’s a funny thing – even people who don’t listen to the radio tend to take you more seriously if they know you’re receiving regular airplay.

NS: You recently inked a deal with Prospect Music Group. Can you tell us how that happened?

AC: I’ve known the people at Prospect for a while now, so the fit made sense. They’ve been fans of my music for a bit. They reached out to ask me how I would be releasing new material, and it made sense to do that with them. They just signed a new distribution deal, too, so that was an exciting opportunity [that has allowed me] to get this product to the world.

NS: You’re currently on tour with Chris Webby. How’s that been going so far?

AC: It’s great, man! We just started. We had the first show last night and the crowd was great. I’ve known Chris for a while now and am honored to be a part of his spring run. He’s a good dude, and his fans always respond well to my sets, so I know it’s going to be a good time! 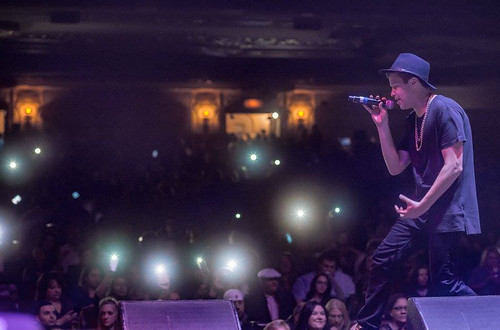 NS: You weren’t always a rapper though, right? I heard that when you began your career in the music industry, it was in the booming punk scene of the early 2000s. Can you tell us a little about that?

AC: The answer to that question is both yes and no, actually! I always was a rapper, but I also was a show promoter and tour manager. During that time, I typically worked with bands in the pop punk, hardcore, and metal scene. I’m a huge music nerd, so I may listen to Jay Z, Thursday, Damien Rice, and Miles Davis in the same stretch. Coming into the industry in that capacity definitely opened my eyes and showed me how the industry worked early on.

NS: You have some personal ties to Scranton, too. Don’t you mention it in a song?

AC: Yes! I have spent a fair amount of time in Scranton, between tours and such. I also had a relatively short relationship with a girl down there, and she introduced me to Roseanne’s. I fell in love with their hoagies, so that’s a must-visit whenever I’m in town. Over the years, I’ve made a lot of friends in the [Scranton] area and try to hit it on most tours.

NS: I notice that you’ve collaborated with many talented artists over the years, be it full-on collaborations or simply notable features. Who are some of your favorites to work with?

AC: To be honest, my favorite collaborations typically happen with my friends. The chemistry you have with a genuine friend tends to come through in the art. People like Matty C, Shawn VanBrocklin, and Denny Love may not be household names, but to me, we’ve made magic. People like AraabMuzik, Stalley, and Jadakiss were on my last project, and I couldn’t be happier to say I’ve worked with them.

NS: There has been some pushback from the hip-hop community toward white rappers recently. Even Macklemore put out a song titled “White Privilege II,” which describes his difficulty dealing with his success. How do you balance being a white artist in hip-hop while paying homage to hip-hop?

AC: Honestly, I haven’t really received any criticism, as far as that goes. People either have said they like my music or they don’t because of the music itself and not for other reasons. One thing that I know to be true of the music is the content is extremely pure and honest. I think listeners can see through fraudulent material. Whether somebody likes my music or not, they believe what I’m saying is true life.

NS: What can attendees expect from your performance at the Electric City Music Conference?

AC: An experience! I will give you everything I have during that set. You’re going to laugh with me, cry with me, and party with me! Just be ready to catch me when I jump into the crowd!

The Electric City Music Conference returns for its third year on Thursday, Sept. 15 through Saturday, Sept. 17. Artists, lineups, and venue information will be announced in the coming months.