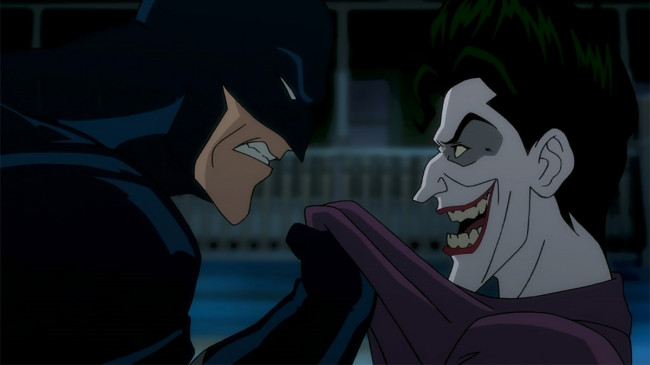 The dark journey into insanity begins as “Batman: The Killing Joke” gets the big-screen treatment for one night only on Monday, July 25 at 7:30 p.m. and 10 p.m. Fathom Events, in partnership with Warner Bros., is teaming up with Warner Bros. Home Entertainment, Warner Bros. Animation, and DC Entertainment to bring the acclaimed graphic novel-turned-film to select cinemas nationwide, including four in Northeastern Pennsylvania.

“Batman: The Killing Joke” reunites the foundation of “Batman: The Animated Series” with Bruce Timm returning as executive producer and actors Kevin Conroy and Mark Hamill reprising their seminal roles as Batman and the Joker, respectively. In addition to the animated feature, audience members will get to experience a special introduction from Mark Hamill, plus a never-before-seen documentary about how Hamill was cast in this project and what the role means to him as an actor and a fan. The event will conclude with a special behind-the-scenes look at how the Joker’s memorable, yet disturbing song and dance number was recreated for this feature.

Based on the acclaimed DC graphic novel of the same name, “Batman: The Killing Joke” takes a journey into the dark psyche of the Clown Prince of Crime – from his humble beginnings as a struggling comedian to his fateful encounter with Batman that changes both of their lives forever. Years later, and now escaped from Arkham Asylum, the Joker devises a plan to prove that one bad day can make anyone as insane as he is, setting his sights on Commissioner Gordon. It’s up to the Dark Knight to put a stop to the Joker’s latest scheme and save one of Gotham City’s finest. Following a gripping prologue introducing Barbara Gordon’s heroic adventures alongside Batman as Batgirl, “Batman: The Killing Joke” stays true to the authentic tale that has held fans’ imaginations for nearly three decades, spotlighting the birth of a supervillain, the fortitude of a superhero, and the punchline that will leave you speechless.

“Fathom Events is thrilled to be able to bring ‘Batman: The Killing Joke’ to movie theaters across the country so fans can see it on the big screen,” Fathom Events Vice President of Studio Relations Tom Lucas said. “Warner Bros. Home Entertainment, Warner Bros. Animation, and DC Entertainment have created an amazing production based on a beloved graphic novel, and we’re honored to be a part of this release.”

“Fans have been clamoring for a theatrical release of the popular DC Universe Original Movies, and the highly anticipated ‘Batman: The Killing Joke’ presented a perfect opportunity to work with Fathom Events to bring the fans’ wishes to fruition for this special, limited release,” said Mary Ellen Thomas, Warner Bros. Home Entertainment Vice President of Family & Animation Marketing.

Fathom Events is the event cinema distribution arm of AMC Entertainment Inc., Cinemark Holdings Inc., and Regal Entertainment Group, the three largest movie theater circuits in the U.S., and is recognized as the leading distributor of alternative content. It offers a variety of one-of-a-kind entertainment events in movie theaters nationwide that include live, high-definition performances of the Metropolitan Opera, dance, and theatre productions, such as the Bolshoi Ballet and National Theatre Live’s “Hamlet;” sporting events like FS1 Presents USA v Mexico; concerts with Roger Waters and One Direction; the TCM Presents classic film series; and faith-based events such as “The Drop Box” and “Four Blood Moons.” 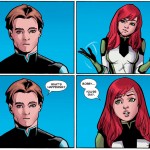 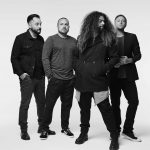