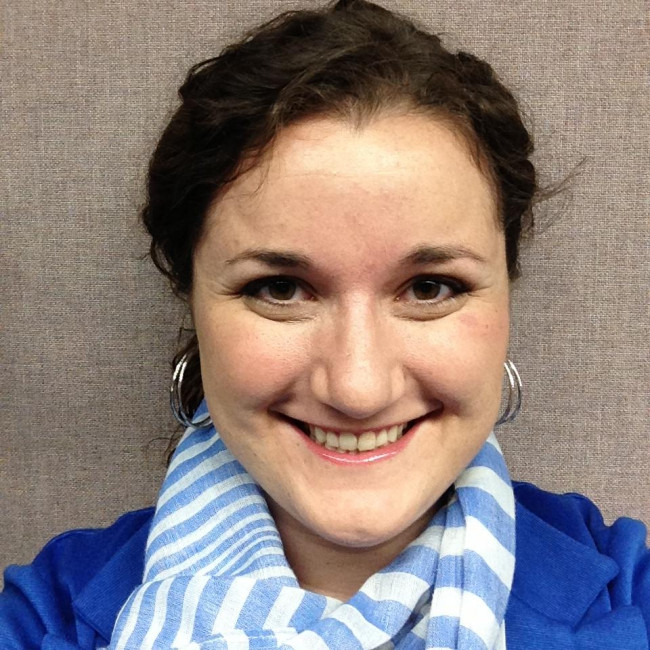 Anyone who suffers from a mental illness or loves someone who does knows how difficult it is to speak publicly about it. The stigmas and misconceptions surrounding these issues are abundant in the media, schools, the workplace, religion, entertainment, and even everyday conversation, so many people simply stay silent about it, which can often lead to tragedy. The grieving parents of a Scranton woman who took her own life on Aug. 3 chose to speak openly about their loss and the battle their daughter fought with bipolar disorder since 2005 in an obituary published on Aug. 6.

A graduate of Scranton High School who received her Bachelor of Science in business from Penn State University and her MBA from Ohio State University just recently, Katie Marie Shoener was only 29 year old, first attempting suicide during her senior year in high school by swallowing pills while her parents, Ruth and Edward Shoener, a deacon of the Diocese of Scranton, were away for the weekend. At the time, she had been cutting herself for about a year, hiding her scars with bracelets, and everyone at her church and school seemed to know about it, they told the Washington Post in a heartbreaking interview published today.

“No one came up to me or Ruth and said, ‘I’m so sorry.’ If she’d gotten in an accident, they would have said kind things, but now everyone knew and no one looked at us, like it was a character flaw,” Shoener said. “We felt shamed; we felt like maybe we weren’t good parents. They didn’t know what to say. As a society, we don’t know how to talk to each other about this. We don’t have a language for how to talk about mental illness.”

According to the National Institute of Mental Health, about five million Americans (or 2.6 percent of the population) have been diagnosed with bipolar disorder, but only around half seek treatment each year. Katie would undergo “therapy, medications, and hospital stays” throughout her life, but nothing could prevent her bipolar disorder from resurfacing.

After moving to Columbus, Ohio for school, she quit her job there after another breakdown, telling them “they deserved a better employee” and spending most of her time alone in her apartment. As the Washington Post explains:

Her mind was an endless cycle of irrational and negative self-talk. Her parents urged her to move back to Scranton, but she said going home would feel like failing, like falling short of her dreams.

But recently, she had decided to make a change. She planned to move across the country to live with her older brother and his family in San Diego. She adored her nieces and nephews. Her family and friends were hopeful that she’d finally find peace in the temperate climate and proximity to the kids.

But two weeks ago, on a Wednesday evening, Katie sat in her car in a remote spot in her apartment parking lot and shot herself. The police told the Shoeners they’d found just a brief note: “This life is not for me,” Katie wrote. She added, “Take care of Mary” – her dog.

Just hours after her death, Edward Shoener penned a powerful obituary to remember his daughter and raise awareness of the illness she suffered, which has since been shared tens of thousands of times. One particular paragraph stands out:

So often people who have a mental illness are known as their illness. People say that “she is bipolar” or “he is schizophrenic.” Over the coming days as you talk to people about this, please do not use that phrase. People who have cancer are not cancer, those with diabetes are not diabetes. Katie was not bipolar – she had an illness called bipolar disorder – Katie herself was a beautiful child of God. The way we talk about people and their illnesses affects the people themselves and how we treat the illness. In the case of mental illness there is so much fear, ignorance and hurtful attitudes that the people who suffer from mental illness needlessly suffer further. Our society does not provide the resources that are needed to adequately understand and treat mental illness. In Katie’s case, she had the best medical care available, she always took the cocktail of medicines that she was prescribed and she did her best to be healthy and manage this illness – and yet – that was not enough. Someday a cure will be found, but until then, we need to support and be compassionate to those with mental illness, every bit as much as we support those who suffer from cancer, heart disease or any other illness. Please know that Katie was a sweet, wonderful person that loved life, the people around her – and Jesus Christ.

The morning it was published, NEPA Scene shared the obituary on Facebook along with many in Northeastern Pennsylvania who were touched by Katie’s story and her father’s candid words, the link quickly going viral and being quoted in articles across the web. Our readers offered condolences and told their own personal stories in the comments.

“May she find the peace she so long searched for. I too lost a son to depression; my condolences to the family. It is a deadly disease, and more awareness needs to be brought up on this subject,” Linda Toback Gullotto wrote.

“God bless her family. Your words perfectly express what and how we families of the mentally ill feel. As my son will tell you, it is no different than an illness of the heart or lungs. And as anyone can see by her picture, mental illness looks like all of us,” Diane Lea-Rucker commented.

“One of the very first lessons taught to us as student nurses was to identify the patient by name, not diagnoses. It was frowned on by our instructors if we did otherwise!” Marie Trosko Barbose recalled.

“I don’t know this person, but as a family member with family suffering from this illness, my heart goes out to the family. You really get to know the saying, ‘One day at a time.’ Everyday is different. You can’t plan ahead or think about tomorrow, because it’s sometimes a minute by minute situation,” Carolyn Hamilton posted.

“Trying desperately to get mental health care for my husband and, even with doctor referrals, we are struggling. I hope our story does not end this tragically. May she rest in peace and may this terrible loss shed awareness on the issues faced by people suffering from poor mental health and everyone who loves them,” Jessica Evans shared. “We were referred to [a] psychiatrist by [a] family physician. It has been unbelievably hard to get an appointment. We keep trying, but I wonder – if my husband were single, who on Earth would be advocating for him? How are folks who are mentally unwell supposed to know how to reach out for help when moments of clarity are few and far between? With the breakdown of family in today’s society, it seems there should be a clinic for mental health on every corner.”

“I fight her fight daily a[nd] have since 1999. It is a fight that does not end and that people do not understand and that some take for granted until it is almost too late, or totally too late. Stability is a daily goal, but no one seems to understand it… Too few physicians to treat our illness and too few people willing to listen and hold our hands. May Kathleen’s story be heard around the world to spread the word! Mental health matters too!” Cynthia Stemrich emphasized.

“God bless you for recognizing your beautiful daughter was so ill with a hideous disease that has no cure. This country needs more research done on mental illness and [to] stop shaming its victims. Praying you’ll find peace in her memories,” Mare Secoolish said.

Edward Shoener said in an e-mail to friends and colleagues that the public comments on the obituary and social media have been comforting to him and his wife.

“The comfort is not so much because of the condolences sent our way, although we do appreciate the kindness. The comfort comes more from seeing how all the those families who struggle with the evil of mental illness were themselves comforted by Katie’s obituary and that many people who have been motivated to take positive steps in their own lives,” he explained.

“I will incorporate this into my ministry and will talk about mental illness, suicide, and the love of God to as many people as God wants. I know Katie would not simply approve – she would be so, so happy to be able to help.”

Katie’s friends are getting involved as well, organizing a “5Kate” run on Halloween, her birthday, with the tagline, “Wear a costume, but don’t mask mental illness,” according to the Washington Post.

If you or someone you know is facing a similar struggle, resources like the National Institute of Mental Health may be a good place to start. The first real step, however, is talking about it, and the Shoeners have bravely initiated that conversation not just in NEPA, but nationally as Katie’s story continues to spread.