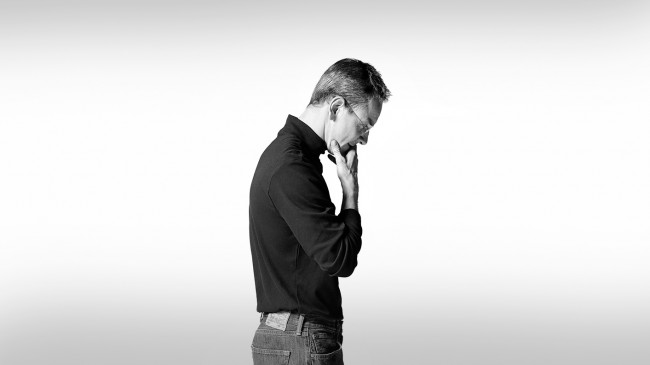 This week, I finally got around to watching the “Steve Jobs” movie. He was a complicated man for sure. It wasn’t the most feel-good film I have ever watched but, I must say, there were several scenes that apply to many of the things I try and discuss in this music column. I was surprised by how much Steve Jobs referenced musicians when talking about his quest to democratize the computer. It was pretty cool.

My favorite example of this was when he was standing in an orchestra pit talking to Steve Wozniak. Jobs was recalling a conversation he had had with a prominent conductor. He asked the maestro what a conductor actually does. The conductor replied, “Musicians play their instruments. I play the orchestra.”

Later, an angry Wozniak said, “What do you do? You’re not an engineer. You’re not a designer. You can’t put a hammer to a nail. I built the circuit board! The graphical interface was stolen! So how come 10 times in a day I read Steve Jobs is a genius? What do you do?”

Jobs replied, “Musicians play their instruments. I play the orchestra.”

And this, my friends, is a fact that every musician should remind himself of every day. Wozniak was a great musician. Jobs played the orchestra.

You all play your instruments. Other people play you.

Sure, you can do it all by yourself. I’m a DIY guy. But if things go well, at some point, you are going to need several conductors to keep you from leaving bunches of opportunities rotting on the vine.

Examples of “conductors:” producers, engineers, managers, road managers, lawyers, A&R people, and booking agents. There are more for sure.

Yeah, you can do all these jobs yourself. Many musicians take great pride in doing all these things alone. I am one of them. But, at some point in your journey (if you work hard and you are lucky), you are going to need some help. Well, you won’t need it, but your level of success will most likely be more modest than it could be.

But which help to get? A bad conductor is worse than no conductor at all, so, as you assemble the conductors that will the direct the symphony that is your career, you need to ask yourself a shit-ton of questions: Does this guy care about me? Does this guy share my vision? Does this guy know more than me? Does this guy explain why he wants me to do what he wants me to do or does he just try and trick me into doing it? Is he swallowing the whole pill of what I am offering or is he just trying to make a buck? Am I on his backburner? What are his previous successes and do I fit into the philosophy that made them?

In the Steve Jobs movie, it was the classic cast of characters: Jobs the artist/visionary, Wozniak the master musician, and John Sculley the wise CEO who had the resources, wisdom, and connections to bring it to the masses.

Lennon/McCartney and Brian Epstein. Page/Plant and Peter Grant. The list goes on.

Somewhat serendipitously, this week I got into an interesting conversation with a person at one of my gigs. Great guy, a business man who is on the board at several companies in the area. I met him that night through an artist friend of mine. The two of them were in a discussion. The artist side of it was “if it is meant to be, it will happen,” while the business side of it was “you have to methodically make things happen.”

He turned to me and asked, “If you could change one thing about the way your career has gone, what would it be?”

I said, without hesitation, “When the world turned around, I wish I had more people in my corner that had been there before.”

I wished for wiser conductors.

Now, I would never diss the conductors I had. As far as music production was concerned, I was one of the conductors I wish was better at the time. All our people were great at what they did, but all the people in our corner were first-timers. Everyone did a great job, but there was no wise old John Sculley to say, “In the long run, this is the wrong move, fellows… and here is why.” So we just went with our best guess.

I wish John Sculley was there to help me. I wish he was there to convince me I didn’t know my ass from a hole in the ground. I wish I could have thrown my artist chocolate into his business peanut butter and fought our way to something great that everyone wanted.

In my musical journey, everything turned out quite well. I am a survivor at heart, but I only partially buy the notion that “if it is supposed to happen, it will.”

I think destiny is like the fingers on your hand. The conductors you want are over at the thumb and index finger, holding the baton and ready to put you to work. But too often we go running to the ring finger because it has something shiny on it… only to find that it is a dead end. Or the pinky, because it is smaller and less intimidating. Or the middle finger, because really all we want to do is to tell our detractors to stick it where the sun don’t shine.

Learning from experience is very effective, but it hurts a lot less when you learn from someone else’s experience instead of your own. You waste less time, too.

Some of the conductors of our lives we don’t get to choose, like our parents. Andy Warhol once said that being born was like being kidnapped and sold into slavery. That’s funny, but true in a way. So much of your worldview, religion, work ethic, political views, and humanity will be instilled into you at a young age by people you didn’t have a damn thing to do with choosing.

If you get good ones, this can be a great thing. If not, oh well, there is always therapy.

But fortunately, with our careers, we can seek these people out.

I often hear the phrase, “Oh they must have known somebody,” when musicians talk about the success of one of their peers. Well, no shit, right? That is the way things always happen. While you were playing your instrument, your friend was playing the orchestra. The results are not hard to predict.

You don’t need a conductor to be a great musician. You can never leave your home and accomplish that goal. However, you do need a conductor to play a symphony. So if that is what you want, go find the guy holding the baton. He is easy to recognize once you find him. He is the one looking at you with his back to the crowd.

I’ll leave you the way I started, with one more music-related scene from “Steve Jobs:”

Wozniak: “I’m tired of being Ringo when I know I was John.”

Jobs: “You think John became John by winning a raffle, Woz? You think he tricked somebody or hit George Harrison over the head? He was John because he was John.”

Food for thought… Play on, my friends.