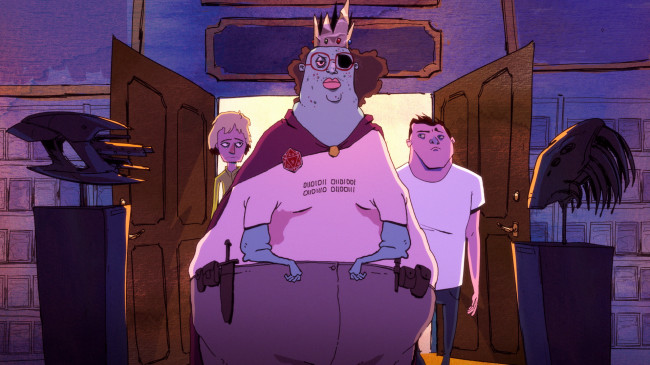 Moviegoers are in for a hilariously debauched and satirical affair at the cinemas like they’ve never seen before. “Nerdland,” debuting in movie theaters nationwide on Tuesday, Dec. 6 at 8 p.m., follows two unknown showbiz buddies John (Paul Rudd) and Elliot (Patton Oswalt) who are determined to go from Hollywood nobodies to viral somebodies.

“I’m stoked that we are doing a Fathom event for the theatrical release of ‘Nerdland!’ Their audiences come for something you can’t get just any night at any cinema. They come for that extra special experience of like-minded people all together in one spot for an exclusive night of film, special features, and fun that doesn’t exist at home on your couch or anywhere else!” Chris Prynoski, director and founder of Titmouse Animation Studios, said.

“We’re excited to partner with Samuel Goldwyn Films for the first time to bring ‘Nerdland’ to big screens for its nationwide debut,” Fathom Events CEO John Rubey said. “This wild animated adventure is a must-see event for mature audiences looking for some not-so-mature fun.”

Peter Goldwyn, president of Samuel Goldwyn Films, said, “There has never been a film like ‘Nerdland.’ We can’t wait for everyone to join us for the fun in December. We are so excited that the team at Fathom Events has a great sense of humor and think that their audience will love this film.”

Samuel Goldwyn Films is a major, independently owned and operated motion picture company that develops, produces, and distributes innovative feature films and documentaries. The company is dedicated to working with both world-renowned and emerging writers/filmmakers and committed to filmed entertainment that offers original voices in uniquely told stories.

Titmouse is a full-service, award-winning animation production company. The artist-run studios in Los Angeles, New York City, and Vancouver keep 400 of the most talented people in the industry (that are guaranteed 100 percent human) employed and pushing creative boundaries. Writers, producers, directors, storyboard artists, animators, compositors, editors, and virtual reality artists are all in house, creating high-quality cartoons for all ages and interests. Its state-of-the-art sound studio is where many of their TV shows, films, commercial work, branded, and original digital content projects are recorded. Titmouse founders Chris and Shannon Prynoski launched Titmouse in Los Angeles and is known for series such as “Venture Bros.,” “Metalocalypse,” “Superjail!,” and its first feature film, “Nerdland.” 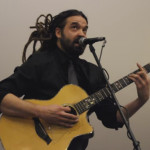