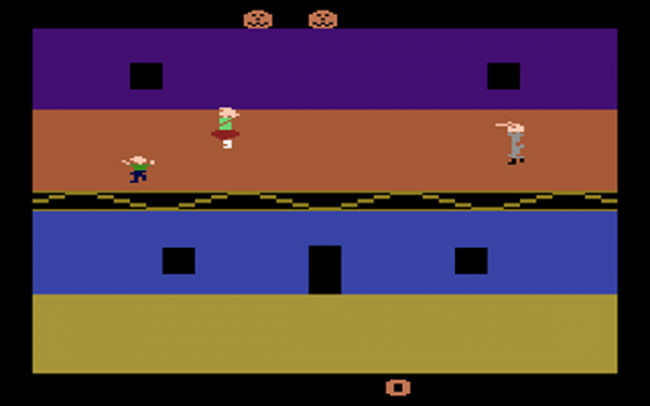 One of the most fun and interesting aspects of running a video game store is having those conversations with customers about games that have ascended to these levels of popularity and expense among collectors that their legend has grown further than the actual fandom behind the game’s initial run. This often leads to a game being more enjoyable in actually hunting down and collecting it rather than playing and enjoying it.

The retro video game community can be an odd one, where games that don’t truly deserve the notoriety they get are put on a pedestal just because they are great collection pieces, not because they are great games. This is especially true of the Atari 2600, as during the early ‘80s, seemingly anyone and everyone was making games, even those who had no business being involved with the industry. Could you blame them? This was a booming market that had grown so large at the time that you couldn’t go to gas stations or even grocery stores without finding games.

However, due to this overabundance, some companies just didn’t have the funds to compete, and thus only made one or two games before packing it in when the market crashed in 1983. These, sadly, are the games often worth a bit more, due to the fact the developers behind them were not around long. Today’s game on this third week of Turn to Channel 3’s “October Gaming Spooktacular” is none other than “Halloween,” a game that more than tips the scales in expense, with the cartridge alone going anywhere from $88 to a whopping $280 on eBay!

Would horror fans even appreciate this now 33-year-old game? Well, let’s put this dusty old Michael Myers to the test!

Something that doesn’t seem impressive by today’s standards, but the fact that a pretty well-done chip tune version of the iconic “Halloween” movie theme was crammed into a tiny Atari 2600 cartridge is remarkable by 1983 standards. In many cases during those days, any game that was tied into a movie license was based solely on how many elements from the movie could be packaged into the gaming experience, so this was pretty cool.

However, the gameplay aspect of this one, as we’ll get into a little later, doesn’t work well with the soundtrack, as limited as it is. As you play “Halloween,” you’ll lose count of how many times you hear this, to the point where it not only loses its luster and appeal, but it becomes downright annoying. Other than the little sound of collecting points, there are no other sound effects or music in this game.

By Atari 2600 standards, this isn’t that bad. Things may not look exactly as you’d like, but you have a pretty clear idea of what you’re looking at, which I also think is crucial for licensed games of the era. While the house itself is nothing special, when Michael Myers gets a hold of you or the child you’re trying to protect, it is actually pretty gory for an Atari 2600 game, with animated blood spurting out of headless sprites. I also found the use of jack-o’-lanterns to keep track of the lives you have a nice touch, and they look quite good amidst the other graphics you see in the game.

Monotonous is the best word to describe “Halloween.” While I fully understand that Atari 2600 games are notoriously limited, you’d think, or at least hope, that a company only known for this and another horror movie license title, “The Texas Chainsaw Massacre,” would have put as much as they could into the gameplay of the title. The fact is, they just didn’t.

Tasked with merely taking a child away from Michael Myers, gaining points for each evasion into another room and getting them to the other side of the house, there’s not much else that goes on to break this up, other than locating a weapon to keep Myers at bay. While created at a time when horror films were in high demand, there’s just not enough here to keep any gamer, fan of the “Halloween” films or not, busy for long.

In truth, I honestly feel that the novelty of this title falls flat and isn’t enough for someone who actually seeks out retro games to play them. However, if you’re a fan of horror movies and memorabilia, then by all means, hunt this down, pay the big bucks, and put it in whatever shrine to the movie genre you may have. This makes a fine collector’s piece, but past that, “Halloween” doesn’t have enough spice to counter many Atari 2600 titles, never mind enough spice for a pumpkin latte.

I apologize to anyone who is disappointed by this review, but it’s a sad truth. Next week, we end our “October Gaming Spooktacular” with the beginnings of an NES juggernaut – the original “Castlevania!”

Enjoy this awesome weather and try to get the “Halloween” theme out of your head as you game on!