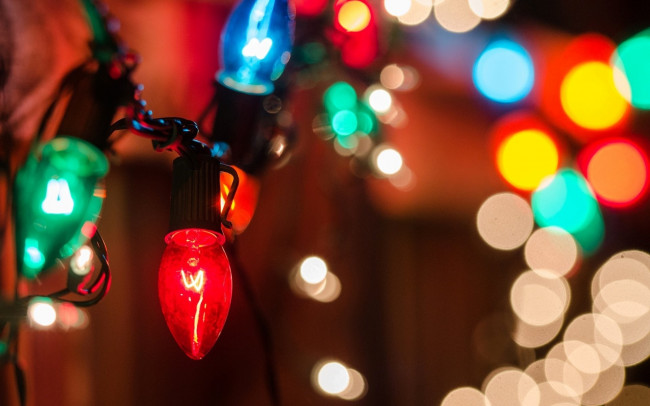 As you may have noticed, I like to draw parallels between stuff. Generally, it goes like this: “I think it’s cool, so it gets a favorable comparison to cool things,” or “This sucks. I liken it to poo.”

Today is about achieving unity through diversity. It’s not about how different we are, but rather how our differences bring us together. It’s about how the world can live as one and revel in the individuality of each human as a separate, sacred, sovereign entity. 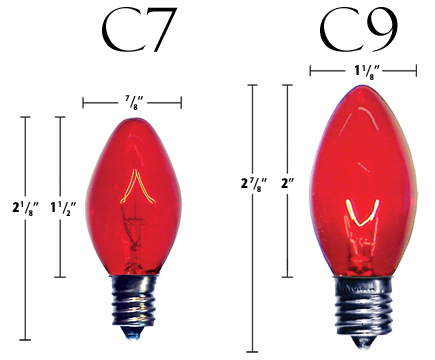 I don’t do LED facsimile lights at all, but I do go in for minis on occasion, especially as accent lights. 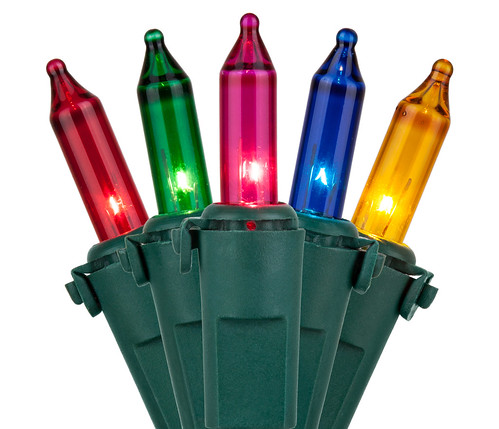 This might not seem terribly relevant, but I hold fast that it most certainly is. I maintain that the size of light you prefer speaks volumes about your personality. I can find fault with none of the applicable schools of thought, however. In fact, there are myriad tiny, wonderful things that make those who adhere to each school simply goddamn wonderful.

So, let’s start with the devil I know… me. (We’ll probably actually just stay right here, as I’m exceptionally fond of the subject of me. I’m sure you are, too. However, if not, may I suggest you either take a long, hard look at why you’re wrong or just tell me you are equally fond of talking about me so I stop bothering you about it.)

My preference for C7s (don’t call them “outdoor” lights, dammit!) is like a colorful, glowing documentation of my personality. I’m old school. I was old school when I was new school and so were most of my crew.

We loved technology and innovation, embraced CDs with verve (mp3s, not so much. They sound bad, man. Pure and simple. Don’t even bother starting with the mathematics; I can hear, and I don’t like it). We sought out and craved new music, not only by our beloved favorites, but new genres and styles and takes on already existing musical trends.

New wave, NWOBHM, post-punk, hardcore, indefinable and glorious weirdness like The Sugarcubes, Adam and the Ants, Butthole Surfers, Ministry (not the Depeche Mode rip-off first offering), Depeche Mode, for that matter… we ate it up.

But we had a certain, specific reverence for the Alice Cooper band. ABBA, Kraftwerk, Hawkwind, Beatles, Stones, and The 13th Floor Elevators that new music hadn’t yet earned. Some of it has, as time has passed. Others have just faded away. And in the case of Def Leppard, Mutt Lange took them from a masterful, hook laden raw ball of energy and turned them into a very shiny pile of unlistenable dogshit. Seriously, it’s shocking how little difference there is between the audio context of “Armageddon It” and “Damn, I Feel Like a Woman.” He’s got one style, and that style is suck.

I don’t know it you can tell, but I think Mutt Lange should be banned from being within 100 feet of anything that records sound of any sort. He’s the fucking devil, man!

Where was I? Oh yeah!

So, big C7 lights, in their traditional appearance, their hearty constitution, harken back to a better age when men were men (and real women could still kick our asses) and people didn’t sue you for offending them, the way they managed to survive all trends to remain current and how, in an ever-growing field, they have come to define a specific kind of holiday decor and the sort of ladder climbing, cursing under their breath while on the ladder in the cold sort of people who string them up, year after year.

As for the mini crowd, well, they have a different approach.

See, at one point in time, these folk were either on the cutting edge or are the children and grandchildren of the former.

You’ll find a very creative way in which mini lights are displayed, pointing to the ingenuity of the mini crowd. You see, these were the next big thing not too long ago, and those with an adventurous, rebellious, or inquisitive streak dove into this new technology headfirst.

One of my favorite mini recipes is to snake the string of tiny lights inside a long ribbon of artificial evergreen garland and wrap it around a bannister. I don’t think I’ve ever seen a more festive flourish, no matter how obscenely large the display.

There are also those who find the minis to be as nostalgic as I do the C7s. I, myself, harken back to my grandparents’ house in Jermyn when I see the aforementioned bannister garland application.

The mini allowed for bazillions of twinkling sparks to illuminate shrubberies and mailboxes in a way the more cumbersome C7s could never. And they could be made to blink, an innovation that still eludes the big boys! (That said, that blinking is too damned annoying for me to tolerate, and the first thing I do whenever I buy a new string of minis is to remove and discard the blinker bulb so as to avoid accidentally driving myself to the brink should I mistakenly replace a burnt bulb with the little bastard!)

In my travels, I’ve also noticed that the C7 crowd (self included) tends to arrange their bulbs in a much more orderly, almost disciplined manner. Utilizing the built-in clips, each bulb can be expertly positioned to mimic the placement of the one before, and so on down the line. I find nothing more aesthetically appealing during the holiday season than a house outlined in big, colorful bulbs, all pointing in the same direction, all straight and even.

However, I do find that the scattered, wild, patternless jumble of tiny minis equally festive and fun! Likewise the relatively new concept of mini “web” lighting, where many strings of lights are brought together to form a net-like grid that can then be placed over a shrub, etc. They just look freakin’ rad, yo.

These days, it seems both camps have found common ground in the advent of LED Christmas lights.

Mind you, the phony C7s and C9s (and I’ve even seen bogus minis) go against the grain of even the most peripheral traditionalist, but some of the innovative new styles that are exclusively the domain of the LED are gnarly!

For instance, those dripping icicle lights? Those things kick ass, dude! I could stare at them endlessly and giggle, probably even more if they were around back in the days of my near constant fungus ingestion, but still a fair amount even in 100 percent reality. Or 72 percent, or whatever it is I operate at. I can’t tell anymore. But I digress…

How about the ones that sparkle in an almost frenzied way? The ones that sorta look almost like sparklers! I love the chaotic blinking, as opposed to the rhythmic mini blink that drives me to the brink.

At my heart, I’m a Christmas light snob, a purist, a traditionalist luddite. But like everyone and everything, I evolve. I’ve never openly panned any trends if I could find anything not stupid about them (hipsterism is stupid, so don’t try hitting me with that “You totally contradicted yourself there, dude” crap. Besides, I’m not dealing in facts, I’m dealing in opinion. Plus, it’s my goddamn column and I can contradict myself like Xanax and grapefruit and nobody can stop me, so nyah!). Dammit… I forgot where I was again…

Oh, oh! That’s right, I was about to tell you how I’ve evolved (although it’s gonna be tougher to convince you of that after that last tangent).

Although, there are the three steadfast and distinct groups of X-Moose light people:

But what I’ve been seeing more of, even in the hallowed halls of Casa De Fudloe, are skillful, thoughtful combinations of all three. A veritable mash-up, if you will, of all of Dickens Christmas spirits (except Jacob Marley. That guy is a drag, what with all the moaning and chain rattling. Lighten up, Jake, it Christmas for fucks sake!).

I personally string minis deep in the tree in a serpentine pattern along the trunk to illuminate it from within, and then arrange the C7s out near the ends of the boughs so as to allow the full grandeur of those massive, old-fashioned bulbs to shine in all their nuclear-age glory.

I’ve seen houses with dripping LED icicles laced in between colored minis on awnings, while the roofline was outlined in perfectly straight C7s, like little shining toy soldiers in a row.

And all of this gives me, a heathen Buddhist metalhead from the wrong side of the birthplace of American First Aid, a feeling of nostalgia for the past and hope for the future that no other time of the year can. These lights are part of the wonder for the universe that keeps me from ever falling into the trap of being a grownup.

It has nothing to do with religion or mythology.

It’s about the hope and wonder that awakens the child that’s still alive in each of us when we see the sparkling, shimmering colors and lights.

And children don’t care what size bulb that light shines out of.