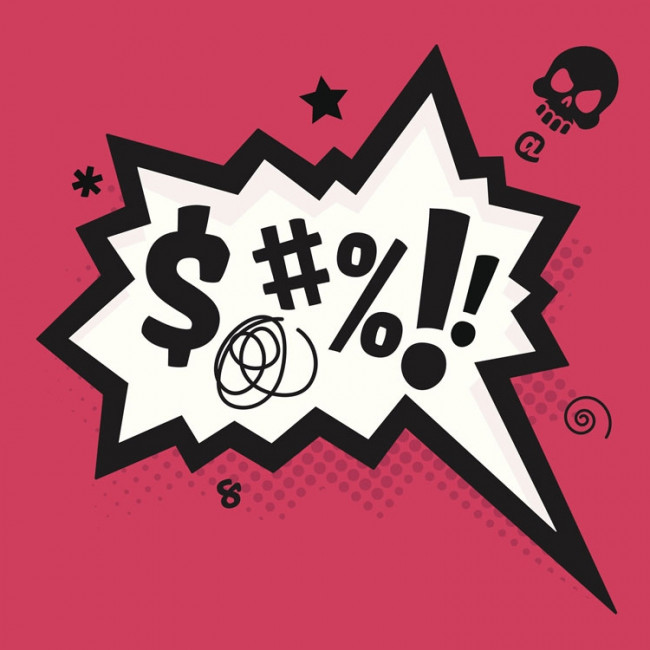 “Are you a special snowflake?” she asks. No masking, no beating around the bush, just asking me outright.

“Yes,” I reply, with a big smile pasted across my face. “I am a special snowflake.”

She has no idea what to do with that… because her lord and savior, Bill O’Reilly, had codified that term to mean a “weak-minded liberal” – an insult. Somewhere along the line, she had entertained the notion that liberals are crybabies who need safe spaces because they can’t escape their own contradictions and will back down when challenged. She heard wrong.

Realizing she caught my attention, she looked up at me. “I think this could be seen as racist,” she says as she shows me the product. “I think this is racist,” almost as though she’s asking me what I think.

“I’m in media studies,” she tells me, “and we’ve been looking at how this could send a negative message to kids about what’s good and what’s bad. This could give kids the idea that black people are bad.”

I tend to agree. It would be easy to wonder why the dark grey/black cat was “bad” while the white ones were “good.” But I wasn’t really comfortable saying what was or wasn’t racist. As a person with white privilege, I had to keep it in check, so I framed the conversation around things I could speak to, like the Hays Code and how Hollywood was forced to portray LGBT people in terrible, stereotypical, and villainous roles. I may not be in a media studies class, but I’ve certainly studied my share of media, and this is something I can definitely talk about with authority.

“You ever notice how the erudite, effeminate men are often the bad guys?” I ask.

“Or the comic relief,” she adds.

“Right! The ‘sissy’ character. And then notice how anyone perceived to be gay is met with an awful end? They wanted to show that being gay or trans was a negative thing.”

In a recent episode of NPR’s “Fresh Air” featuring singer and guitarist Laura Jane Grace of the band Against Me!, Grace talks about media portrayals of transgender/transexual characters in movies, citing “The Silence of the Lambs” and how that shaped her view of herself as a transgender woman. I understood the feelings of shame and embarrassment. For me, it was “Ace Ventura: Pet Detective.” I remember how awkward and embarrassed I felt when one of the main characters – the villain, of course – was revealed to have male genitalia.

“She’s a man!” Jim Carrey shouts and, as a child who was beginning to experiment with clothing and gender expression in order to understand feelings of gender dysphoria, as the characters react with extreme disgust, the message was clear – a man who wears women’s clothing is disgusting. It devastated me for days.

So, when we talk about media portrayal of marginalized classes and the impact it has, I speak from experience: it cuts deep.

I’m really enjoying the conversation I’m having with this young woman; it’s a good conversation to have, especially among white people because we need to understand this more. We need to stop being afraid to address these issues and have some concern about what children are watching and the negative messages they are receiving about themselves. Even so, I have to consider that this is a white woman telling me what is racist, or at least what she believes may be sending a thinly veiled racist message. Whether I agree or not, as a white person, I don’t know that it’s my place to decide.

But then chimes in “The O’Reilly Factor.”

“That stuff isn’t racist at all,” says the older, white, presumably cisgender woman. By this time, the younger woman is gone and out the door.

“It’s all about context,” the older woman says, as if I don’t understand context. “You should read… ” whatever book by O’Reilly. It doesn’t matter.

After finishing her statement on why things aren’t racist, she asks if I’m “politically correct,” again, attempting to subtly insult me with codified language the way she did by calling me a “special snowflake.”

“I believe in showing all people and cultures mutual respect.”

I’m trying to shut this conversation down because I don’t like where it’s going. By avoiding the term “politically correct,” and subtly shifting away from codified language, I’ve made a statement she has to agree with because, to her, being politically correct is a negative thing that she wants to rail against. Respect, on the other hand, is a concept she believes in. She can’t truly oppose me if she feels like we’re on the same side. I feel like I’m successful in shutting down her argument.

“Then you should definitely read…” the name of book, again. And I begin to wonder what it’s really costing me to be nice to people.

It’s at this point where I reveal my true form – a pissed off liberal who doesn’t mind talking to someone with an opposing viewpoint because I have a lot to say to that viewpoint. I’m not going to be crawling away to my “safe space;” I don’t do that anymore. I’m not the shrinking violet I was as a child, afraid to speak out for myself. I’m proud of who, and what, I am, so I decided that I’m going to politely hear what she has to say, and then give her a piece of my mind. And I do.

My philosophy on political correctness is that it’s not about policing language, it’s about learning how to respect other people and their cultures. This is why we (i.e., white folks) don’t use the “N” word. This is why we don’t call Native Americans “Indians.” This is why we don’t go to see white-washed movies like “Ghost in the Shell,” which is currently bombing in theaters.

Yes, I’m a special snowflake because I listen to people who have politely asked people like me (again, white folks) to knock it the hell off. I’m going to comply with those wishes the best I can because, to quote Maya Angelou, “Do the best you can until you know better. Then, when you know better, do better.”

To this woman I’m currently speaking with, that’s censorship. “I shouldn’t have to censor myself just because other people can’t handle hearing a few words.”

I want to retort, in full, on why that’s not censorship. Political correctness is about understanding that words can hurt, and using them has consequences. Yes, you have freedom from oppression to speak your mind, but that doesn’t prevent others from speaking theirs. Like when you paint a bus with hate speech and then say it’s “free speech,” things like this happen: “’Pop-Up Love Party’ Counters Anti-Trans Bus’s Philly Stop.” These are the consequences of hate speech. That’s not censorship by liberals and trans people; that’s the price you pay for being an asshole and spreading a negative, false statement about us.

Another example: the Black Lives Matter movement. I can’t possibly understand the plight that a person of color faces, but I can fully understand the negative images and stereotypes being used to portray them. I see how systemic racism teaches their young to hate themselves and tells them that black things are bad. I won’t stand for that kind of message. This is a movement founded out of a marginalized people who understand the consequences and the hurt of hate speech, and they must be heard.

The special snowflakes are fighting back, and the reason is because we are tired of these kinds of consequences, where transgender women are being murdered because a bigoted society considers their lives worthless and just jokes, thanks in part to media portrayal of trans people. These are also the consequences of hate speech. (Take a good look at those pictures and tell me racism isn’t intersecting with transphobia.) When the messages being spread are that we are deviant perverts preying on women in restrooms, when the truth is that we are at a far greater risk of assault and murder, it’s time to take stand. Political correctness is about stopping the spread of hateful messages and lies. And let it never be forgotten that being black, gay, or transgender is not a choice, but that being a bigot always is.

These are consequences that a hapless, cisgender, white woman is privileged enough to not have to face. That is the privilege this older woman carries. For her to say what isn’t racist, I can’t abide that.

What I really want to say to this woman is, “I refuse to justify the BS you’re trying to shovel on me.” But what I say, instead, is, “I like to show people respect,” and she seems to agree with that because she believes in respect. Even as she disagrees with political correctness, she understands what I’m talking about, and we close the conversation feeling like we each gained something in the transaction, which she then shoots all to hell by saying, “And don’t worry about all that racism stuff,” as she walks away. “It’s not racist.”

I can only hang my head and wonder… Was any of that arguing worth it?

This week’s Living Your Truth has been brought to you in part by readers like you who have generously funded my writing through Patreon. As mentioned last week, I’ve begun using Patreon to earn a meager income on the work I do here, so if you enjoyed what you read, please consider donating! Funding helps me bring more in-depth coverage and better stories for the site, as it grants me greater access to events and other efforts involving the LGBT community in Northeast Pennsylvania. Thank you!