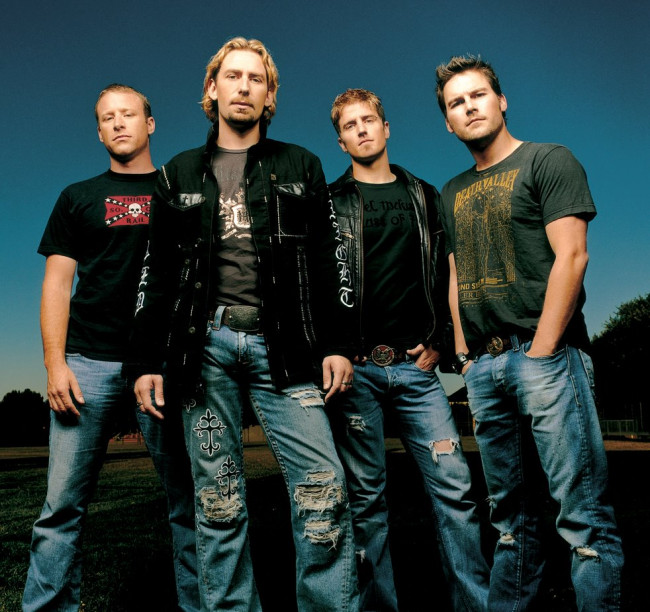 prov·e·nance
/ˈprävənəns/
noun
the place of origin or earliest known history of something.
“an orange rug of Iranian provenance”
synonyms: origin, source, place of origin; More
the beginning of something’s existence; something’s origin.
“they try to understand the whole universe, its provenance and fate”
a record of ownership of a work of art or an antique, used as a guide to authenticity or quality.
plural noun: provenances
“the manuscript has a distinguished provenance”

Why do so many new albums sound so very similar?

Because, in my humble (yet invariably correct) opinion, the above defined item is largely absent.

It’s not entirely the fault of young artists themselves. They are, as all artists, a product of their times. But as history has proven time and again, not every era is a renaissance. Some are just… well… lame.

With the return of the hit single attitude and the radio-oriented jockeying for chart position, the “download one song so the album format doesn’t matter” world of the millennial music world has dulled this generation’s ability to pay attention and listen, just as the quick-cut MTV video style of film editing did to my generation’s ability to watch films. (The government wishes it were as influential.)

Bands form today as they have since the dawn of time, because of a shared love of a specific musical influence – a style, genre (or subgenre… grrrr!) or, more often, a specific band.

Luckily for myself, when I first threw my hat in the ring and started writing music, it was under the tutelage of musicians a full generation older than myself. The decay of popular music was well on its way as Generation X emerged, but we were happily oblivious to it. Our mentors didn’t partake in the new school. (They also never spelled it “nu skool” because they weren’t dumbasses.)

Because of this lucky happenstance, we were taught that if we loved a band, it was invaluable to find out who they loved. If we considered an act to be an influence, knowing who influenced them would help us find our own voice.

If I researched what made my favorite band love their favorite band, I could, essentially, find out where a specific section of specific song that affected me in a specific manner had originated and why it made me feel the way it did.

These revelations enabled me to dissect my favorite part of a solo or lyric. I could then discover not only the exact emotion it sparked but, conversely, how to cause the same reaction in something of my own making. By finding the common thread between mentors and apprentices, I could find my unique voice.

Millennials aren’t as lucky. In the time that has elapsed between our respective generations, CEOs pushing standardized product have once again been allowed to infiltrate the airwaves, and today’s musicians, by design, simply don’t know any better.

Allow me to qualify by saying that a desire to research your influences does still exist and does still drive new artists, but it seems to happen much later in an artist’s creative arc than it once did. This is both equally by design and a simple effect of the times.

Where one was once forced to pour over back issues of Creem, Kerrang and Rolling Stone – all at great financial and temporal expense in order to find such tidbits – years ago, today, all of the very same information (i.e., who played B3 on David Johansen’s favorite album by Marianne Faithfull? What did Van Halen’s Gene Simmons-produced demos sound like? Who taught Warren Zevon piano?) and infinitely more is available for free with just a few keystrokes.

With so much available, it’s possible the task of researching your hero’s heroes might simply seem insurmountable. Another result of instantly available information is that the sheer volume can be overwhelming. Combine that with the inherent laziness of having it all at your fingertips and you wind up with the substandard ilk of Rebecca Black, Nickelback, Kesha (she’ll get no dollar sign in place of an S from me), or Owl City.

None of these acts are inherently evil, nor directly auditorily offensive. But what they all have in common is a lack of both soul and originality.

An algorithm can bring your voice to pitch, but it cannot create emotion where there is none. And it removes any authenticity the voice may have had were the performance to stand in the daylight, warts and all.

Here are several examples of how these acts shoot themselves in the proverbial foot:

1. Allowing the producer to pick or write the songs (or, worse yet, allowing the Matrix to pollute the universe further). No one can speak in your voice but you. The songs you write suck, you say? I’m sure they do. Everyone’s songs do at first. But, if you give up, they always will and you will never actually communicate your own, honest emotions. What use is telling someone else’s story?

2. Trying to sound exactly like their favorite band. That band is already famous. Nobody gives two shits about the second cup made with the same tea bag (heh heh, tea bag). If you don’t believe me, ask Rory Storm, Silverchair, and Limp Bizkit. But you know The Beatles, Nirvana, and the Red Hot Chili Peppers, right?

3. A desire for fame that overrides a love of music. Any douche can be famous for their Warholian 15 minutes; all you have to do is “leak” a sex tape or YouTube yourself viciously critiquing something someone else actually had the talent to create. That’s great if you want to make somebody else a bazillion bucks and wind up jockeying a register at Target after next week’s flavor arrives.

Let me be perfectly clear here, guys and dolls – I am in no way condemning artists who fall prey to the slings and arrows of outrageous fortune. These traps have been more than a half century in the making and are expertly disguised as much-desired immediate gratification. Selling out is extremely attractive when you’re 19 and weaned on commercial radio.

The unfortunate truth is that the end result, more often than not, is an unsatisfying disappointment.

When you are unceremoniously booted from a label because you can’t produce (or people no longer have a thirst for another rendition of) your “big hit,” chances are you’re not going to be able to make growing as an artist a life priority. Because folks need to eat.

Maybe that’s why I think Lady Gaga is a brilliant role model for up-and-coming musicians.

Hear me out, you savages.

At age 17, she had already worked hard and long enough to gain acceptance to NYU’s Tisch School of the Arts – one of 20 out of thousands of applicants.

She agreed to being sold as a “product,” but under a Madonna-like subterfuge with the intent to turn the tables.

After being outrageous enough (fuckin’ gown made of meat, yo! God I wish I thought of that!) to amass a huge fortune and a legion of rabidly loyal fans, she had become powerful enough to inform the label that they could insert their attempts at creative control deeply into their collective sphincter.

She then went on to write, arrange, and produce music that alienated all of her fickle, unwashed, easily led Top 40 fans that would have run off when they turned 17 anyway, but steeled her connection to her hardcore base.

She then added a one-two punch with brilliant decisions, such as a duo with Tony Bennett and her brilliant Grammy tribute to Bowie, a maneuver that not only made his fans aware of her and her appreciation for her predecessors, but introduced an otherwise oblivious generation to Bowie’s music (bolstering my original point that knowing your musical history makes you more worthy of a place in it). This is not the résumé of someone who didn’t pay dues, yo.

She needn’t be the exception. She and others like her – Adele, Rival Sons, Bruno Mars, Black Stone Cherry, Ufomammut, or even Miley Cyrus (yes, that’s right, I said Miley Cyrus, as seen below) could, with their musical provenance and influence, be the catalysts for the new rule. And, if that happens, yet another excuse for grumpy old people to say, “There’s no good new music,” will be eliminated.

Of course, they’ll have to spend a whopping 11 seconds typing on a keyboard to find it. Maybe they can get their kids to show ‘em how.